A Wake County court approved new redistricting maps Wednesday for North Carolina’s 2022 elections. But parties on both sides of the lawsuit appealed within hours of the ruling. Those appeals were denied late Wednesday by a ruling from the N.C. Supreme Court.

The court rejected the GOP-drawn Congressional map, instead choosing a map drawn by the court’s special masters, who were tasked with analyzing the maps. The court approved the legislature’s maps for the North Carolina House and Senate that the General Assembly passed last week.

The General Assembly appealed the new congressional map. The League of Conservation Voters, one of the plaintiffs, appealed the North Carolina Senate map. The N.C. Supreme Court denied the motions to block the Wake County court's decision. The groups could appeal to the U.S. Supreme Court. Candidate filing is scheduled to start Thursday morning at 8 a.m.

“Today’s ruling is nothing short of egregious. The trial court’s decision to impose a map drawn by anyone other than the legislature is simply unconstitutional and an affront to every North Carolina voter whose representation would be determined by unelected, partisan activists,” Republican House Leader Tim Moore said in a statement.

“Let me clear: this court has effectively taken a hammer to our state constitution and the rule of law, and I will appeal this ruling with respect to the congressional map immediately on behalf of the voters,” Moore said.

On the other side of the lawsuit, North Carolina League of Conservation Voters Executive Director Carrie Clark said, "We are proud to have secured the historic state Supreme Court ruling that resulted in a bipartisan state House map, and applaud the trial court on producing a congressional map that meets the Supreme Court’s mandate."

"However, we are disappointed this panel approved a state Senate map which fails to treat all citizens fairly and equally, regardless of party, race, or region," she said.

It's unclear if the appeals will delay candidate filing, which is scheduled to start Thursday morning at 8 a.m.

The state Supreme Court tossed out maps drawn by the Republican-led legislature, finding that they were unconstitutionally gerrymandered. The maps gave the GOP an unfair advantage and took power away from Black voters and Democrats, the court’s Democratic majority ruled.

A three-judge panel in Wake County was in charge of picking new maps for North Carolina’s 14 congressional seats and the state House and Senate. The three-judge panel that chose the maps is made up of two Republicans and one Democrat.

The new maps give Republicans a "slight advantage" in the North Carolina House and Senate, according to an analysis from the Associated Press. But it would be possible for Democrats to win majorities in the General Assembly if there's a "blue wave" during an election year.

The governor criticized the new North Carolina Senate map shortly after it was approved by the court.

“Today’s decision allows a blatantly unfair and unconstitutional State Senate map that may have been the worst of the bunch. That is bad for North Carolina because it strips voters of their voice in our democracy. Our elections should not go forward until we have fair, constitutional maps," Gov. Roy Cooper, a Democrat, said Wednesday.

The court found the House and Senate maps met the guidelines set by the North Carolina Supreme Court. But, the three-judge panel said, the congressional plan from the General Assembly did not meet the Supreme Court's standards.

Unless one of the parties appeals the maps to the North Carolina Supreme Court, candidate filing for the 2022 primaries is set to begin at 8 a.m. Thursday. The primary election will be on May 17. 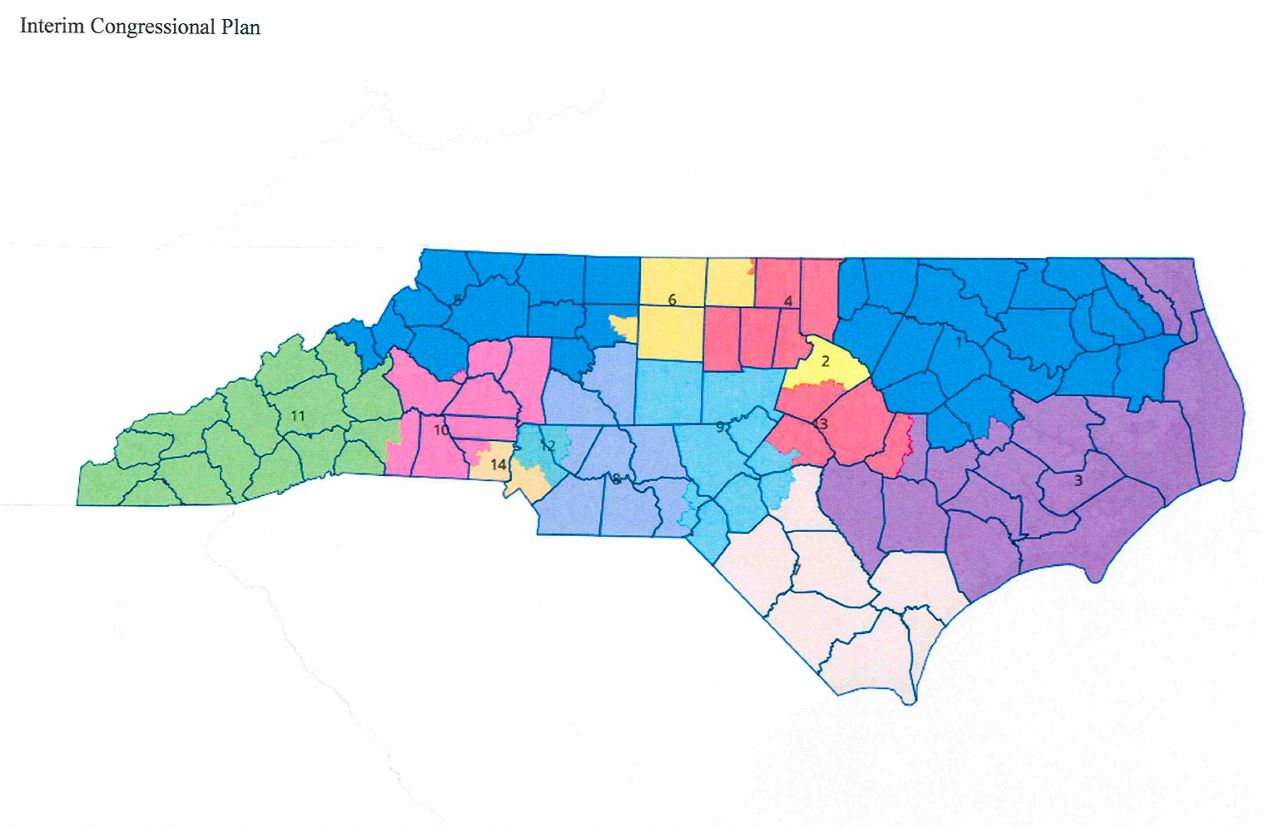