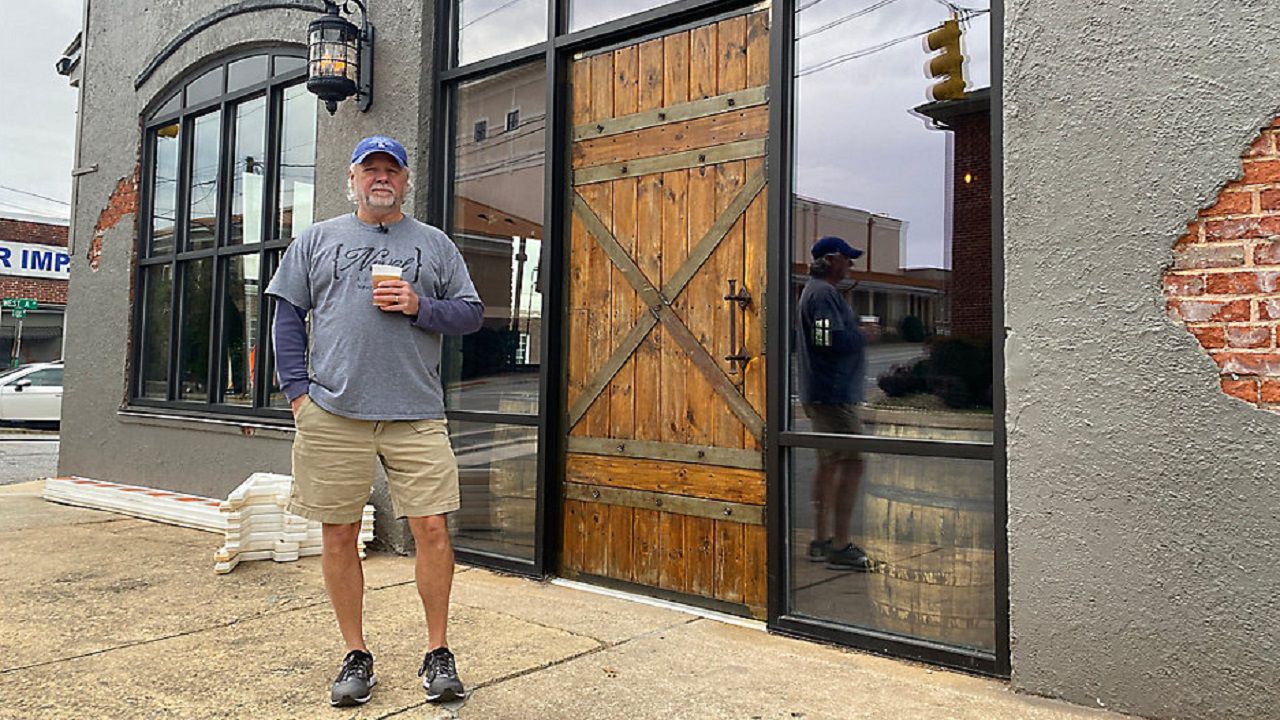 Jeff Allen, owner of Novel Taproom, pushed for the city of Newton to approve a downtown social district.

'Benefit all of us': Newton taproom owner excited about new social district

NEWTON, N.C. — The owner of Novel Taproom in downtown Newton, Jeff Allen, was born and raised in Catawba County.

Charlotte developers have been investing in downtown Newton, naming the new social district as an attraction

He graduated from Newton-Conover High School and then moved to Charlotte with his wife.

Forty years later, Allen came back to Newton with his heart set on opening a business.

Novel opened in the middle of the pandemic, and it has been a popular spot for locals.

Part of Allen's dream in opening Novel was bringing life back into his hometown.

When the North Carolina legislature passed the social district bill, which empowers cities to allow areas where drinking alcohol can be allowed in the streets, Allen jumped at the opportunity to show his support at Newton City Council meetings.

“It will be incredibly beneficial during festivals, during music events, any kind of event we have downtown, it will be great to have in place to utilize it​," Allen said.

Allen says since the city passed the social district, businesses are starting to look into investing in downtown.

Sterchi says he sees a lot of potential in the small town, including its proximity to Charlotte and the high traffic he envisions.

"It's a great town, a quick 45-minute drive to Charlotte, and you can't beat the price points here. I imagine Newton will soon be a small town many will want to come visit," Sterchi said.

The social district has limitations.

Alcohol has to be in a clear plastic cup, properly labeled with the business which sold the alcohol and can only be carried in designated areas.

The days are also limited to Thursday through Sunday.