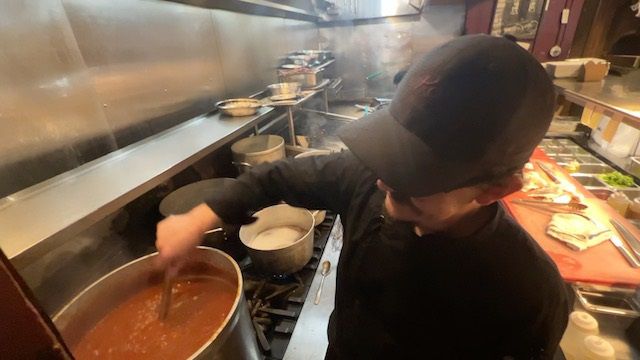 "We are featuring almost 30 different sculptures around town in front of all the businesses," Artisan Ice Sculptures owner Nathan Moran said.

It's a skill Moran learned at Le Cordon Bleu when he interned under a chef that loved to sculpt. It's a fun way to be creative on a medium that doesn't last long.

"If I did one and it lasted forever, I wouldn't get a chance to do it again," Moran said.

He fired up his chainsaw and worked hard to bring Winterfest to life. After looking at all the ice, many people like to warm up at the chili competition. It's a competition that has gone on for decades.

Bistro Roca Executive Chef Seth Parker has been entering the competition from the beginning.

"I have made numerous different kinds of chili for the chili cook off, some which I knew would not be well received with organ meats," Parker said.

Parker has been coming for 28 years but his love of cooking started in his family kitchen, so he says cooking this big meal for Winterfest just made sense.

"It's full of brisket, bacon, chorizo and I'm going to add a bunch of local ground beef to it as well," Parker said.