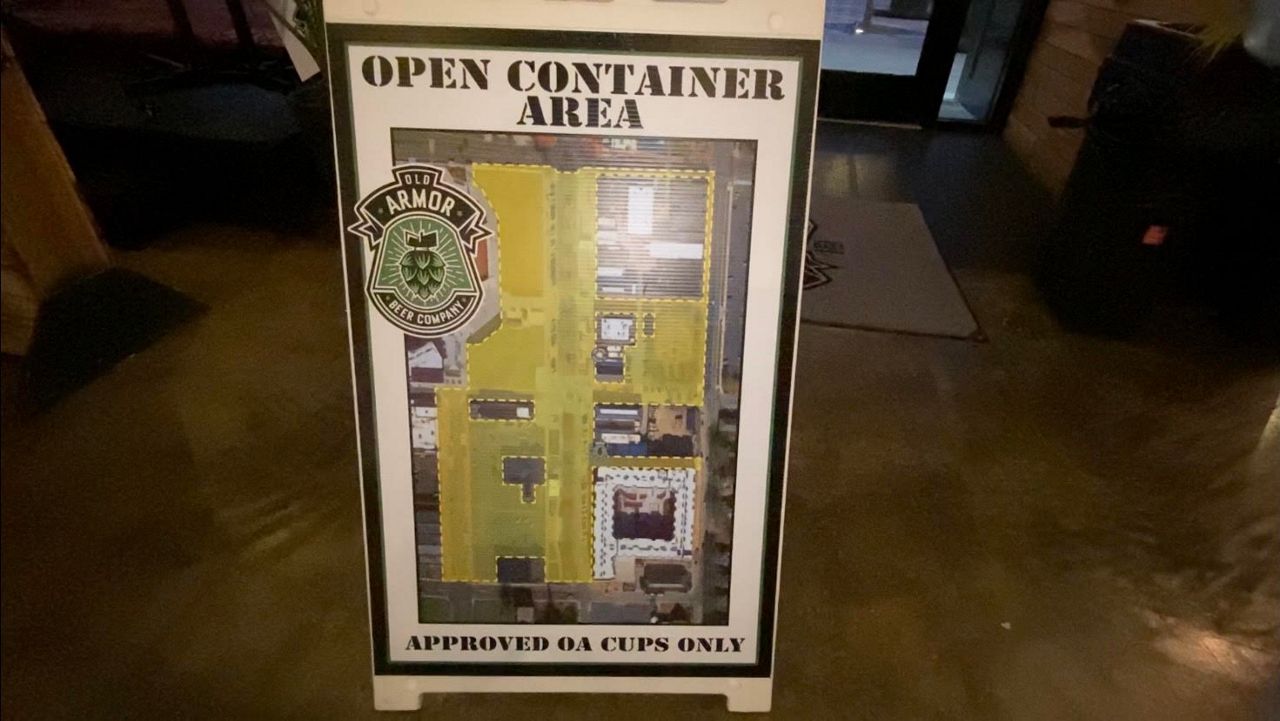 The new law lets counties or cities create a social district. Basically, that's an outdoor area where you can carry open alcoholic drinks in provided to-go cups during specific times.

The social district will begin March 1 in Greensboro. The city is doing this in partnership with Downtown Greensboro Inc., which is helping businesses prepare, with proper cups and signage.

Just down the road in Kannapolis, the social district began last fall during the city’s celebration of Octoberfest.

Kyle Lingafelt is the co-founder of Old Armor Beer Company, which is in the Kannapolis social district off West Avenue. It was the first business to open there in several years among mostly emptly buildings.

Since the social district started, during one Saturday they had over 7,200 people walk through their doors. According to Lingafelt, they had no issues with the new open container law.

"We noticed a drastic increase because people heard about it all through the news and things, and people were like wait, you can grab your drink and just go up and down West Avenue and this beautiful park the city has built? And, we’re like yeah," Lingafelt said.

Lingafelt said the cup "has our logo on it on one side and then the city’s logo on the other side so we can identify where that drink came from."

He says the social district is good for downtown business.

"And it’s honestly just benefited not just us, but all the small business that are up through here, which is really important to us," Lingafelt said.

In Greensboro, the social dristrict hours will be from 12 p.m. until 9 p.m. and in the areas of North and South Greene Street, Elm Street, North Eugene and North Davie Street to LaBauer Park, but City Center Park is not included.