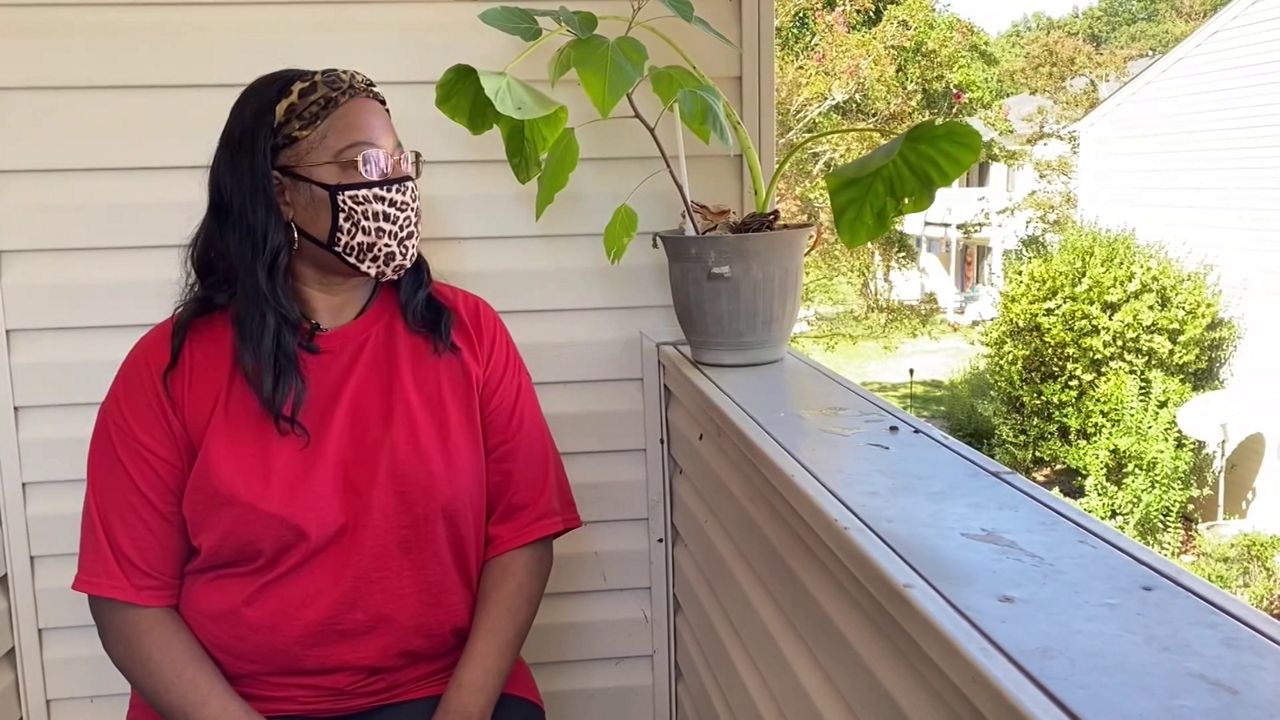 Simone Elliott has lived at Maple Way apartments for 22 years. She couldn’t imagine living anywhere else. That’s why she’s hoping city council will approve much needed improvements on Monday.

Rent at Maple Way will remain between $675 and $900 per month for at least the next 20 years, even with the improvements

Sixth units will be upgraded if council approves funding

Elliott moved in after a crippling blizzard hit New York in 1999. She escaped the snow and tight living quarters. Now, she says she wouldn’t leave it for anything else.

“You’ll never get an apartment this big. They don’t make them like this anymore,” she said.

Not in New York city — or even in other parts of Charlotte — especially not for an affordable price.

The median price for a one-bedroom apartment in New York City was $3,150 per month in 2019, according to Rent Hop.

The median rent for similar apartments in Charlotte is $1,079 per month. However, Maple Way apartments only cost between $675 and $900 — that includes two bedrooms!

But it’s not all a walk in the park for Elliott. The Maple Way apartments were built in 1975. So, after 45 years they could use some renovations.

“This is where a dishwasher should be,” Elliott said as she lifted a cloth covering a cabinet of dishes.

But, Elliott could be a few steps away from an upgraded apartment.

Charlotte City Council is slated to vote on funding improvements to every unit at Maple Way, which could include staircase repairs for safety, installing new water heaters and shower heads.

The nearly $3 million in funds would fix the complex’s common areas, like mailboxes and landscaping.

Elliott is looking forward to that change, but she has concerns.

Elliott is hoping she and the neighbors won’t get priced out.

Charlotte’s Housing and Neighborhood Services Team is recommending they don’t. The city has classified Maple Way as Naturally Occurring Affordable Housing (NOAH) — meaning that even with the upgrades, rent for tenants would not exceed $900 a month for at least the next 20 years.

The developer is requesting $1.4 million from the City’s Housing Trust Funds and $1.5 million in Charlotte Housing Opportunity Investment Funds (CHOIF) from the Local Initiatives Support Corporation.

If the city council approves funding for Maple Way, the renovation process will start in November and be completed by the end of the year.

Here is the full list of affordable housing properties Neighborhood and Services is requesting development support: