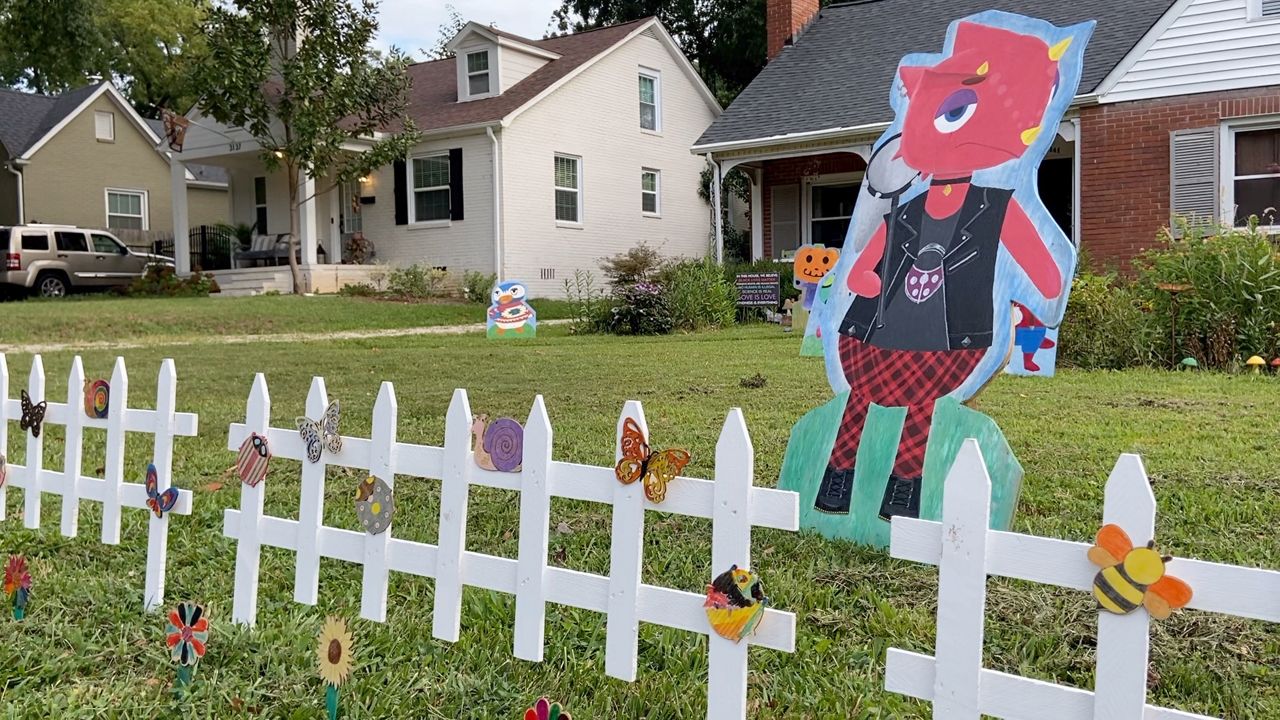 CHARLOTTE, N.C. — When Steph Przystanski began playing the Nintendo video game Animal Crossing a year and a half ago she never imagined it would become so addicting.

“I got really sucked into it,” she said. “It took over my life almost, and now I had to create my own little characters so they could be living in my neighborhood for real.”

This event typically showcases around 90 to 120 yards each year

Last year the Charlotte science teacher transformed her yard into her own real-life island.

This year Przystanski is bringing her characters back with a few added touches.

“I don’t like wasting things, but there’s like so many characters that I can just keep going,” she said.

All this work is in preparation for one big event — Yard Art Day.

People across the Charlotte area decorate their yards for this event that takes place every Labor Day.

Every year Tom Petaccia wakes up early to visit all the yards.

“I just want to see what people do, because it runs the gambit,” Petaccia said. “It can literally be anything.”

Petaccia is one of the event coordinators and says this year there were around 65 participants, a 30% drop compared to last year.

This event typically showcases around 90 to 120 yards, but despite the turnout, Petaccia says this event is all about showcasing creativity.

“My personal feeling is that the more creative you are, (and) the more you use your imagination, the more of a healthier human being you are,” he said.”

For Przystanski her yard is a way for her to connect with her neighbors.

“We have people in our neighborhood, they’ll say, 'oh, my kids love going on their stroller and seeing the little characters,' so they don’t know really what it's from, but they like seeing them,” she said.

She loves this event and Animal Crossing so much, she’s already planning out her yard for next year’s big event.

“My husband’s like, 'we gotta build a house … like a fake house and have people paint it so get ready for next year,'” Przystanski said.

This year’s participants are not only in Charlotte, but Durham, Concord, Monroe and even as far as Colorado and Washington.

If you want to check out all the different yards, you can find the complete list here.