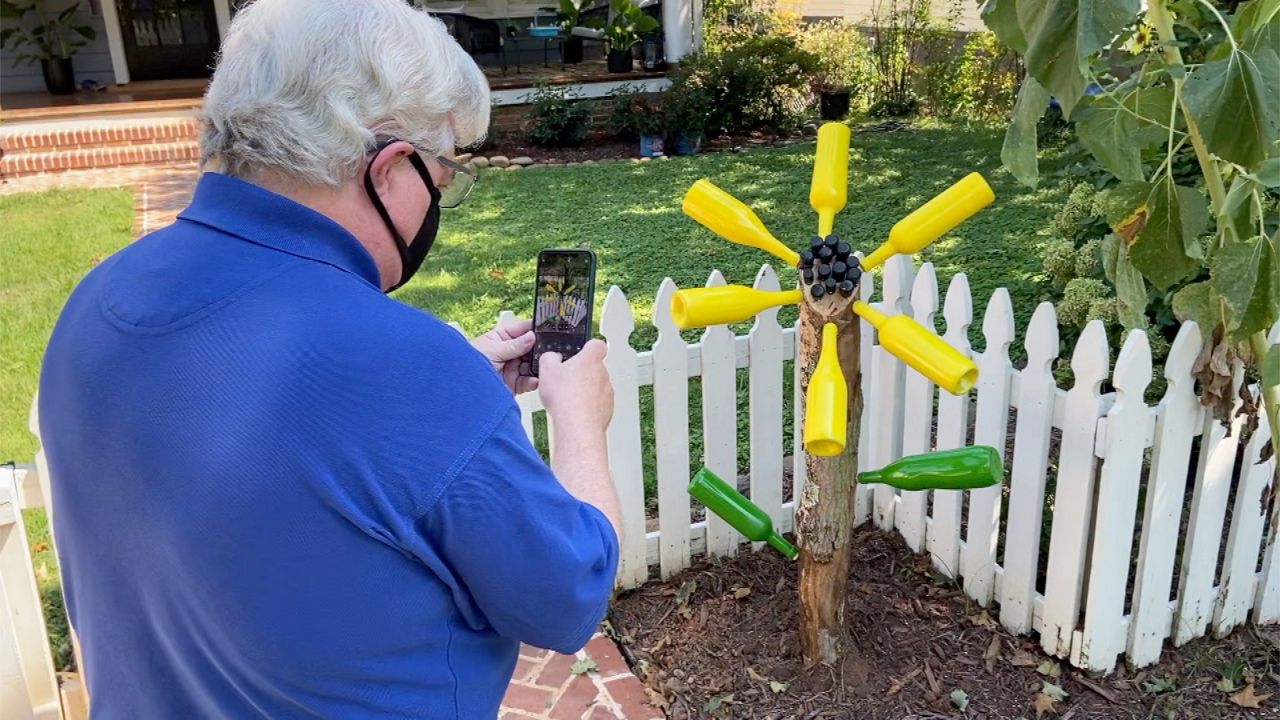 CHARLOTTE, N.C. -- Every Labor Day Tom Petaccia travels through the city of Charlotte to check out yards.

Front yards are decorated for Yard Art Day, and it’s an event Petaccia has helped coordinate for the last six years.

“You can’t stop creativity," he says. "We have artists all over the place in Charlotte, and this is just one more way they can get out and show what they do.”

Petaccia says this year they had 130 homes participate, and says this event is designed not just for artists, but anyone who wants to showcase a little bit of creativity.

“We want to encourage people who have training and not have training to participate," he says. "Just explore your creativity and whatever comes out stick it in your yard.”

After years of viewing yards, Stefania Przystanski and her husband decided to participate and model their yard after the Nintendo game Animal Crossing.

Przystanski says one of the best parts about participating is getting a chance to interact with different people.

“The coolest thing that happened today is a family stoped by…lots of families stop by, and they said that they’re new to Charlotte and so this was perfect for them to get to know a new city," she says.

Petaccia hopes this event not only allows people to get to know one another, but also see the amazing talent that lies within the yards of Charlotte.

He says Yard Art Day has grown since it first started in 2012, and is now celebrated in other states like South Carolina, New York, and Michigan.