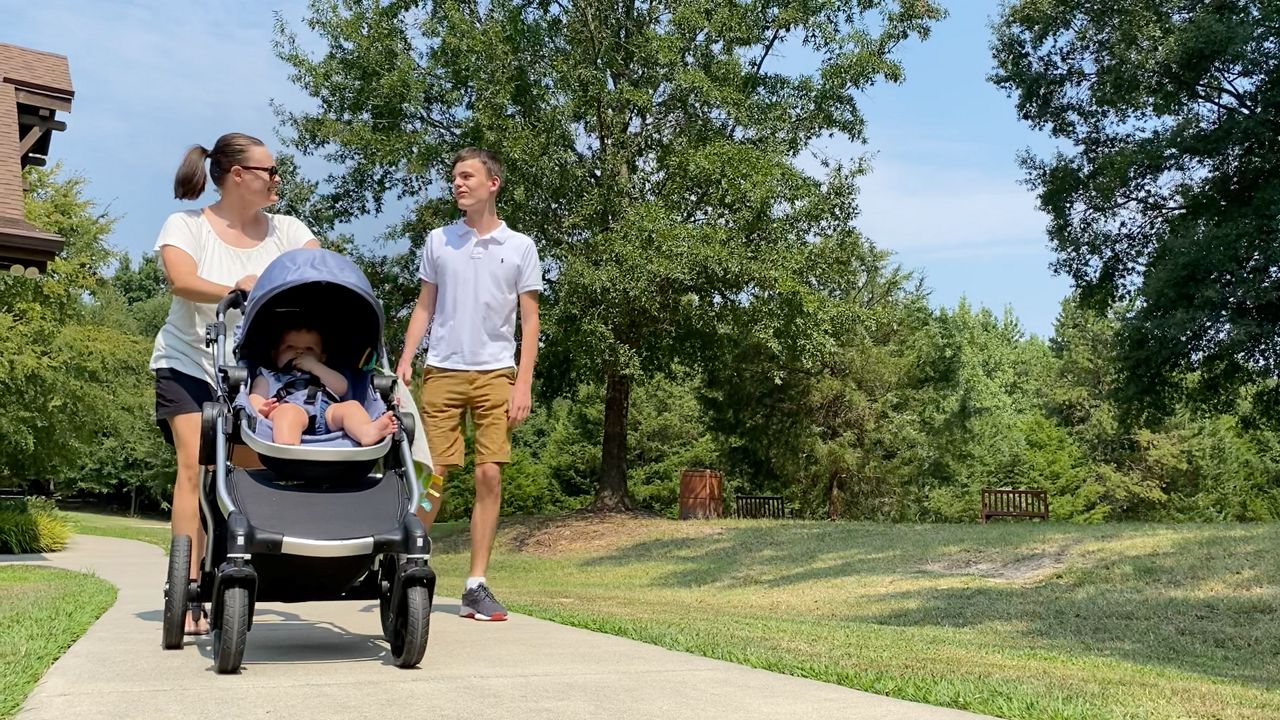 Union Co. Board of Education to hold emergency meeting as student leads charge to mandate masks

UNION COUNTY, N.C. — As COVID-19 case counts increase across the country, due to the delta variant, the Union County Board of Education added a COVID-19 update to its Wednesday meeting agenda. It's a potential sign it could revisit its mask policy.

The meeting, which was originally considered a "special called" meeting, is now considered an "emergency meeting," according to an email from a UCPS spokesperson.

A student's petition to require masks in UCPS has more than 3,000 signatures

Unclear what the board will do Wednesday night, if anything, after deciding to make masks optional earlier this summer

Originally, the special called meeting, which was announced Monday night, only had two items on the agenda. They were listed in an email as, “1. Academic Support Plan 2. Transportation Update.”

A second email Tuesday night, updating the agenda, added a vague, “COVID-19 update.” It’s unclear what the update will entail and if any votes will be taken.

Spectrum News 1 has asked the Union County Board of Education if it plans on reversing its optional mask policy decision, however, they have not responded to our inquiries.

In an interesting note, a UCPS spokesperson noted the meeting was no longer a 'special called' meeting, but instead an 'emergency meeting.'

The meeting will be held over Zoom and streamed on the board of education’s YouTube page, starting at 5:00 p.m. Wednesday.

Earlier this summer, after a board vote, Union County Public Schools announced masks would be optional in schools for both staff and students. UCPS also said they would not mandate vaccines for staff and eligible students.

“One thing I want to let the public know and parents know, face coverings are a parent choice and their student’s choice. We are not expecting our staff members to monitor face-coverings and do any kind of monitoring. Procedures for students, they make a choice, we want them to feel comfortable with the choice they make,” said Assistant Superintendent Jarrod McCraw during the board’s last regularly scheduled meeting on August 3.

“My family and I, especially my two boys, thank you a million times for making masks optional at the last meeting. I immediately went home and gave the news to my sons and my 7-year-old said, ‘Yay! I can breathe,'” one mom said.

“I urge the board to remember that the function of UCPS is to provide children with an education and not medical care,” added another parent.

The public comment section of the August 3 board meeting stretched for roughly an hour as parents weighed in on vaccine pushes, mask policies and teaching critical race theory.

“This was also about more than just the mask. Around our country we are seeing an attack on parental rights as an offshoot of the attack on individual rights,” another mom claimed.

Other districts across North Carolina, and the country, made similar decisions to make masks optional. However, as districts head back to school and delta variant case numbers soar, some have started reversing the decision.

One Marvin Ridge High School student is hoping Union County is the latest district to change its mind.

Colton Hamilton, a rising sophomore, is putting his social studies classes into action. Earlier this year, he wanted to go back to school and was hopeful he would be able to safely. Now, he’s not so sure.

“I was looking forward to it, but then I realized this delta variant’s pretty dangerous,” Hamilton said.

Hamilton missed the first taste of the in-person high school experience last year, opting to spend freshman year at home due to his mom’s high-risk pregnancy.

“Being virtual was okay, I mean obviously it doesn’t replace being in the building by any means, but it kept me safe, it kept the people around me safe, although personally I would like to go back to school safely at this point,” Hamilton explained.

So, earlier this month Hamilton started a petition, asking the Union County School Board to mandate masks to start the school year. He feels it is part of his duty to protect his siblings, including his new baby sister.

“My mom said as a big brother it’s my job to protect my two little sisters. And you know, one of my sisters is going into fourth grade, and the other one is 7 months old, so she’s not really at the schooling level yet. I just think it’s important to protect them so that way they are safe, they feel safe and because I just love them so much,” Hamilton added.

Hamilton’s petition has more than 3,000 signatures. “We are still exactly two weeks away from the start of school, and the UCPS BOE is still not budging on requiring masks for everyone at the start of the school year. Please remember to share, call, and email,” Hamilton wrote in an update on the petition earlier this month.

The CDC currently recommends all students, staff and visitors wear masks inside school buildings, regardless of vaccine status. "Due to the circulating and highly contagious delta variant, CDC recommends universal indoor masking by all students (age 2 and older), staff, teachers and visitors to K-12 schools, regardless of vaccination status," the CDC states on its website.

Hamilton said he understands parents’ desire for a choice, but also said he is thinking of those unable to make a choice, which could impact their health.

“I understand where you’re coming from, and I know everybody’s tired of wearing a mask, but personally I think right now it’s time to listen to science and maybe one day in UCPS we can go no masks, hopefully this year,” Hamilton said.

Hamilton told Spectrum News 1 he felt encouraged to start his petition after what happened at Union Academy.

Masks were optional for the new school year, and within the first few days, more than a hundred students were quarantined due to COVID-19 exposure with more than a dozen positive cases, according to a press release from Union Academy.

Union Academy’s first day was July 26. By August 2, the day of the press release, Union Academy said it had 14 active COVID-19 cases and more than 150 staff and students in quarantine.

“In an effort to keep students in the classroom, UA is now requiring all students, staff, volunteers and visitors to wear face coverings indoors,” the press release stated.

The academy said it would reconsider the decision in early September.

“I feel like I need to do what I need to do to keep people safe, because I’ve always been told to use my voice and believe in something,” Hamilton said.

He, like the rest of Union County’s parents, students, teachers and other school staff, will watch Wednesday night’s meeting to see if Union County’s school board members will keep their existing policy in place or change their minds.