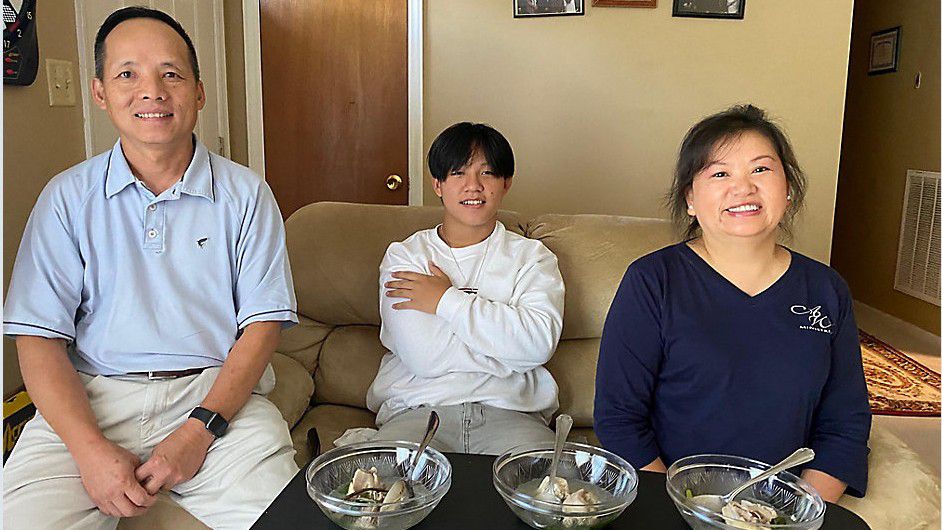 GREENBSORO, N.C. — Olympic gold medalist, Sunisa Lee is inspiring the world to learn more about Hmong refugees and their families.

Lee's parents fled Laos during the Vietnam War and arrived in the United States as refugees, just like Mae Yang and her husband Thao

Lee stepped on a national stage, paving the way as the first Hmong-American to win the all around gold medal. Her story is an inspiration to others as her family struggled to flee Southeast Asia in the late 1970s. Lee's parents fled Laos during the Vietnam War and arrived in the United States as refugees.

It's a story that Greensboro resident, Mae Yang and her husband Thao, can relate to as they too fled Laos during the war and even stayed at the same refugee camp as Lee's parents in Thailand before coming to the U.S. Mae Yang has been in America for 37 years, and although her and her husband are American, they still feel connected to their roots. Mae Yang said Lee's win puts the Hmong community on the map and opens new doors for opportunity.

Mae Yang and her husband, Thao, and her son, Tou Cheng, continue to watch re-runs of her performances in Tokyo. The two are amazed by her and her accomplishments and said Lee will encourage more people within their community to reach for the stars.

“I feel like, in the future, we will see a lot more Hmong people prominent, out there doing things that Hmong people have never been known for, and I’m really happy to start seeing that and to know that she’s part of our community, it’s really special," Tou Cheng said.

“We love her the moment we see her win, I mean I actually teared, I said 'oh my goodness, I just love her too much,' she’s like my child to me," Thao Yang said.