'You have to be brave': Home seekers struggle to find a house

CHARLOTTE, N.C. – A couple in the Queen City is looking to downsize from their south Charlotte home, but finding their new home has not been easy.

Darryl Forbes loves to cook so he wants a nice kitchen in his next house. His wife, Cynthia, wants a house that doesn't require a lot of work.

“We've learned not to get attached first of all. We've made that mistake in the past,” Cynthia Forbes said.

They began their house search three months ago, but houses are flying off the market. 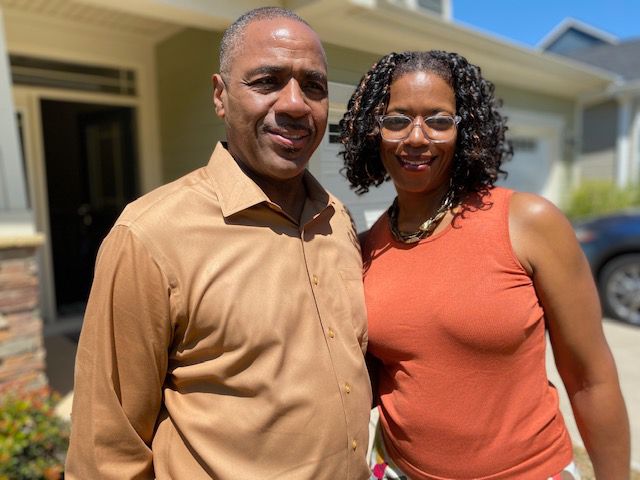 Darryl Forbes and his wife, Cynthia.

The Canopy Realtor Association says the number of homes for sale in the Charlotte Region has dropped 67% from this time last year. The number of days a house is on the market is also half of what it was.

“You would think with COVID being such an enemy, real estate would come to a standstill. Not so,” broker Valarie R. Brooks said.

Brooks said people are flocking to the Charlotte area because it's more affordable than other cities. What's making it hard for potential buyers is who's competing for the homes.

“What they’re running up against is investors and hedge funds that are offering sellers cash for their money,” Brooks said.

That leaves buyers not able to match the offers, and sometimes it leaves sellers with too many options.

“If you have 20 offers in front of you, that's not an easy thing to decide ... that can cause brain drain,” Brooks said.

And Brooks said when sellers sell their home, they struggle to find a new one to move into.

Not only is finding a house difficult, the price has also gone up. The average list price is up 24% to $416,042 in the Charlotte region, according to the Canopy Realtor Association.