The North Carolina Highway Patrol caisson brought each casket into the Convocation Center one by one before the funeral Thursday. (Photo: Charles Duncan)

‘Our sons were taken’: Two Watauga deputies laid to rest

BOONE, N.C. — Police officers and sheriff’s deputies from across the region gathered in North Carolina’s High Country Thursday. They were there to escort the bodies of K-9 Deputy Logan Fox and Sgt. Chris Ward, killed by a gunman while responding to a call April 28. 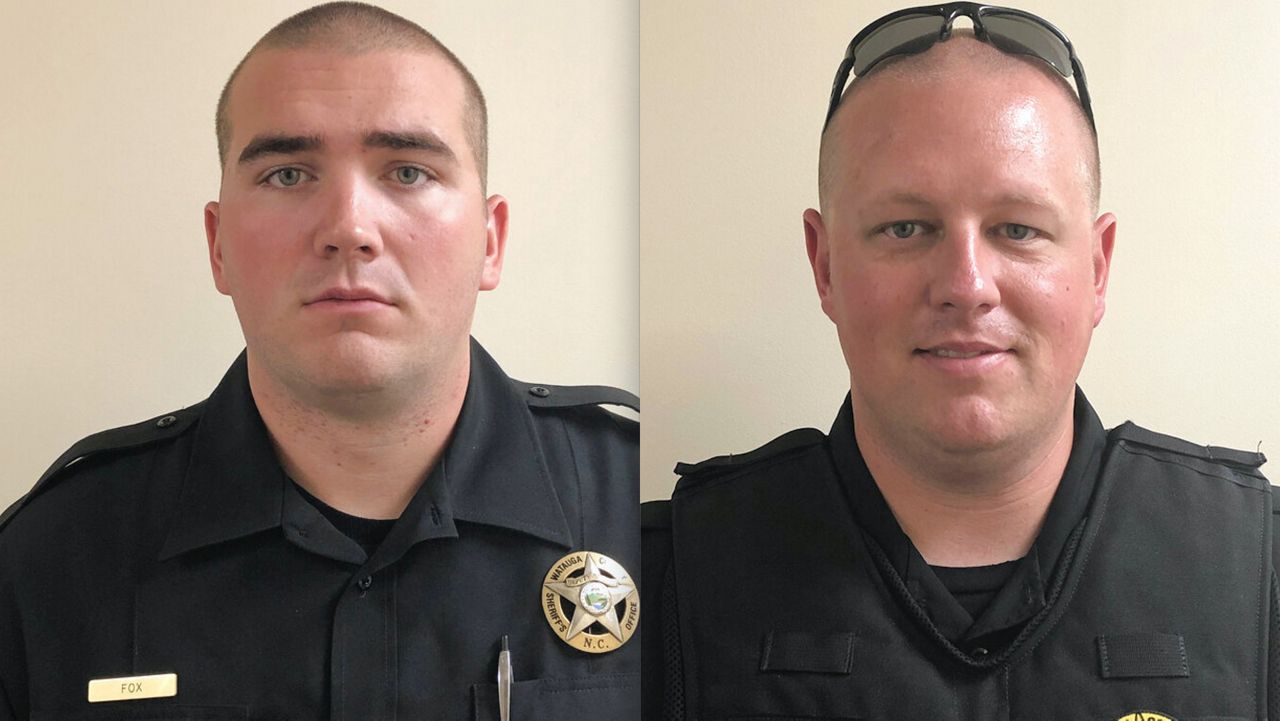 Watauga County K-9 Deputy Logan Fox and Sgt. Chris Ward were killed while doing a welfare check on a home in Boone April 28.

Mourners, many in dress uniform, filled the Holmes Convocation Center, which is the arena at Appalachian State University.

A procession, with the caskets draped in American flags, brought the men one by one into the Convocation Center by horse-drawn caisson. The caskets were set before the stage.

“Our sons were taken, but God gave his son,” David Ward and Timothy Fox, the fathers of both men, said as they spoke together from the podium. “Our sons were here to protect and love and care.”

Calling each other brother, the fathers hugged through tears after they spoke.

Dozens of deputies and police officers brought their dogs forward to salute the men.

Fox had been with the Watauga County Sheriff's Office for two years. He had previously served as a deputy in neighboring Ashe County.

Ward, a former police officer in nearby Beech Mountain, had been in law enforcement for eight years. He left behind a wife and two children, ages 5 and 19.

Watauga County Sheriff Len Hagaman described the black monument in front of the sheriff’s office, with the names of police officers and deputies killed while on duty in the county.

He read off the nine names on the monument. “Two more names must now be carved into that black monolith,” he said.

According to the sheriff's office, Isaac Alton Barnes killed his mother Michelle Annette Ligon, 61, and stepfather George Wyatt Ligon, 58, in the home before deputies showed up. 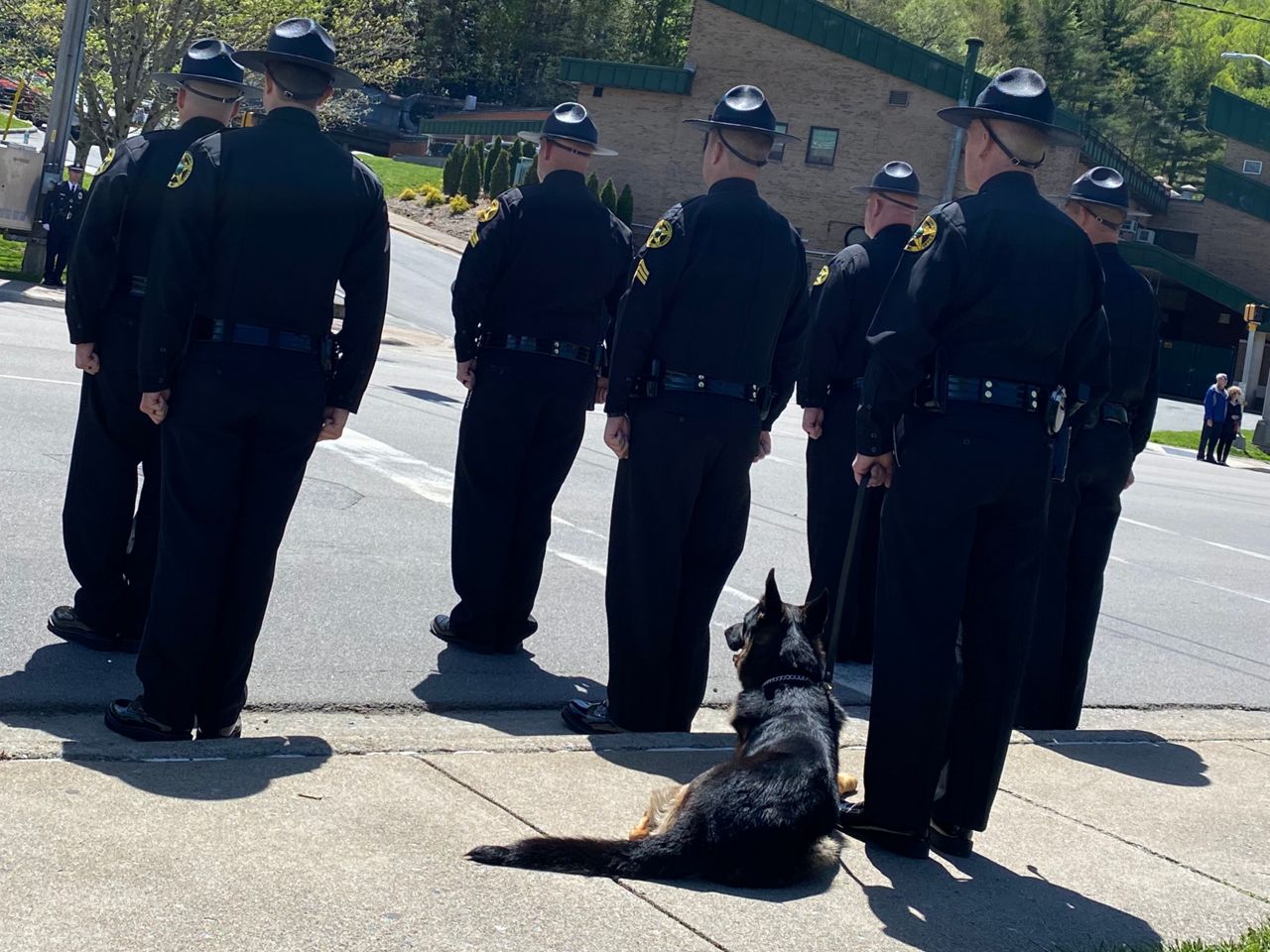 Barnes, 32, killed himself during the 13-hour standoff with police and deputies.

The deputies went to the home after the Ligon's coworkers called 911 because they hadn't shown up for work.

According to the sheriff, Fox and Ward knocked on the door and went into the house. They were shot as they walked downstairs from the main level of the house, the sheriff said.

Fox died in the home. A rescue squad with deputies and police managed to pull Ward from the house, the sheriff's office said. He was flown by helicopter to a hospital in Johnson City, Tennessee, where he later died from his injuries.

Watauga County Emergency Communications sent out a final 10-42 radio call for Ward and Fox, marking their end of watch.

A 21-gun salute bid farewell and a bugle played taps for the two men.