Hundreds of people marched in Elizabeth City Wednesday night, protesting after sheriff's deputies shot and killed a man earlier in the day.

Andrew Brown, Jr. died after being shot by Pasquotank Sheriff's Office deputies Wednesday morning, the sheriff's office said. Deputies were serving a search warrant on the 400 block of Perry Street, an area of single-family homes not far from the city's waterfront, according to authorities. ​

Sheriff Tommy Wooten said the deputies on the scene were wearing body cameras, and they were recording at the time. Wooten promised transparency in the investigation.

Live video shared on Facebook showed a tense scene between community members and officers (warning: explicit language). A line of police and sheriff's deputies surrounded the house where the shooting happened and dozens of community members have gathered at the police line, the video shows.

The sheriff said he was bringing officers in from neighboring departments "to ensure the safety and protection of the citizens in our community." All Pasquotank County offices near downtown Elizabeth City shut down at 1 p.m. Wednesday, according to the county, and the city council had an emergency meeting at 6 p.m. 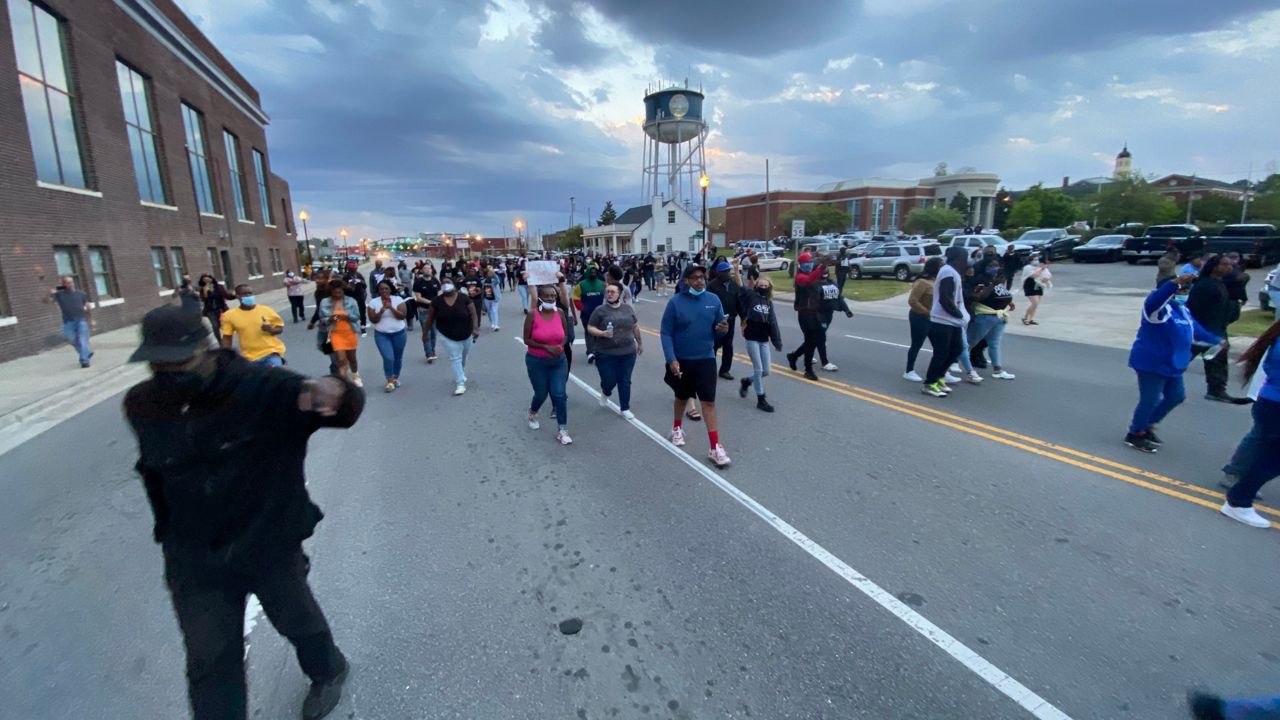 Protesters gather and march in Elizabeth City after a Black man is shot and killed by deputies. Patrick.K.Thomas@charter.com

Around 5:30 p.m., people gathered peacefully, carrying signs, marching in the streets, and some were wearing shirts with a photo of Brown.

The North Carolina State Bureau of Investigations is now in charge of the investigation, which is the standard practice when police are involved in shootings.


#Today A a statement from NC NAACP President Rev. Dr. T. Anthony Spearman about the shooting & killing of Andrew Brown reads: “Here we are again outraged to hear of yet another Black man dead, allegedly at the hands of those who are supposed to protect and serve.” @SpecNews1RDU

"We will conduct a thorough and complete investigation," she said during a joint press conference. Agents will then turn the investigation over to the district attorney for possible criminal charges, Rogers said.

"Our agents are fact-finders," she said.

"We are going to wait for the full and complete investigation," District Attorney Andrew Womble said at the press conference. "This will not be a rush to judgment."

"What we are looking for at this time will be accurate answers and not fast answers," he said.

Elizabeth City’s Fourth Ward Councilman Darius J. Horton, whose district is near the scene, said he heard from constituents demanding answers shortly after the shooting. But the newly elected council member didn’t know anything that what was not already public knowledge. 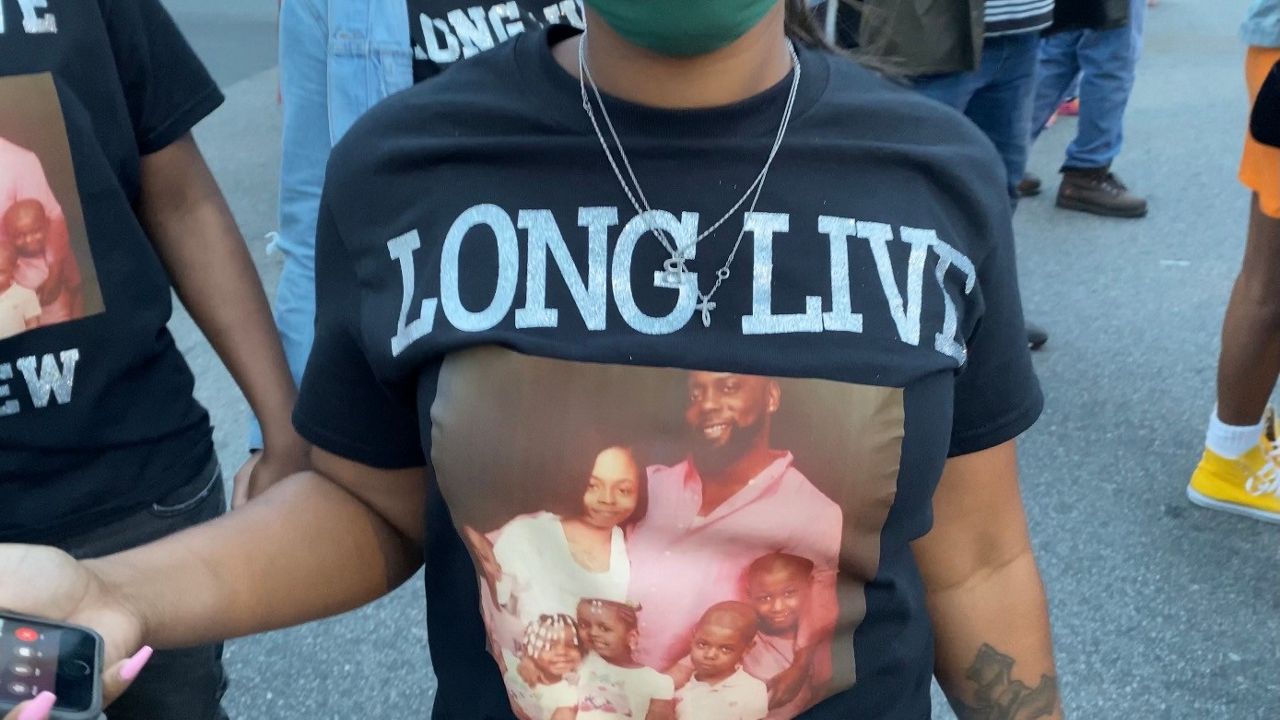 Some protesters where t-shirts that show a picture of Anthony Brown Jr. with his family Patrick.K.Thomas@charter.com

“What concerns me now is how little information is being put out by our sheriff. I’m calling for accountability and accuracy. We want to know what happened. As an elected official people are calling me and I don’t have any answers,” Horton said before the sheriff's press conference.

“The nation is going through so much and for something of this magnitude to happen in this community, I was shocked and hurt and thinking about our community and how it would respond if this is an injustice,” Horton said. “We want transparency and accountability.”