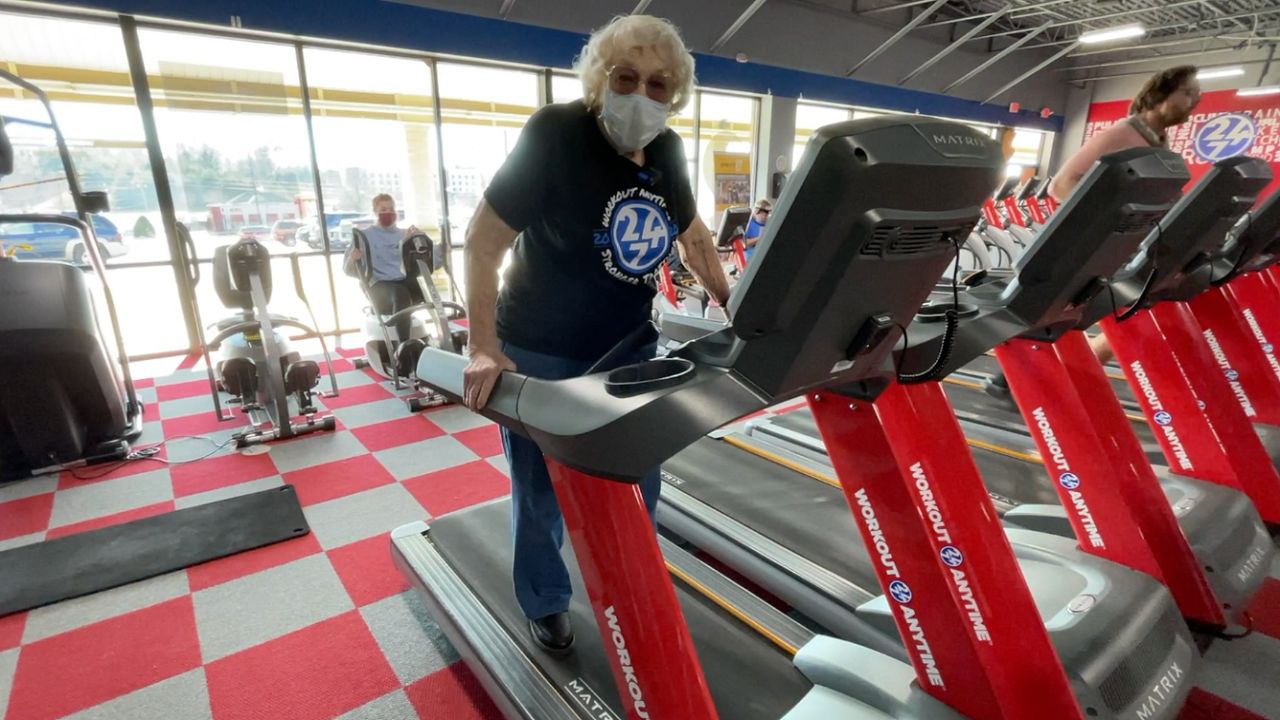 WEAVERVILLE, N.C. — We're three months into the new year, a dreaded time when people start slacking off on their New Year's resolutions. Usually at this point, your fitness goals have been scraped, but if you need motivation, we have it.

A 96-year-old Weaverville woman is still finding time to get her sweat on.

“You got to keep moving," Margaret Morrow says. She's a member at Workout Anytime.

"I'm 1,593 months, or 96 years, whichever one sounds better," Morrow says of her age, which isn't holding her back from her fitness goals.

Several years ago, Morrow broke her leg and it put her out of commission for about four years. But she didn't let that stop her.

What motivated her to get back into the gym was knowing she needed to build back strength in her legs. Morrow wanted to get them back to almost 100% of what they were before the injury.

She even still drives herself to Workout Anytime, if weather permits. If it's bad out she asks her "boyfriends," aka the staff at the gym, for a ride.

"He always tells me he'll take my keys away if he finds out I'm driving," laughs Morrow, talking about her son who also gives her rides.

When she's at the gym, she's either on the treadmill, a bike, or on the hydromassage bed getting "shook up", as she calls it. For days when she can't make it, she does have a treadmill at home.

But Morrow also enjoys the gym for social reasons as well.

"I like everybody. I love people," Morrow says. "I get my boyfriends to stand around and talk to me.”

Among her "boyfriends" is the general manager of the gym, Matthew Peek.

Peek says this is the time of year they start to see members fall off. They see a burst of memberships in January but memberships start declining in March.

However, Margaret is consistent with her membership. She’s been coming to the gym for two years now. During that time, she's gotten close to the gym staff — so close, they've even visited her during her stays at the hospital.

"I was here the day Margaret signed up," Peek says. "It was inspiring to have someone of her age want to come in and workout. She motivates us and we try to motivate her."

And she doesn’t plan on stopping. Last year, Morrow made a New Year's resolution at Workout Anytime and she wrote on a purple star that she wanted to turn 96. She did, and they still keep that star.

If Morrow doesn't motivate you to keep working on your fitness goals, what will?