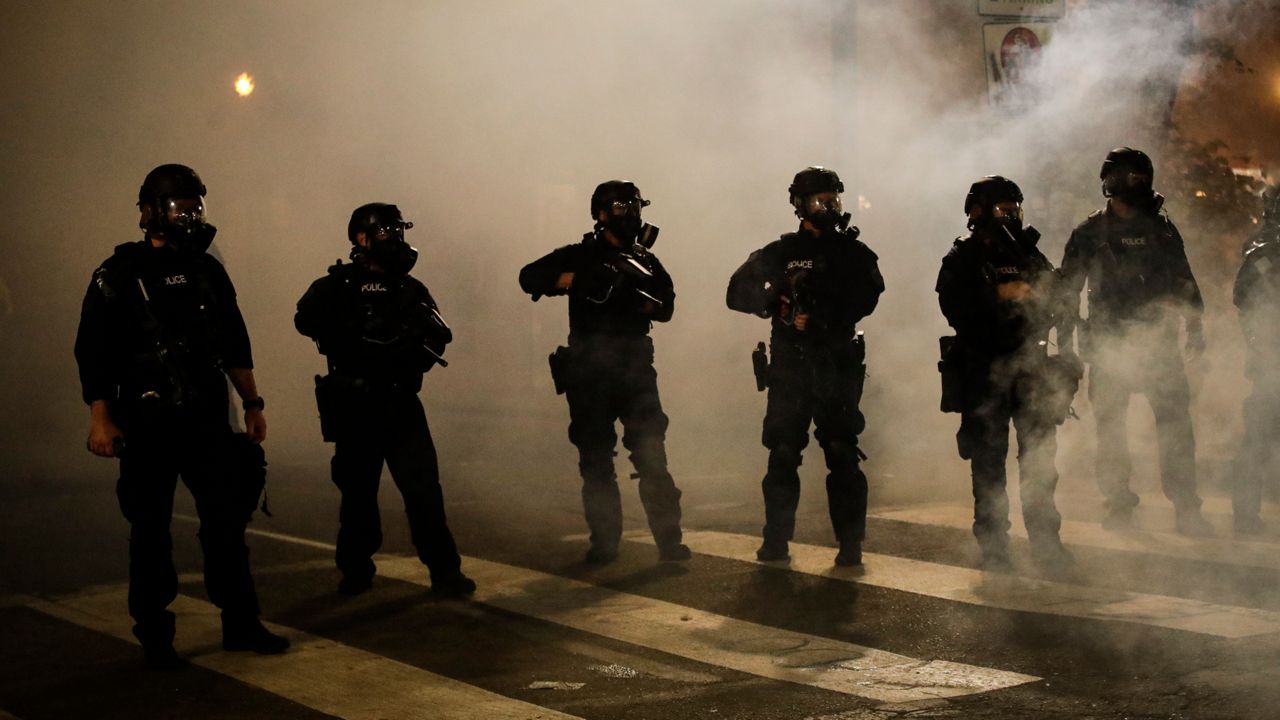 CHARLOTTE, N.C. — Greg Jackson spends a lot of time on the phone.

His work as a community activist and co-founder of the nonprofit Heal Charlotte keeps him busy.

But it's on the frontlines of this summer's protests where he and many other people's voices got a lot of attention.

But what does justice look like from the justice system?

“Too often Black people have been treated differently than white people and that is not how our justice system is supposed to work,” North Carolina Attorney General Josh Stein says.

“If you're obeying the laws and peacefully protesting you're fine, and we stand with you, and we support with you,” North Carolina Attorney General candidate Jim O'Neill says.

Stein, a Democrat, is looking to keep his seat this November.

O'Neill, a Republican, is the Forsyth County District Attorney and is also running for the attorney general position this November.

They differ on whether systemic racism exists in the criminal justice system.

“I have never personally witnessed anyone make a decision about whether they are going to arrest somebody or not arrest somebody, or proceed with a case based on someone's race,” O'Neill says.

“I would say there's systemic racism everywhere, you see it in our schools, you see it on our healthcare system...we have to do a better job,” Stein says.

The job partially falls to an attorney general.

O'Neill says he helped craft the state's Second Chance Act, which makes it easier for some people with nonviolent felonies and misdemeanors to get their record expunged.

“Other folks in other counties have picked up on it...this is being used in the major counties in North Carolina,” O'Neill says.

Stein was recently appointed by Gov. Roy Cooper to the recently created Task Force for Racial Equity in Criminal Justice.

Stein says it has already come up with a number of recommendations, including a ban on chokeholds and having officers intervene and tell a supervisor when another officer is using excessive force.

“We recommend that the courts adopt a rule that forces judges to take into account someone's ability to pay a fine or a fee before it's levied because what we don't is to criminalize poverty,” Stein says.

Jackson says structural changes are crucial, but they must be tied in with relationship building.

“Recognizing who's the community conduits that are in these neighborhoods and how do we pair them with some of the law enforcement that are ready to get better community relations, and I think that needs to happen on the state level,” Jackson says.

Stein is running for his second term as attorney general. He was previously a state senator.

O'Neill has been the Forsyth County District Attorney since 2009.