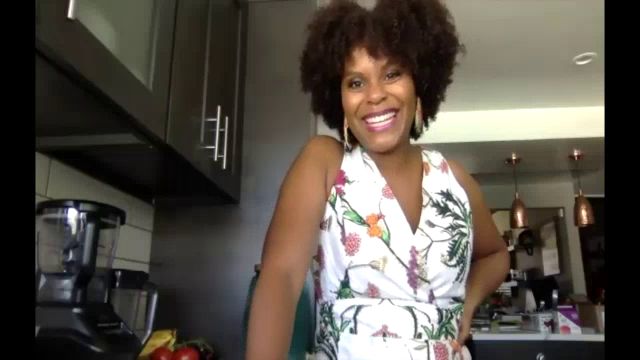 Tabitha Brown is taking social media by storm. The actress is known for her vegan cooking videos and motivational messages on Tik Tok. With more than 3 million followers, Brown is enjoying her success and never forgets her home. She was born and raised in Eden and lived in Greensboro for five years.

She reflects, "That is my foundation. What made me who I am. What people love most about me in the Eden inside of me, the North Carolina inside of me."

The breakout star was introduced to Tik Tok by her daughter, Choyce, in March. Brown wanted to learn how to do the viral "Renegade" dance. Her attempt was her first video to take off.

"Wait a minute, my daughter is asking me. Let me see what this Tik Tok is talking about," she thought.

When Vegans get on Tik Tok! ##vegans ##Tabithabrown ##foryou

In just a day, the video had thousands of views. Brown decided to branch out into plant-based cooking videos. She made the switch to a vegan diet after falling ill with an unknown auto-immune condition.

Back in 2017, Brown initially began sharing her vegan journey on Facebook, but expanded her platform to Tik Tok. Her video creating carrot bacon landed her international recognition.

Since March, Brown has been featured in the New York Times and was signed with top acting group, Creative Arts Agency. She's now working on two television shows, one of which features her and her family.

"I get to share my life with the world on a bigger platform, I get to tell stories and imitate life and do what I love to do which is acting and bring characters to life," she says.

Tabitha Brown says she's thankful she's never given up on her career and encourages others to chase their dreams, no matter how long it takes.

You can watch more of Tabitha Brown's videos on Tik Tok at @iamTabithaBrown.