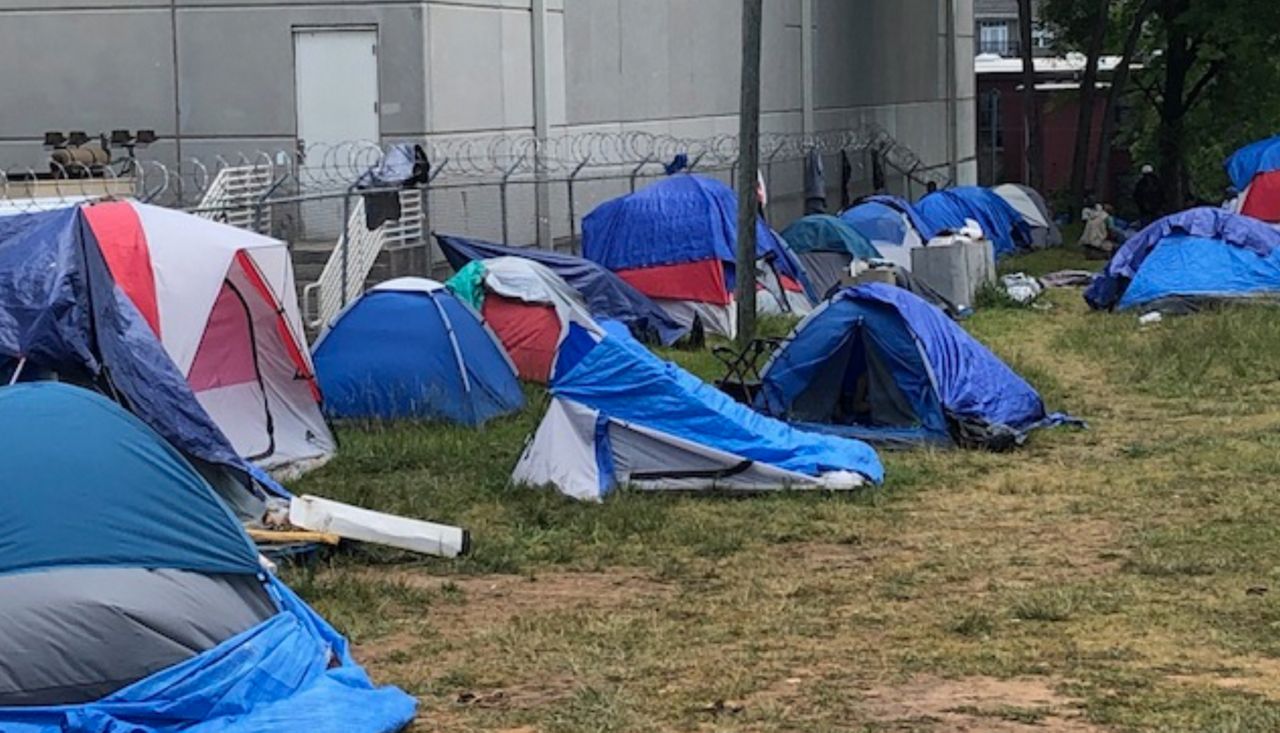 CHARLOTTE, N.C. – On Wednesday evenings a line of cars form in Charlotte that any church pastor would envy.

But the families aren't at the Wedgewood Church in South Charlotte to worship. They are there for food.

“Young people, old people...black, white, Hispanic, every different race coming through this line that needs food,” Nate Turner, who is on the distribution line every week, says.

The church has had a food pantry for years. It used to serve a few dozen families, but now people line up hours before it opens.

“We're seeing people that have never been unemployed,” Turner says. “If it wasn't for food pantries right now, many people would be going hungry.”

What going hungry looks like has come more into focus since COVID-19.

Tent cities, or encampments, have popped up across the city of Charlotte.

At this point, there are no numbers nationally to show there's an been an increase in homelessness since COVID-19 started, but at this encampment there's around 100 tents every night.

Randall Hitt is the Chief Engagement Officer at the Urban Ministry Center and Men's Shelter. The facility houses fewer people than it used to because of social distancing.

While tent encampments existed before COVID-19, Hitt says they were often hidden. Now he says they are more accepted.

The Charlotte-Mecklenburg Police Department says it doesn't have any complaints of camps on state property, and it is not enforcing or clearing camps on private property unless it receives a complaint.

But being homeless is even harder than before. Many of the places, like libraries and businesses, where people would do things like charge their phone or just go to the bathroom, have closed. It's why, as the number of people who are homeless likely increases, advocates are trying to figure out the best solution.

“How do we find the right, safe, affordable housing for the folks out there experiencing homelessness,” Hitt says.

The Urban Ministry Center is not only preparing for the coming months but also post-COVID-19.

“How do we systematically bring them in and connect them with the right resources instead of just saying 'OK folks, it's time to leave,'” Hitt says.

The Centers for Disease Control and Prevention says connecting people to stable housing should be a priority. But if it isn't available, the CDC says to allow people who are living in encampments to stay where they are.