CHARLOTTE, N.C. -- Riley Howell, an earth science major at UNC Charlotte, is remembered as a hero after a deadly shooting on campus late Tuesday afternoon. Following his selfless act, he will be buried with full military honors, according to Wells Funeral Home in Waynesville.

During emergencies, students were told to "run, hide, or fight." Howell chose the latter when police say 22-year-old Trystan Andrew Terrell came to the school armed with a pistol, killing two, including Howell, and injuring four others. Howell's heroic act possibly helped save others.

MORE: 'Worst Day in the History of UNCC': Students, Community React to Shooting

"He didn't run. He didn't hide. He fought," Charlotte-Mecklenburg police chief Kerr Putney said during a press conference Wednesday afternoon. "He gave his life in the process. His sacrifice saved lives." 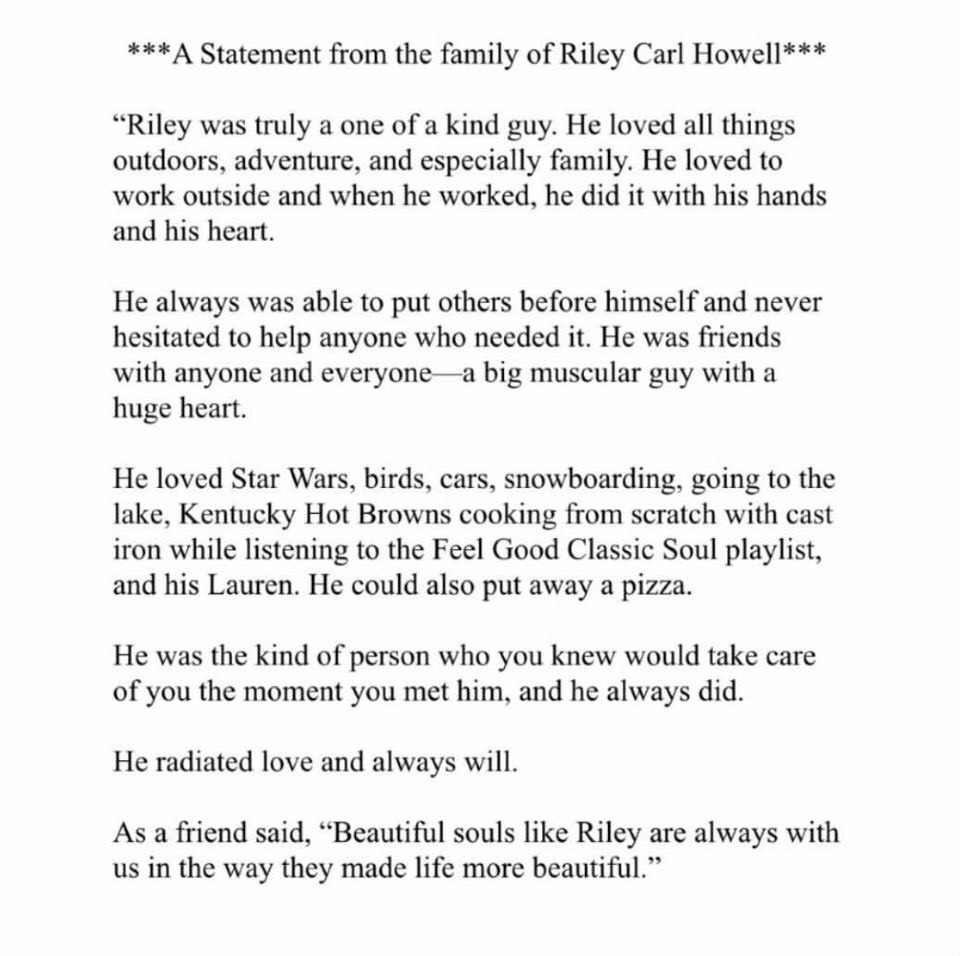 One of Howell's professors, Jamie Strickland, says she saw him on Monday in the same building he was killed. She says her former student was someone who brought a smile to her face.

Howell is from Waynesville and was a 2016 graduate of T.C. Roberson High School in Buncombe County. During a press conference, those who knew him in high school say they were not shocked to find out that he made such a sacrifice to help others.

“His actions do not surprise me. It's just something he would do. He was truly that selfless,” English teacher Tristen Plemmons said.

They also say Howell liked to live in the moment and participated in cross country and soccer teams. There is an empty space in their hearts as many from the area are grieving.

"It's not just about the fight at the end. Riley was about so much more than that," social studies teacher Brian Feid said.

A visitation is planned for Saturday, May 04 at Wells Funeral Homes. Donations can be made for the family at the North Carolina State Credit Union. People can bring cash to any branch to donate to the Howell Family Tragedy Fund.

A memorial servie will be Sunday at 5 p.m. in Stuart Auditorium at Lake Junaluska.