Mayor Lyles on UNCC Shooting: 'We Are Resilient. We Are Charlotte'

CHARLOTTE, N.C. – Two were killed on Tuesday afternoon after an active shooter was reported at UNC Charlotte’s campus. UNCC police responded to the active shooter call on South Library Lane in the Kennedy building, and the campus was placed on lockdown.

Officials applauded two officers, Sgt. Gundacker and Lt. Smire, for their bravery in being the first to respond and to assist in apprehending the shooter.

Chief Baker with @unccharlotte at the podium now. Two of the officers that were the first in the Kennedy building are also present #CharlotteStrong pic.twitter.com/HTxTAzDTUo

CMPD is the lead investigative agency for the investigation. The FBI is assisting the Charlotte-Mecklenburg Police Department and other law enforcement partners.

As for the motive of the shooting, CMPD Police Chief Kerr Putney said that they cannot discern why just yet, and it doesn’t appear that a specific person was targeted.

“The randomness is what’s most concerning,” Putney said.

Putney also added that “quite a bit of ammo” was present and that the suspect had purchased the handgun legally. 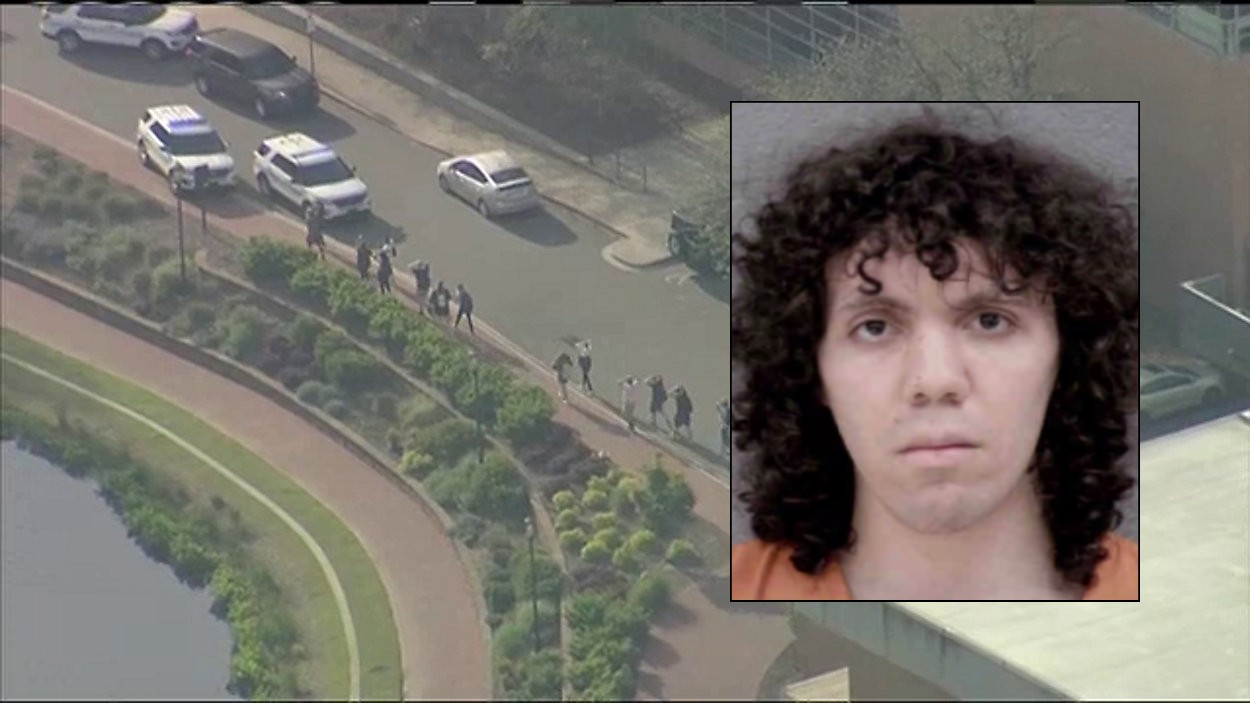 The two students killed in the incident are 19-year-old Ellis Parlier of Midland and 21-year-old Riley Howell of Waynesville, according to officials. The four injured victims are 19-year-old Drew Pescaro and 20-year-old Sean DeHart of Apex, 20-year-old Rami Alramadhan from Saudi Arabia and 23-year-old Emily Houpt from Charlotte.

CMPD Police Chief Kerr Putney said on Wednesday that deceased shooting victim Riley Howell attempted to fight the shooter by tackling him, and that he is a hero.

“He gave his life in the process. His sacrifice saved lives,” Putney said.

All university activities were canceled Tuesday night including a performance by rappers Waka Flocka and Saweetie.

Chancellor Phil Dubois called this "the worst day in the history of UNC Charlotte".

Chancellor Dubois said those who were intending to graduate this month will still graduate. Counselors have been made available all day Wednesday on and off campus and the student union and library are open for students and staff. The school will return to regular operating status at midnight and staff will return to work Thursday. UNCC's last day of classes was Tuesday, and the exam schedule was set to begin May 2. All final exams are now postponed through Sunday.

Gov. Roy Cooper traveled to UNCC Tuesday evening, and said that he knows the people in the community and knows they'll be here for each other. Rep. Alma Adams was on campus to stand with them and the city Wednesday.

Mayor Vi Lyles said many have reached out to offer assistance to the community, including President Donald Trump.

“All of us, everyone in this community, stands in shock and grief., We know tragedies like this can divide a community or bring us together. It is our choice how we move forward,” Vyles said. “We’re Charlotte…we’re going to work hard to rebuild this community.”

A candlelight vigil is planned for Wednesday night at UNCC's Halton Arena in the Barnhardt Student Activity Center at 6 p.m. It will be livestreamed at livestream.uncc.edu and on the UNC Charlotte Facebook page.

Gov. Cooper has ordered all N.C. flags at state buildings, grounds and facilities to be lowered to half-staff through sunset on Friday.

Red is still the color of the teacher march but you will see these ribbons as well to support @unccharlotte - guns activist groups like Moms Demand Action will now lead the March @SpecNewsRDU @ncpol @ncga pic.twitter.com/LMw3MgrSeL