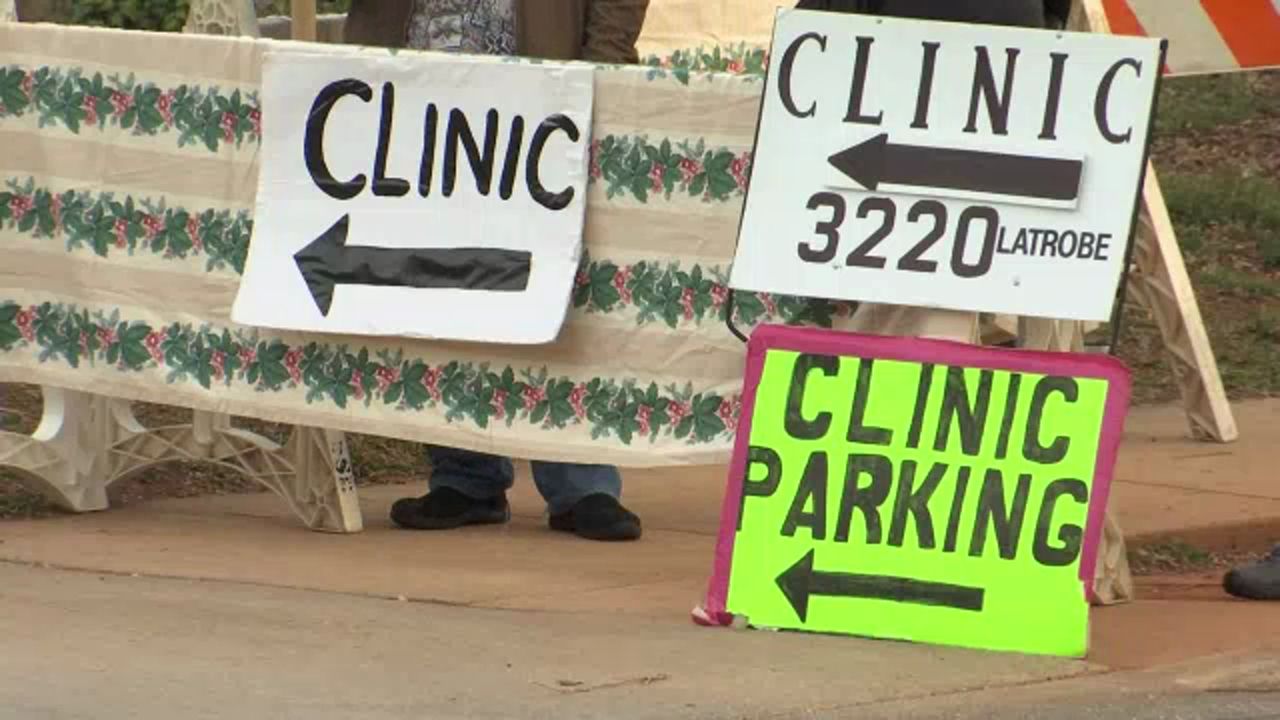 CHARLOTTE, N.C. -- Members of a pro-life group believe some police officers are infringing on their First Amendment rights while handing out booklets outside A Preferred Women’s Health Clinic on Latrobe Drive.

“I'm talking about federal court precedent that says if we're offering literature in the driveway as long as we're not physically obstructing than we're within our First Amendment rights to do that because literature is speech,” said Daniel Parks, executive director for Cities4Life.

Parks said a Charlotte-Mecklenburg police officer recently threatened to issue a citation for violating the city's picketing ordinance which states protesters can't “block, obstruct or interfere” with pedestrian or vehicle traffic. He believes the word "interfere" is too vague and that some CMPD officers are interpreting it in various ways.

“They could apply it to us just our presence out here is interfering if they wanted to so that where it becomes problematic is that they could take that word and interpret it however they want,” he said.

But some pro-choice activists disagree.

“We have no issue with First Amendment rights. We are concerned about safety when women are pulling up into their cars and women can't get past a protesters,” said a clinic volunteer who wanted to remain anonymous.

This volunteer is referring to moments when protesters are in the street holding signs and trying to stop cars. She believes police have treated everyone fairly.

“We wanted to help protect the women that were accessing services which are legal and everyone should have the choice of accessing the service they want,” she said.

And she believes CMPD’s presence has improved patient safety.

“They have not had their cars stopped in the streets the way it used to be or the driveway,” she said.

Parks said his organization doesn’t condone jumping in front of cars, or getting in the middle of traffic. He said his volunteers are primarily on the sidewalks.

"It is our responsibility to make sure we are fair and balanced and that we do enforce whatever laws are on the books whether we agree with them or not,” said Koch.

CMPD increased patrols by A Preferred Women’s Health Clinic last spring with a majority of its presence on Saturday mornings.