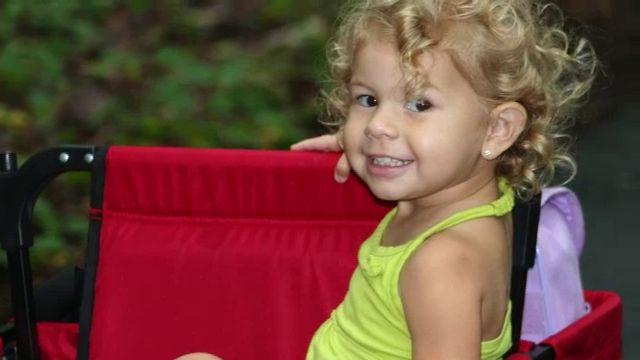 Kilah Davenport's grandmother on child abuse: 'This is a silent epidemic'

CHARLOTTE, N.C. - With April being a month of awareness for child abuse prevention, the grandmother of Kilah Davenport - whose death inspired Kilah's Law several years ago - is continuing to put a spotlight on the tough subject.

Leslie Davenport has her days, when dealing with the loss of her granddaughter Kilah nearly four years ago, is just too much to handle.

But she isn't letting that stop the fight.

After the successful passage of Kilah's Law in North Carolina (which stiffens penalties for those convicted of felony child abuse) - and a nationwide Act (which requires states to report their child abuse policies to the US Attorney General every 3 years) - Davenport is now focused on working on a national child abuse registry.

She's collaborating with Congressman Richard Hudson, hoping to give the public a one-stop-shop when trying to identify who in their lives - might have a troubled past with children.

Her foundation, the Kilah Davenport Foundation, works to provide resources and information about child abuse prevention.

What does that mean? It's simple - if you see or suspect child abuse, you're required to let authorities know.

You can do so, even anonymously - by calling 980-31-HELPS and providing information. The Department of Social Services will then follow up, and determine if a case exists.

The biggest take away for Davenport?

She says, "Listen to children, listen...and report it."