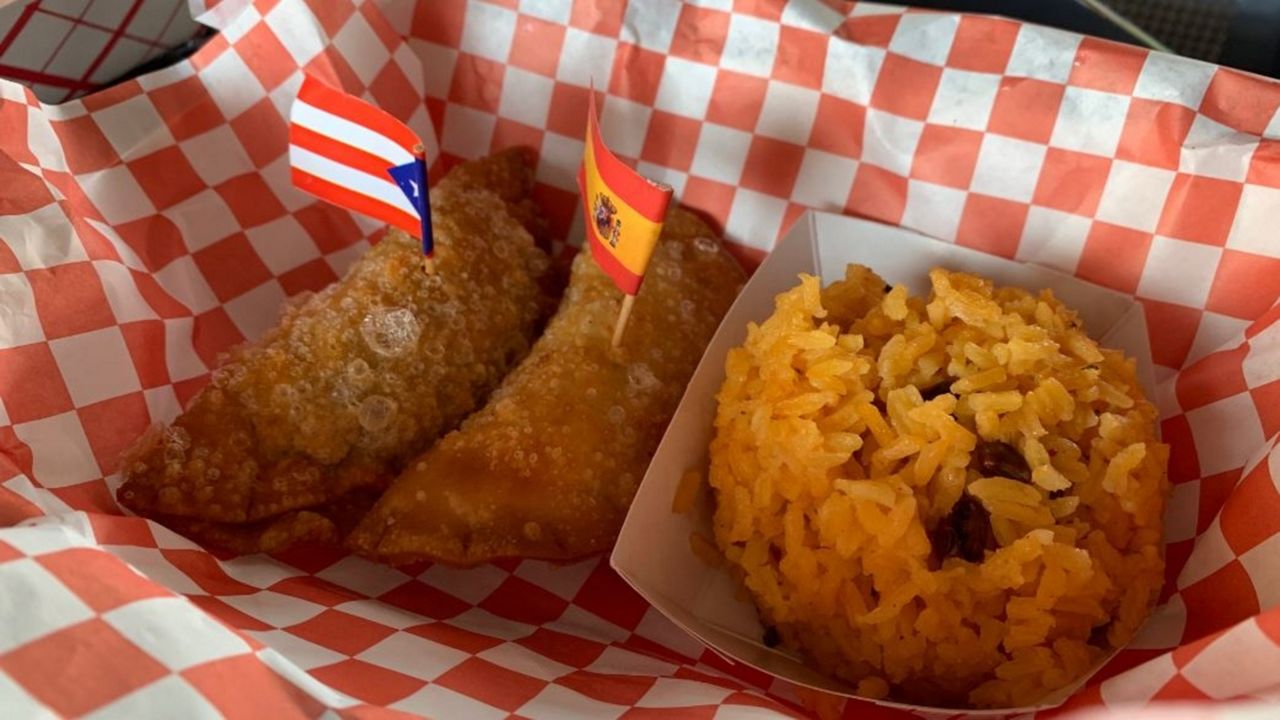 DURHAM, N.C. - The Boricua Soul food truck is packing a punch with it's multi-cultural cuisine. Serena and Toriano Fredericks have co-owned the business since 2015, and they are known by their fans as the "soul patrol." Over the years, the Fredericks experimented with their cooking by adding unique twists to their family recipes. Once the demand from family and friends started to gain momentum, they took their talent from the kitchen on the road by launching a food truck.

Since 2015, their savory plates have become the talk of the town with its powerful combination of southern soul food with a Caribbean flair.

The menu of Boricua Soul features classics from both styles of cuisine including empanadas, tostones, pernil, collard greens, mac and cheese, bbq and more.

However, their culinary creativity has led to a variety of non-traditional items like chopped bbq filled empanadas, and griddle fried cornbread (hoecakes) filled with Puerto Rican and Carribean inspired meats and vegetables.

Pernil (served with a side of Arroz con Gandules)

This fall, the couple will celebrate another milestone by opening their first brick-and-mortar location at the American Tobacco Campus in downtown Durham.

To find out the food truck schedule or to learn more about the menu, click here.