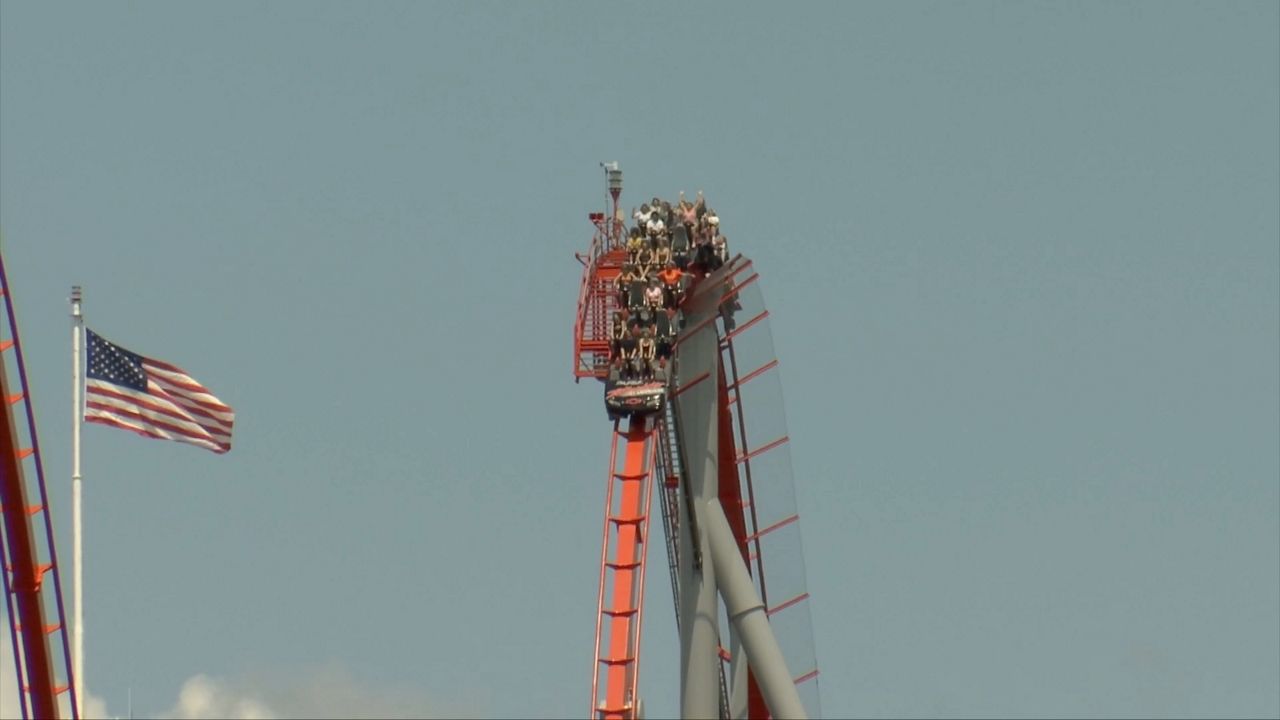 New attractions could be on the horizon at Carowinds theme park on the North and South Carolina border, according to York County building documents.

Carowinds plans to make multiple "major announcements" about the future of the park on Thursday at 10 a.m.

On July 30, the park tweeted an airline-themed video titled, “ATTENTION PASSENGERS: This is the final call for Plants vs. Zombies 3Z Arena, Southern Star, and Yoyo. #Carowinds”

🔉 ATTENTION PASSENGERS: This is the final call for Plants vs. Zombies 3Z Arena, Southern Star and YoYo. #Carowinds pic.twitter.com/SlOGCRKEN2

The three attractions are situated closely together near the Crossroads area of the park, according to a digital park map on the company’s website.

“Carowinds will have major announcements on Thursday, August 11, at 10:00 a.m. ET regarding the 2023 operating season,” said spokesperson Courtney McGarry Weber.

It’s unclear what, if anything, would replace the three permanently closed attractions. However, building permits on York County’s website give some hints of what could be coming to Carowinds.

An approved document titled “Civil Construction Plan 2023 Park Renovations and Upgrades” is listed on the York County permitting website. The website says it was approved on May 5, 2022. The site says the plan was created in January 2022.

Subsections of the plan give a hint of what could be included in the project.

They include a potential new food stand, upgrades to a restroom and the fry shack, new bench with shade canopy, as well as upgrades to the game building and bumper cars building.

The plans also include an item titled “Non-Residential New Construction Rides.” The permit is not approved yet, nor are additional details provided, according to the county’s website.

Lastly, there is an approved permit for demolition. The demolition plans were approved on July 29, 2022, a day before Carowinds tweeted its final call for the three existing attractions. The approved permit on York County’s website does not specify what, if anything, would be demolished.

In an email to Spectrum News 1 on Tuesday, McGarry Weber declined to comment on the permits, saying plans often change and major announcements about the park’s 2023 season would be made Thursday.

At nearby businesses, curiosity is building about what Carowinds might announce.

But new things at Carowinds can often lead to big business.

“I noticed a huge influx this summer and maybe that’s for the new water rides and stuff,” Amy Fortes said.

Fortes co-owns the nearby Flipside Cafe with her husband. The cafe is less than 3 miles from Carowinds and has been open for eight years. Fortes said about 40% of their customers are theme park visitors.

When told the theme park will make major announcements this week about the 2023 season, Fortes said any plans for growth at the park are good for nearby spots like hers.

“Growth only means more people into this area. And so, I really think whatever they’re doing, I think it’ll be great because people come from three states around, four states around to stay here. And Fort Mill loves it, we are welcoming of it,” Fortes said.

Fortes’ feelings are shared by other businesses in the area.

At the Small Bar in Fort Mill, general manager Heather Grotjohn said their customer base often includes parents looking for a break and park employees after their shifts.

She also said she is excited about what Carowinds might have in store for the future.

“Well, just as a frequent goer myself, I generally take my kids up there, so I’m excited for all the changes. But, as a business owner, obviously, I would love to see more and more faces coming in this area. It is a nice area, and it is slowly growing out this way,” Grotjohn said.

The ride closures, future renovation permits, upgrade permits and tease of major announcements come a few months after rumors swirled SeaWorld Entertainment was interested in acquiring the park’s parent company, Cedar Fair. At the time, Carowinds and Cedar Fair declined to comment further on the potential deal. In the end, SeaWorld Entertainment did not acquire Cedar Fair, which operates 11 amusement parks and four outdoor water parks, including Carowinds.