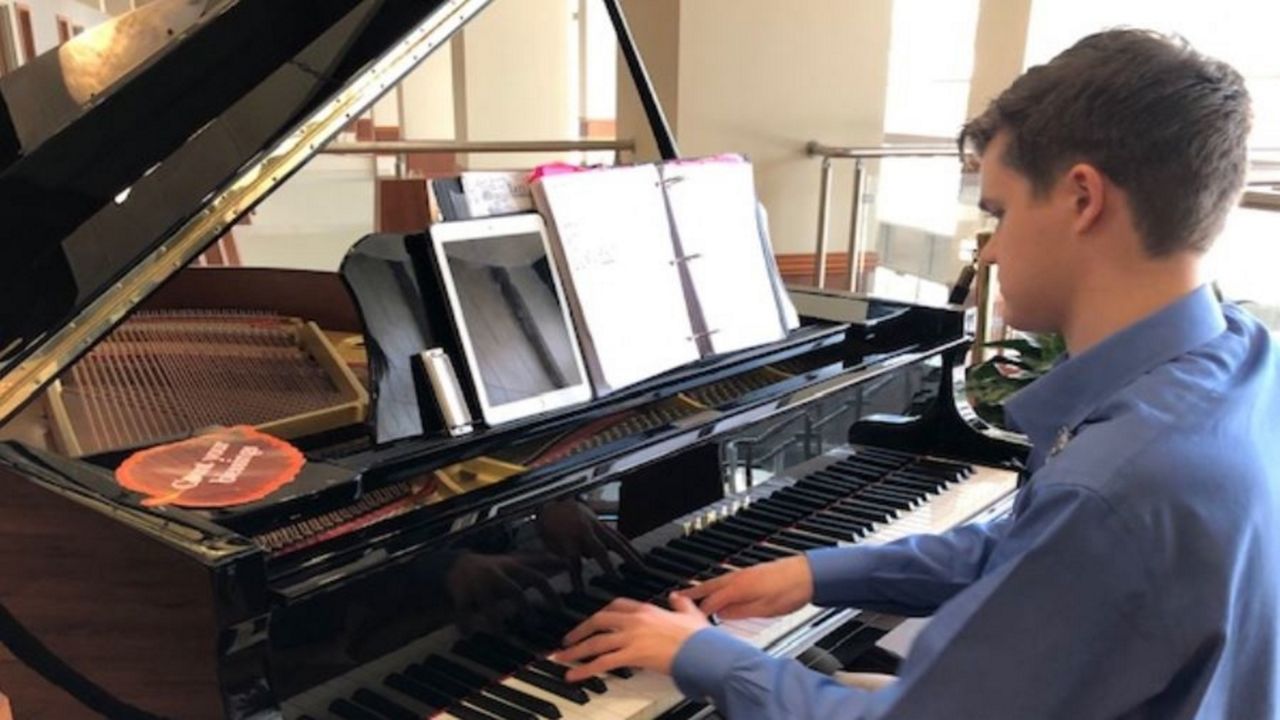 CHARLOTTE, N.C. -- Josh King has trouble pinpointing what it is that draws him to play. He just knows it fits.

The 18-year-old who’s dancing fingers add maturity to his developing face started as a young actor in New York. Acting transitioned into music as he sat in blues clubs and found his true passion.

“James Cotton, who is my mentor, said that I shouldn't be in the blues world.. He said I should take the blues sound and mix it with whatever is mainstream at the time,” he said.

It's led to his blues-influenced tunes. He performs them weekly at Atrium Health.

There's no question Josh could be playing professionally somewhere, so it's a bit of a surprise to see him inside of a hospital. But there's a reason he chooses to play here.

He says when he’s in distress, music is the first thing he turns to. His distress came when his sister was in the hospital a few years ago getting a biopsy on her kidneys as he waited he saw a piano.

“I asked the lady at the front desk, 'Would you let me play a piano?' and she's 'Like sure, go ahead' and I'm like thank you!” he said. Since then he's a regular sight at Atrium.

Cheryl Harvin was downstairs in the lobby waiting on her mom, who is a dialysis patient. When she heard Josh playing, she had to take the elevator upstairs to see him.

“When you're in a very stressful position and not knowing what to expect, whether it be family member or patient, it really, really helps, so it's a blessing,” she said.

Music may be Josh's life but that doesn't mean he demands an audience. He performs upstairs and the crowd below can't see him, they only listen.

“It doesn't matter if they aren't seen. For me it's more about my voice, my playing and what it can do for people,” he said.

What this music does is create a distraction for people who would rather not think about what brought them here in the first place.