Venus flytraps: These carnivorous plants are only found around southeast N.C.

CAROLINA BEACH, N.C. — Children kneeled down and leaned over the edge of the boardwalk to get a closer look at the Venus flytrap. They expected something bigger, something more dramatic. Instead, the carnivorous leaves of these plants are smaller than a quarter.

Ranger Jesse Anderson, down on one knee, pointed them out. “A lot of people think they’re this large meat-eating plant. They’re a fairly small plant, but they’re unique because they’re only found within 70 miles of Wilmington,” he said.

“The Venus flytraps are down here. They’re a little past bloom,” he said from under his park ranger’s trademark broad-brimmed hat.

The modified leaves on the flytraps open like a mouth, with two lobes that are almost kidney-shaped. Small hairs in the trap can sense when a bug lands inside and then, within about 10 seconds, it snaps shut.

Flytraps are protected in North Carolina and are under consideration by the federal government for being listed under the Endangered Species Act. 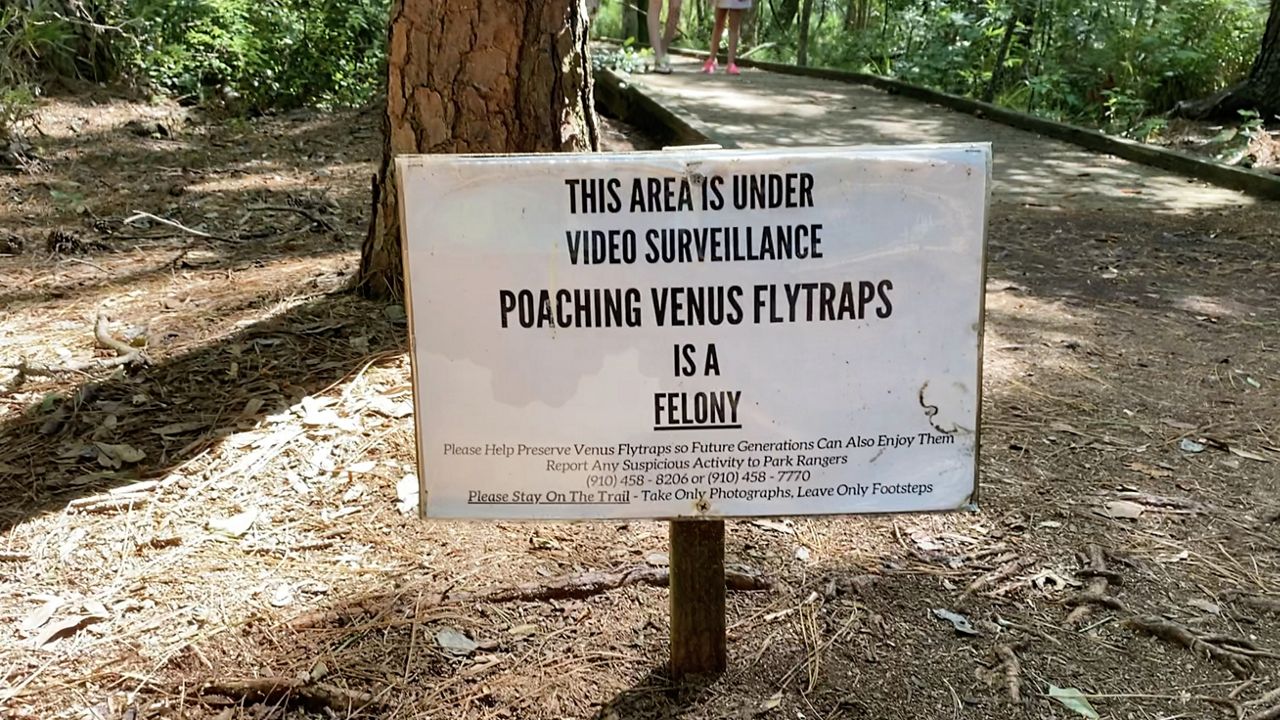 Anderson is a ranger at the Carolina Beach State Park, just outside Wilmington. He moved to the beach from his previous post at Pilot Mountain State Park about nine months earlier. Now he gets to help keep an eye on these carnivorous plants and teach people about this unique ecosystem.

People of a certain age may hear the words “Venus flytrap” and think of the campy 1980s film “Little Shop of Horrors.” But in reality, this southeast corner of North Carolina — and a couple counties in South Carolina — are their home and the only place they’re found in the wild.

Carolina Beach State Park is the perfect place to find Venus flytraps growing in their native habitat. The park is bordered by the Cape Fear River as it meets the Atlantic Ocean.

Tall stands of longleaf pine shade the Venus Flytrap Trail, which is a short, half-mile hike that takes people through some of the most diverse landscape in the region.

The trail loops through a pine savannah and into the swamp. The edge between those two habitats is where Venus flytraps, pitcher plants and other carnivorous flora like to call home.

The boggy soil is acidic along these dividing lines, which is why Venus flytraps and the other carnivorous plants developed an appetite for insects. 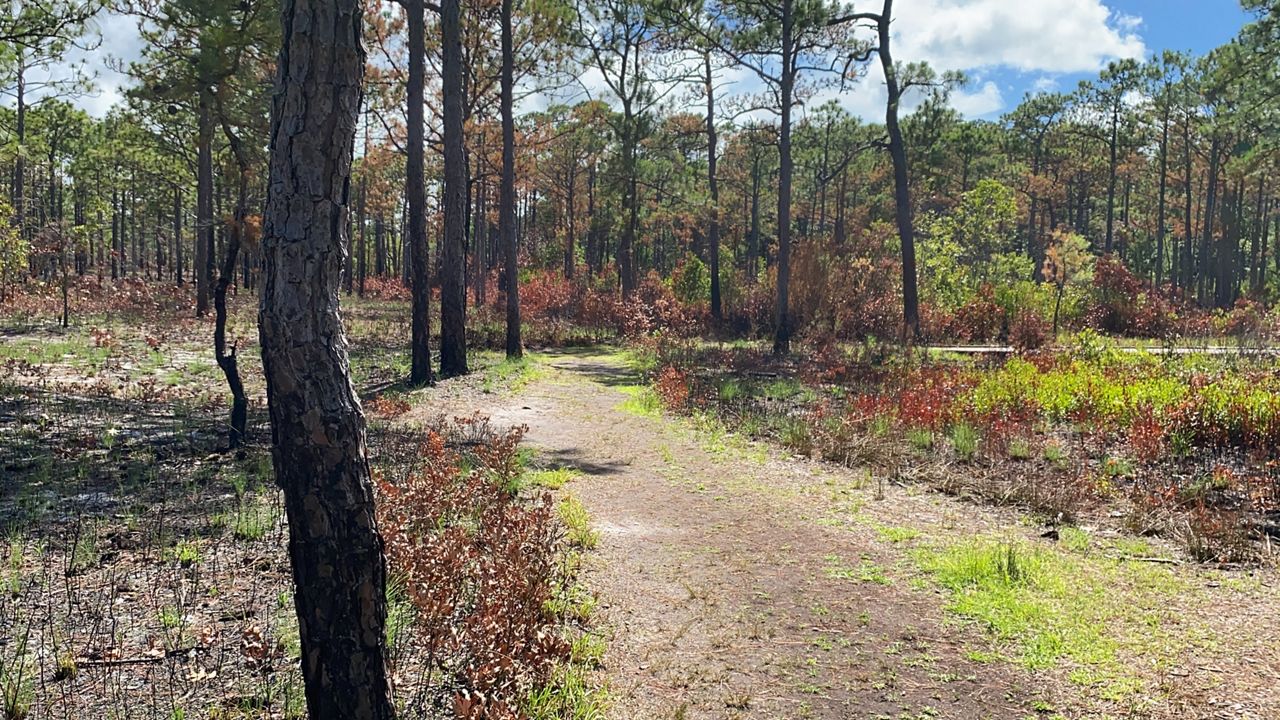 Walking away from the sandy trail, an untrained eye could step right over the small flytraps growing in the brush. The plants grow in small clumps where they can get just the right mixture of sun, soil and water.

Signs at either side of the trail warn, in all capital letters: “This area is under video surveillance. Poaching Venus flytraps is a felony.”

Poaching has not been a big problem for the park, Anderson said.

“Some of the plants that go missing, it may not be someone that’s malicious, looking to sell them on the black market or something. It may just be a visitor saying, ‘Oh, if I take this one it might not be too big of a deal,’” he said, walking the trail on a recent day.

“We have had issues in the past, so we try and patrol fairly often and keep an eye on the populations both on and off the trail,” he said. 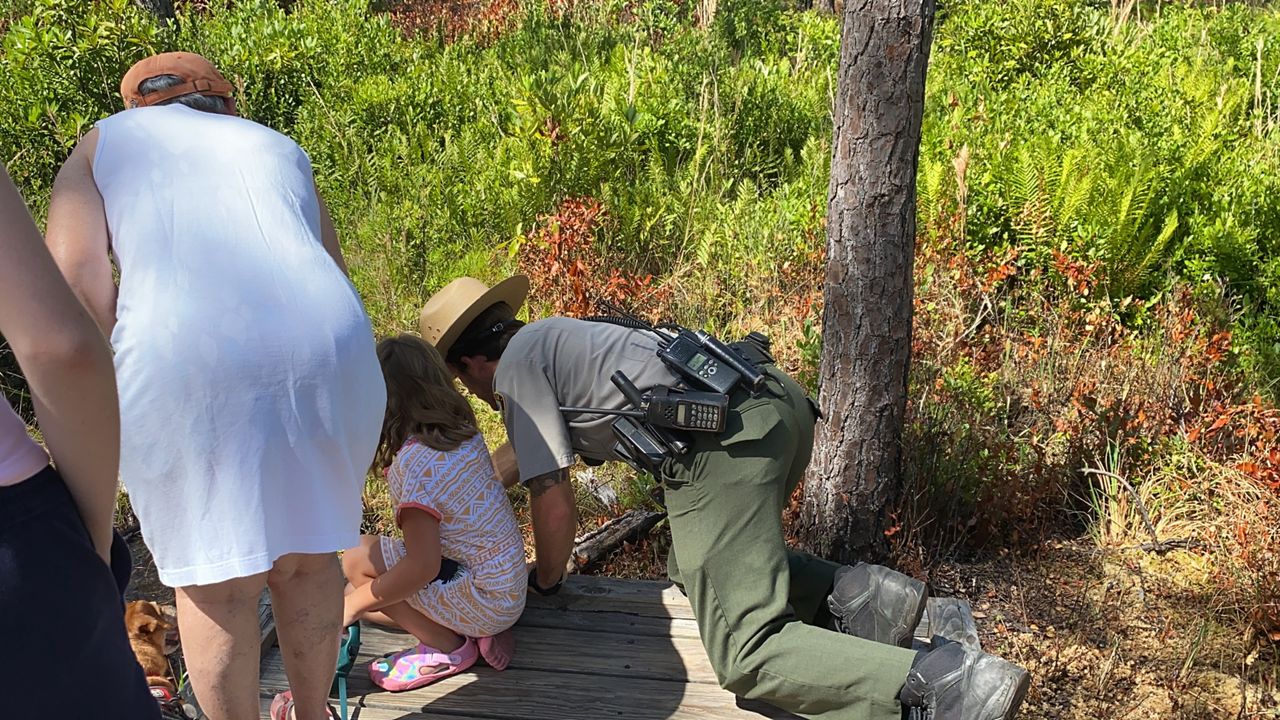 He said the parks do annual surveys to keep an eye on the Venus flytrap population, both along the trails and off the beaten path. He said they lost some flytraps a couple of years back from flooding in Hurricane Florence.

Staff at the park do regular controlled burns to make sure they keep the habitat healthy. The ground around the trail is still singed from a burn two weeks before. A faint smell of smoke remained on a humid July afternoon.

“By burning, you’re not so much killing those shrubs as knocking them back so that they can allow that sunlight to get to the forest floor,” Anderson said.

He said they do controlled burns every one to three years. “After three years you start to get that shrubby grown and it starts to inhibit the sunlight from getting to the forest floor,” Anderson explained. 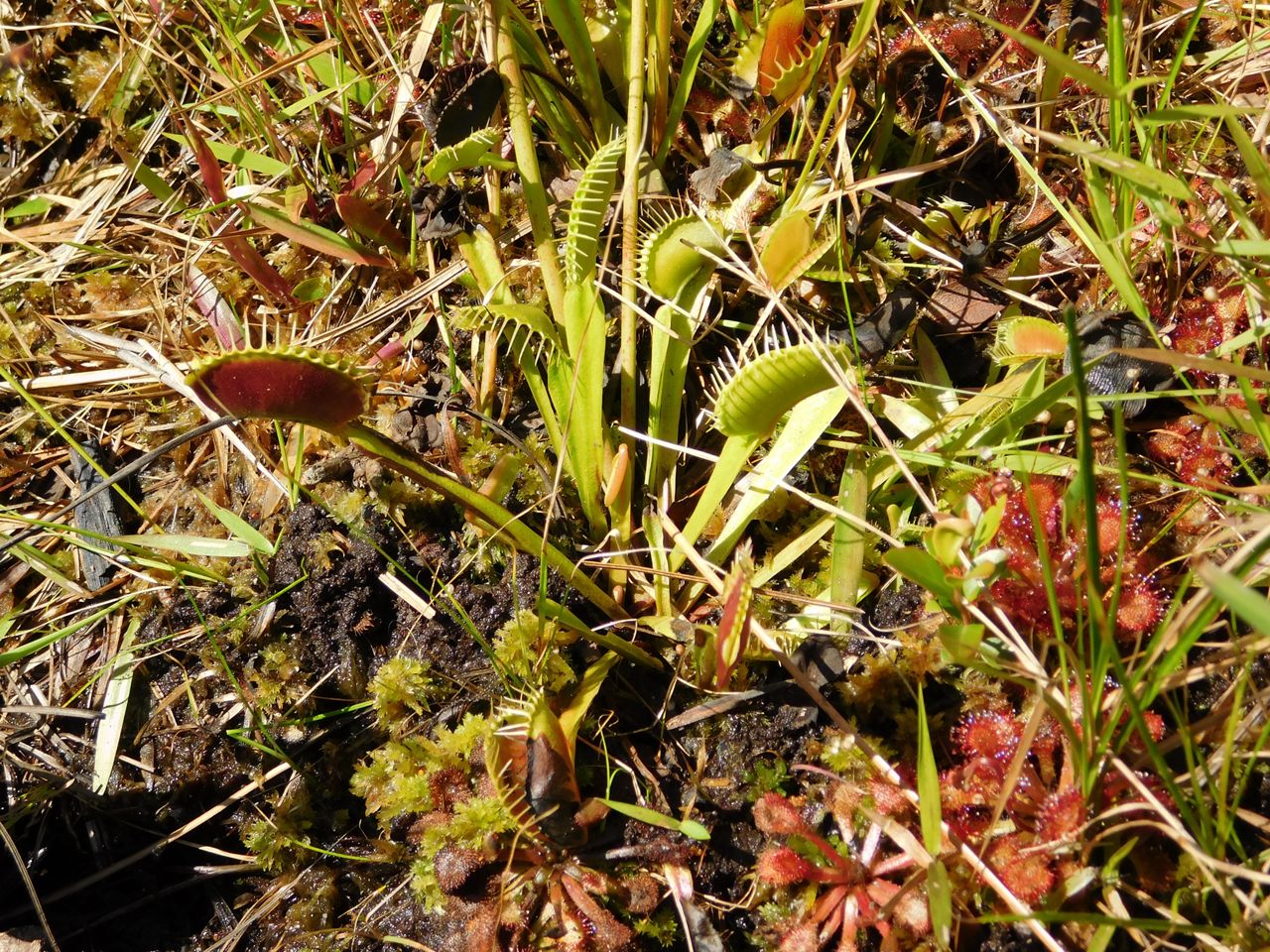 Venus flytraps are only found in the wild within about 70 miles of Wilmington, North Carolina. (Photo courtesy Lauren Duncan)

Because flytraps thrive in these transition zones that could look attractive to builders, Anderson said new development is a big threat to the species.

“The coastal plain of North Carolina, in particular these longleaf pine ecosystems, are one of the most biologically diverse habitats in the world,” Anderson said.

“Protecting them is really important. The Venus flytrap is an iconic species to that diverse habitat. Learning about Venus flytraps, we will also teach you about the longleaf pine ecosystem and why it’s important to protect them,” he said.