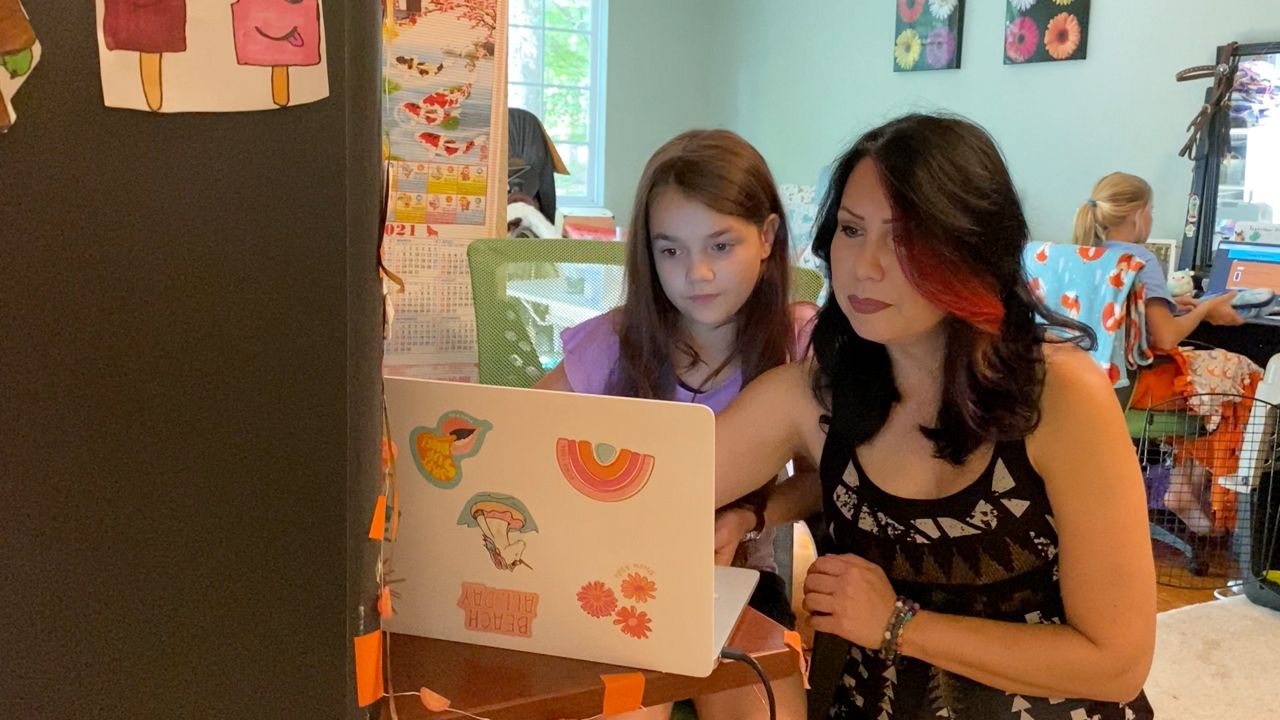 UNION COUNTY, N.C. — North Carolina students and families are signing up for homeschooling in numbers never before seen in the state.

In 2021, the North Carolina Department of Administration estimated 179,900 students were enrolled in homeschool, a major increase from 2019’s 142,037, which was the last full school year uninterrupted by the COVID-19 pandemic.

Dating back to 2010, the number of homeschooled students would fluctuate by several thousand each year, eventually reaching 149,173 in 2020. However, by the end of the 2021 school year, the number had jumped by more than 30,000.

In 1986, when homeschooling was legally recognized as a non-public school in North Carolina, the number of students was 809, according to the same data.

In Union County, the number also rose in 2021 to an estimated 6,716 students, which was an increase of more than 1,200 students from the year before.

Homeschooling growing in popularity in North Carolina, as nearly 180,000 students enrolled at end of 2020-2021 school year

Mom says the decision was in the best interest of her and her children's health, as she battles cancer

So far, data is not available for the number of homeschooled students at the start of the 2021-2022 school year.

For Zoie and Skyler Sitton, Union County students, a few hours at the computer is just a part of their day.

Their mom, Jody Sitton, made the decision to homeschool both girls just days before the start of UCPS’ 2021-2022 school year.

Jody Sitton decided to enroll both girls in a national online homeschool known as Time4Learning.

“You know, I thought it would be a lot harder. But, honestly, it simplifies our life. Our schedule’s freer, it lets us do more things, I don’t have to say no to different lessons or classes,” Jody Sitton explained while the girls completed online activities.

Jody Sitton said the decision opened up more time for the girls to explore their surroundings, spend quality family time together and go on trips.

“A lot of our time is spent outside or with our animals. We have bees here, the kids help with the beehives,” Jody Sitton said.

The bees are mostly mom’s hobby, but the girls help check in on their honey-making from time to time.

Jody Sitton said she logs into an online portal, assigns the girls tasks for the day or week and then can take the work online or in printed-out worksheets on the road.

She added it has made their lives more convenient, and the girls like it too.

“I really like it, much better than regular school, because for me, I think it’s much easier without having the distraction of other students,” Skyler Sitton said.

Skyler, who would have been a sixth grader in UCPS this year, said she heard from a friend who was quarantined in the first few weeks back at school and was glad it was not her.

Skyler Sitton and her mom can now tag along to Zoie’s horse lessons, which now take place during the day when the local farm is less busy. While Zoie Sitton prepares and rides her horse, Skyler Sitton can continue school work in the fresh air.

“Yeah, I really like it cause then I have like a change of scenery, and I can sit outside or I can sit inside, or I can sit wherever I want. So, that’s nice, I like that,” Skyler Sitton said.

The two’s recent enrollment in homeschooling is not reflected in the 179,900 estimated students in North Carolina’s home schools. But, they will be when the next data comes out at the end of this school year.

The nearly 180,000 homeschooled students are a drop in the bucket out of the 1.46 million students in North Carolina’s public schools, but Jody Sitton said it provides peace of mind.

The mother of two has stage IV metastatic breast cancer and is actively undergoing treatment. For her and her children, the quality time is as important as the feeling of safety.

“We have more time at home, and we can go different places all together. And it’s nice cause it’s not like a bunch of people you don’t know, it’s like with our family and everything,” Zoie Sitton said.

“I don’t want them just to sort of be warehoused for six or seven hours a day when it doesn’t really have a purpose quite often,” Jody Sitton added.

Jody Sitton said she believes in public school and supports the teachers, but said she did not want her daughters to sit through a second full school year filled with COVID-19 distractions and potential safety issues.

“I’m immunosuppressed, I did not want to risk the kids bringing home anything to me. I didn’t want to worry about them getting sick. Zoie’s been vaccinated, but Skyler hasn’t,” Jody Sitton added.

The UCPS’ contact tracing and quarantine policies changed earlier this week, prompting outcry from some parents, students and the North Carolina Department of Health and Human Services.

Some board members and other parents said the policy changes were needed in order to get non-positive students and staff without symptoms back in schools.

John Edelson, founder and president of Time4Learning said in an email the current public school situation across the country could lead to more homeschooling. “I fully expect more parents to take control of their families’ fates in the coming weeks,” he said.

Time4Learning, which started in 2004, focuses on math, language arts, science and social studies and costs about $20 a month for elementary school students.

The company said it has grown 185% with more than 170,000 students, according to a spokeswoman, “More than 10% of the nation’s students are homeschooling.”