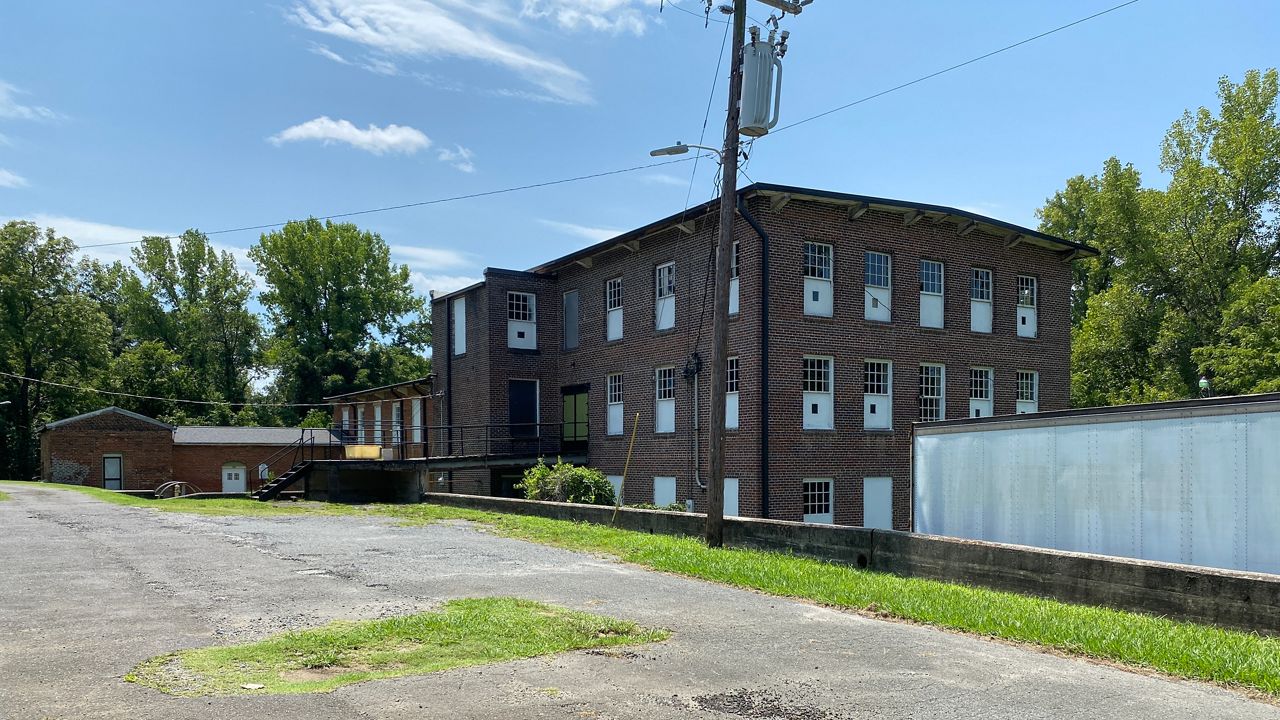 The Mount Holly Cotton Mill in Gaston County opened in the late 19th century and survived a flood in the early 1900s. (Photo: Jacob Reynolds)

From cotton to rum, Mount Holly mill set for 2024 revival

MOUNT HOLLY, N.C. — The oldest remaining cotton mill in Gaston County is getting a new lease on life and returning to its production roots.

The Mount Holly Cotton Mill, just a short distance from downtown Mount Holly, will soon be the new home of Muddy River Distillery.

The mill opened in the late 19th century and survived a flood in the early 1900s that led to the demolition of three other area mills.

It remained a textile mill until the 1970s, when it turned into a warehouse and served various roles in the years since. At one point, it served as an Austrian consulate, according to new owner Robbie Delaney.

Delaney, who also owns and began the Muddy River Distillery, said the mill was perfect for the business’ new home.

Delaney said they plan to move in in 2024 and said he wants people to visit for the distillery, bar and food, but then stay for the history.

“One of the workers back in Oct. 6, 1927, tagged the window there. And that’s pretty awesome,” Delaney said on the tour, pointing out an engraving in a windowsill.

Delaney’s distillery, which started 10 years ago, pumps out bottles of various rums in nearby Belmont, North Carolina. His distillery is the oldest, legal, rum distillery in the state, and Delaney said the pandemic helped it take off in popularity.

“There’s a few things that made us start looking for property. And really, it was the beginning of COVID. We were so slammed just constantly making liquor. We really saw this place at max capacity. Making rum, and then the pivot to hand sanitizer,” Delaney said from the floor of his space in Belmont.

The distillery has reached the limits of its 6,000-square-foot space and with changing liquor laws in North Carolina, Delaney said they need room to grow.

“Once the Sunday law was open and our ability to sell cocktails out of here, we realized that a 10-year-old distiller is — we’re out of date!” Delaney said about the growing options available to distillers to serve and sell alcohol on site.

To keep up with competition, Delaney wants to open an on-site cocktail bar and have his own event and concert space. Those desires led him to the 20,000-square-foot cotton mill and Mount Holly’s namesake.

“This will be our main entrance here, from Main Street, and about a quarter mile up is downtown Mount Holly. What separates us is the creek,” Delaney said from the front of the property.

Delaney’s passion for this piece of Mount Holly history is clear. He said he’s learned all he can about the old mill.

“So this original section of the mill here, the two-story, was built in 1875 in the town of Woodlawn,” Delaney said.

Pairing Delaney with historic real estate is like mixing a finely paired cocktail. Before making rum, Delaney used to work for a rehab building company, specializing in old buildings. This multiyear, multimillion-dollar project at the mill is a return to his former passion.

“Just the fact I used to do historic restoration projects for rehab builders. I was a contractor. The ability to do that again, but also still run my business, is just like my old life and my new life kind of meshing together,” Delaney said.

The mill is on the National Register of Historic Places, but its deed did not protect it from future changes. Delaney said part of what helped him get the property was telling the former owner he planned to keep it as a production business instead of turning it into housing. Delaney added he plans on keeping as much of the old buildings and their materials as he can while construction and renovation work continue.

“We want people to not just visit this place because it’s a distillery, but it’s also a historic property,” Delaney said.

A plaque outside one of the main doors says the mill is the oldest and last remaining of Mount Holly’s mills and originally used water power. Now, its new role will be producing North Carolina-based rum.