WATCH NOWExploring Your Health with Erin Billups
NEW PODCAST EPISODETim speaks with John Drescher, former executive editor at the Raleigh News & Observer, about Nikole Hannah-Jones, the future of journalism and more.
COMMUNITY CALENDARAdd An Event to Our Calendar
GET OUR NEW APPOur new Spectrum News app is the most convenient way to get the stories that matter to you. Download it here.

Organizers and vendors were happy with the turnout for the biannual High Point Market, which wraps up Wednesday. (Photo: Charles Duncan)

High Point Furniture Market is back in action, even if not quite back to ‘normal’

HIGH POINT, N.C. — Buyers and sellers were back in droves, making deals and shaking hands, for the annual spring furniture market that ends Wednesday in High Point.

Conferences and trade shows, like concerts and festivals, are starting to reopen as more people get vaccinated for the coronavirus. The pandemic shut down even small gatherings last year, not to mention big events that attract tens of thousands of people each year.

Attendance was down a little compared to before the pandemic, according to market organizers and some regulars who frequent the biannual furniture trade show in High Point, North Carolina. But business was still good.

“We had really exceeded all of our expectations, not so much in terms of attendance. But, quite frankly, just in terms of people’s attitude. They were really happy to be back,” said Tom Conley, president and CEO of the High Point Market Authority.

“The hotels were full, the restaurants were full. I think the whole community is really pleased that we came out of COVID as quickly as we did,” he said. The market is not all the way back, but the industry definitely showed up for the first big trade show since the beginning of the market, Conley said.

He said being in High Point, a small city, has some big benefits for a major trade show compared to places with other trade shows like New York City and Las Vegas. 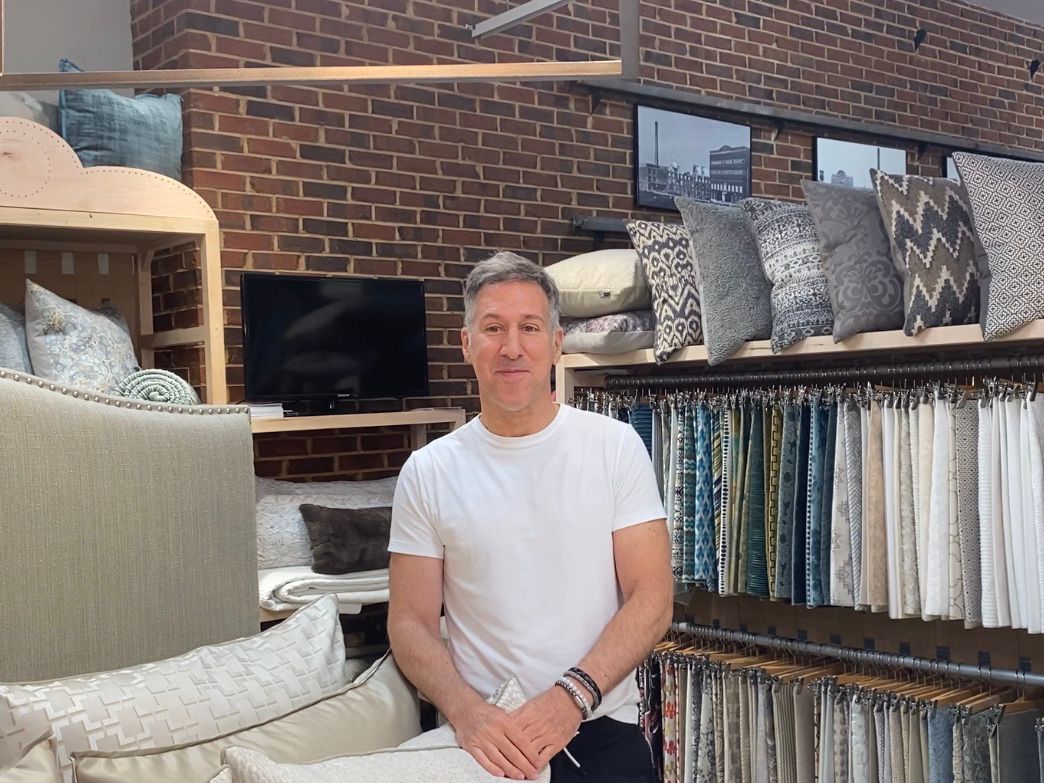 Daniel Penciner, from Toronto, Canada, said he has attended the market twice a year for a decade. (Photo: Charles Duncan)

In the 112 years the market has been running in High Point, 2020 was the first time it had been canceled since World War II, market spokeswoman Ashley Grigg said.

The market normally attracts buyers and sellers from around the world to this little city in the middle of North Carolina.

The number of sellers with exhibits at the market is down about 20% for the spring market.

“International buyers is off almost 100%, and international buyers are about 10% of our total audience,” Conley said, comparing this year’s numbers to April 2019, which was one of the best markets for High Point since the Great Recession.

Daniel Penciner is one of those few international attendees, who crossed the border to come to the market. His bedding company, Daniel Design Studio, is based in Toronto, Canada.

“They finally let me out of the country,” he said. The border is still closed, he said. But he’s planning to go to Dallas next and hopes to be able to get back into Canada next month without having to quarantine for too long.

“The market was a little bit slower,” Penciner said. “But the people who came were here to buy. And we were non-stop slammed. The whole market was probably our busiest market.”

Penciner said he’s come to the High Point Market twice a year for a decade to meet with customers, trade reps and others in the industry.

“With everything going online, customer service sort of went out the window,” he said.

Laura Premak, who works for St. Johns Lighting, came up from Charleston, South Carolina, to work the sales booth at the market.

“We met a lot of people who we do business with already but over the phone, and we’ve had a lot of new customers come in,” she said. St. Johns makes copper lanterns and lighting.

She said she already called the owner of their factory and told him, “You need to hire more people before we get home.”

Attendance at the market may have been down, but the sellers set up in High Point are happy with all the business they’ve been able to do this week. Market organizers said they don’t have exact numbers on how many people showed up for the spring market this year.

But the impact isn’t just for the buyers and sellers who come to town for the market.

Conley, president of the Market Authority, told a story about going to his dry cleaner’s last week, who said, “Market’s in town, I can tell.”

“When it affects the dry cleaner, it has great impact,” he said.

“Market has been a real good tradition here for 112 years, and we hope it continues for another 112 years,” Conley said.