Daniel Gomez said he's having trouble finding people to work this summer at Art's Place, a longtime restaurant and bar across from the beach in Kitty Hawk, North Carolina. (Photo: Charles Duncan)

Outer Banks getting ready for a busy summer, but where are the workers?

KITTY HAWK, N.C. — At Art’s Place, just across from the beach, breakfast business is brisk with a combination of locals and tourists. The beach tourism season hasn’t even begun yet, but then again, it never really ended last year.

On a recent morning, Daniel Gomez split his time between welcoming diners, taking orders and catching up on the dishes behind the bar at Art’s Place. The dining room is small and fills up for breakfast, and tables spill outside, around back and up on a rooftop deck.

Gomez’s mother bought the 30-year-old restaurant in 2008 after the original owner, Art, retired. They’re used to the rhythms of running a restaurant on the beach, with a sleepy off-season and a bustling summer beach season. But nothing was normal in 2020.

The season didn’t slow down like it normally would over the winter, as many people stayed at the beach all year, able to get away from coronavirus hotspots in cities and work from wherever they pleased.

Many workers didn’t get the break they normally would in the off-season. And compounding the problem for the coming months, there’s a serious shortage of workers on the Outer Banks.

“This season is a lot harder, just because everybody, everybody, us included, is struggling for labor,” he said. “I think a lot of people are priced out now.”

The shortage of workers on the Outer Banks is one that many tourism areas are facing around the country.

The problem for this season on the North Carolina coast comes from a combination of the housing shortage and short-term workers, many of whom come from overseas, unable to get visas because of various issues related to the coronavirus pandemic. 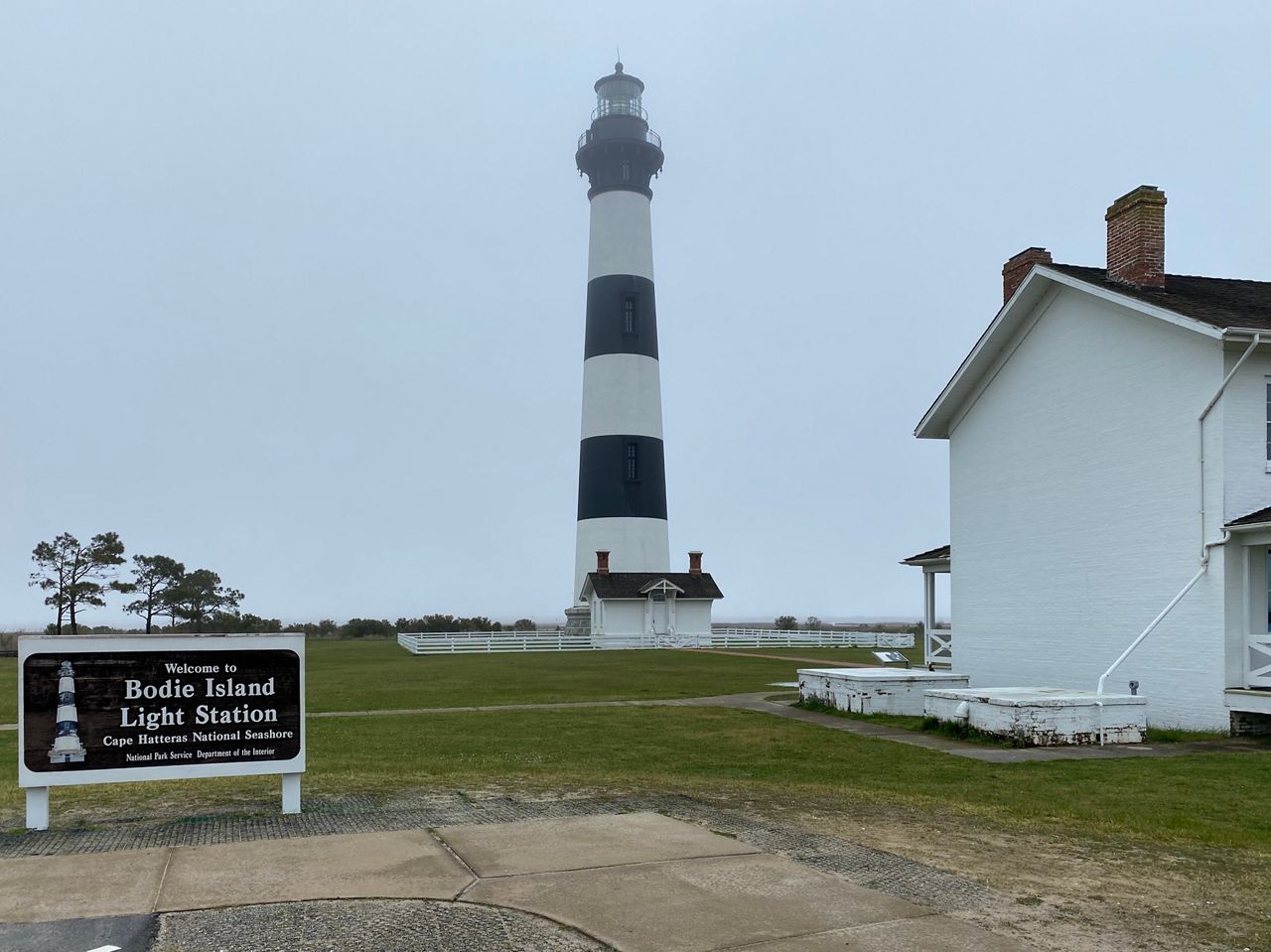 Even Hatteras National Seashore, and attractions like the Bodie Island Lighthouse and the Wright Brothers National Memorial, are having trouble finding workers. (Photo: Charles Duncan)

During a normal year, the Outer Banks would expect to get about 1,700 temporary workers through the J1 program, typically foreign college students who come to work for the summer, according to Karen Brown, president of the Outer Banks Chamber of Commerce.

The coronavirus pandemic shut down the program last year. And despite the fact that the executive order halting the program has expired, coronavirus restrictions mean they are still not going to get the summer help this year.

“Our struggle is compounded because the J1 students can’t get here,” Brown said. “That’s our biggest problem.”

She said those 1,700 students who can’t come to work on the Outer Banks this year would normally fill about 3,000 positions because many work two jobs during the summer. “It’s a big hole in our workforce economy right now,” Brown said.

“You’re seeing almost price wars on wages,” Brown said. “Everyone is putting them on their marquees: this one’s $12 and this one is $10, and then I’ve heard one business is offering $18 an hour. It’s really incredible.”

On Tuesday, Brown said she was helping get ready for a high school job fair to recruit local students to help fill the thousands of open positions along the barrier islands this summer.

Even the Cape Hatteras National Seashore, run by the National Parks Service, is having staffing trouble. Parks Superintendent David Hallac said they saw more visitors in January and February of this year than ever before.

“We’re expecting a lot of visitors this year, and it’s certainly been exciting but also a challenge to manage at times,” he said. “Staffing has been challenging for us over the last couple years.”

Those staffing problems include landmarks like the Bodie Island Lighthouse and the Wright Brothers National Memorial.

“Housing in this area is really tight and hard to find. And the real estate market has been booming, which made it even more challenging,” he said. “We’re doing the best we can with the staff and the resources that we have.”

Even for temporary workers who can head to the beach for the season, housing is another big problem.

“There’s no rental housing for our seasonal workers,” she said. “That puts the pressure on people trying to find a place to stay if they want to come out to work for the summer.”

Brown and Gomez both pointed to the AirBNB market, which allows people to rent out their homes online, as one of the factors driving the housing shortage.

“A lot of what used to be in the seasonal rental for workers, people have found out they can make some good money renting it as an AirBNB, and who can blame them?” Brown said.

On top of more housing becoming rentals, the Outer Banks is seeing more people move permanently into their vacation homes.

“Some of those houses that may have been income generators for people have now become their permanent home,” Brown said. “They found that they can work from anywhere, so why wouldn’t they work from here instead of the city?”

Brown recounted the story of a nurse who typically comes each summer to work and rents a place for a couple months. This year she will be bringing down an RV and living at a campground because she can’t find a place to rent.

“Even as far away as Elizabeth City, the apartments are all booked solid,” Brown said. And there’s no quick fix to help house workers this summer.

Some places, like Kitty Hawk Kites, can advertise for summer jobs and offer housing along with the job, Brown said.

“Some of our businesses over the years have gotten their own housing for their summer help,” she said.

But despite the shortages for housing and workers, Brown said they’re expecting a banner summer on the Outer Banks.

“The whole COVID thing, people are not doing international travel, a lot of people don’t want to fly anywhere. So they feel a sense of ‘safe’ out at the beach,” she said.

“We’re thankful that we have all these people here, it’s good for our economy, it’s just quite the challenge for our business owners and the workforce,” Brown said.