Is It Breezy? Is It Windy? The Difference Explained

The wind is something we can all feel, but what should we call it? Breezy or windy? Let's take a closer look at the definition and difference between the two forecast terms.

If you've ever wondered what the difference between a breezy and windy day is, you're not alone.

I think we all can recall a memory or experience with the wind. Examples include thunderstorms, a cold front, dust storms, hurricanes to flying a kite. What defines this invisible force of nature?

Well, according to the National Weather Service, descriptions of regularly used weather terms are givento understand the forecast. Descriptions are given for sky conditions, temperature, precipitation probability, time periods and wind.

The wind is described as the prevailing direction from which the wind is blowing, with speeds in miles per hour. So it's all about the sustained wind speed when we're talking about the difference between breezy and windy, not the gusts. 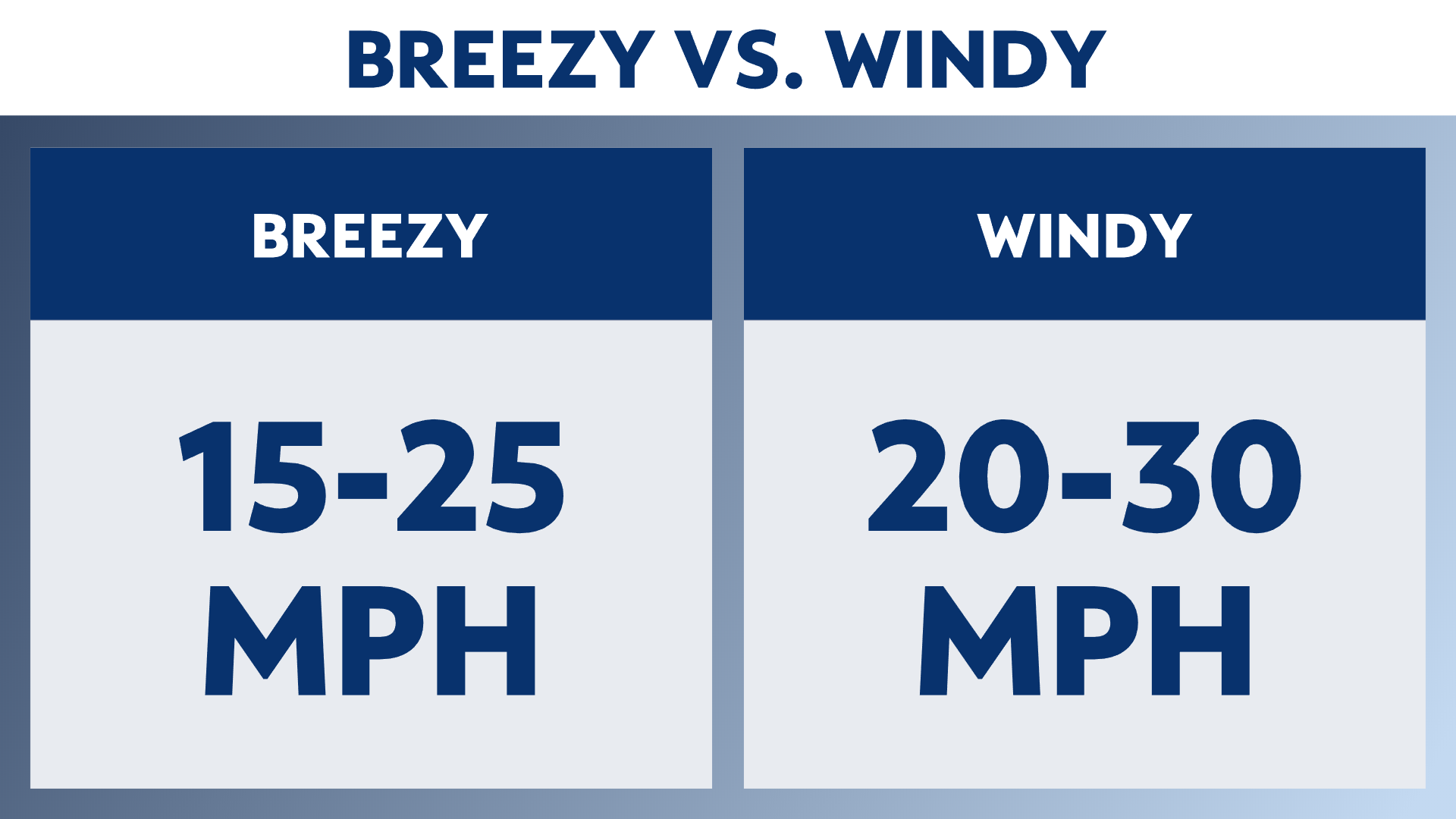 Beyond that? Hurricane-force. Winds sustained at 74 mph or greater.

Now that you know the difference between breezy and windy, you can be ready for what's considered one of the windiest months of the year.