Civilian, Army and Air Force workers, bolstered by heavy equipment, start the gigantic task of cleaning up wreckage remaining in the downtown area of Waco, Texas, May 14, 1953, in the aftermath of the May 11 tornado. (AP Photo)

WACO, Texas — The year was 1953. Dwight D. Eisenhower was president. Allan Shivers was governor of Texas. The year also saw one of the deadliest known tornadoes in the history of the Lone Star State.

On May 11, 1953 a violent tornado ripped through downtown Waco, claiming 114 lives. The National Weather Service states it was the deadliest tornado in the state since 1900.

According to NWS records, by 9:30 that morning it was muggy across much of Central and East Texas. Southeast winds ushered in rich, Gulf moisture. Early morning storms that spanned from Abilene to Junction produced outflow boundaries, which are pools of cooler air. They are believed to have contributed to tornadic activity later that day.

RELATED: Looking back on the Austin twin tornadoes of 1922

Following scattered storms that stretched from the eastern Texas Panhandle to Del Rio, a supercell about 2:30 p.m. that day produced a tornado in San Angelo that was rated F-4, killed 13 people and injured 153. The tornado’s path spanned 20 miles and it damaged or destroyed 519 homes, 19 businesses and 150 cars.

The worst was still to come.

Around 4:10 p.m., a tornado touched down southwest of Waco, near the town of Lorena. A home was destroyed there, and then the tornado moved north-northeast toward Waco.

Striking downtown Waco at the end of a workday, many were caught unaware. In addition to the 114 people killed, 597 were injured. Thirty people were killed when a six-story furniture store collapsed. Five people were killed in their cars. The destruction was so great that some victims waited up to 14 hours to be rescued.

The twister destroyed more than 600 homes and businesses and damaged more than 1,000. Damages exceeded $41 million, which would be well over $300 million in today’s dollars.

Eyewitness accounts of heavy rainfall suggest the F-5 tornado was spawned by a high-precipitation supercell, possibly making the tornado difficult to see. 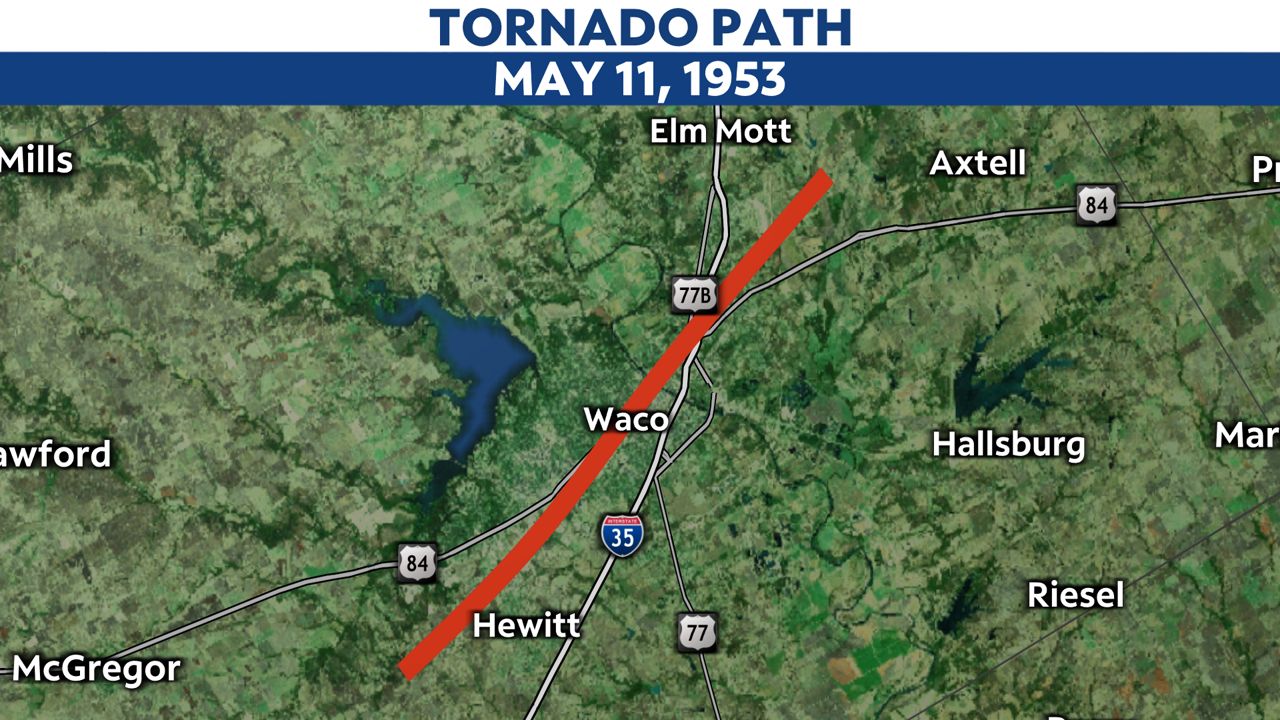 The National Weather Service does note that a tornado in Goliad, Texas, on May 18, 1902, also killed 114 people. However, it rates that the second deadliest Texas tornado since 1900 because it injured 250 people, nearly 350 fewer than were injured by the Waco storm.

As a result of the Waco tornado and the fact that so many victims were caught off guard, Texas A&M University and the United States Weather Bureau, which is now the National Weather Service, organized the Texas Tornado Warning Conference in June 1953. The goal was to create an efficient warning system for severe weather.

The conference led to improved communications between agencies, early development of the SKYWARN storm spotter program and a national radar network.