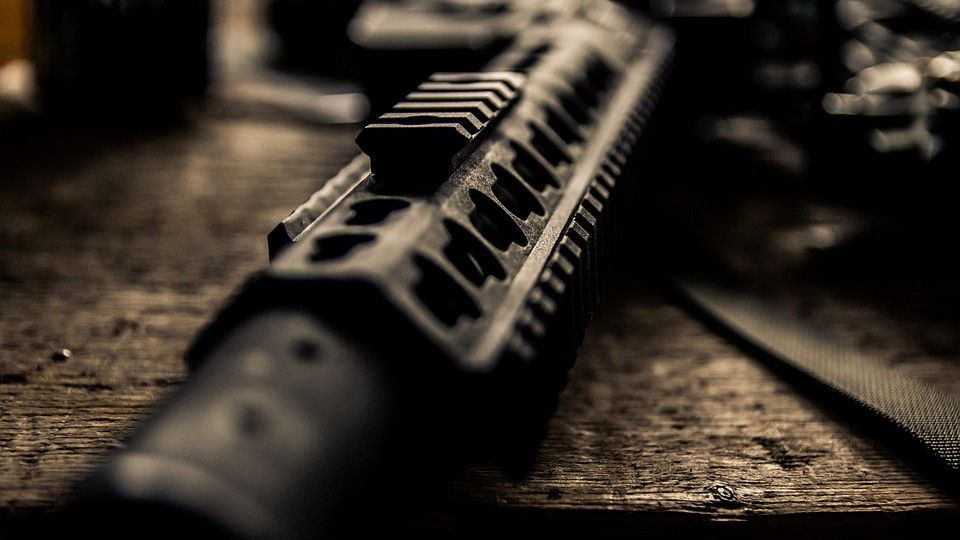 A high-powered rifle appears in this stock image. (Pixabay)

TEXAS — It was July 25. A peaceful protest on Congress Avenue in downtown Austin, just blocks from the state capitol. Suddenly the demonstration turned deadly.

Black Lives Matter demonstrator 28-year-old Garrett Foster was shot and killed as he is walking down the street along with other marchers.

According to police, the shooter, Daniel Perry, was driving his car, attempting to turn through the crowd of protesters when he felt threatened and fired from his vehicle.

Perry told police he shot Foster in self-defense. Perry has never been charged with a crime. Why? Because Foster came to the demonstration with a semi-automatic rifle.


It marked a tragic, but perhaps predictable end to a violent day in Texas. A violent demonstration in Weatherford, Texas, resulted in multiple injuries and two arrests as demonstrators against, and supporters of a Confederate monument clashed near the courthouse square. Days earlier, protests and clashes with police resulted in looting and violence in Dallas. Two days later, more injuries were suffered when two groups of demonstrators clashed in downtown Tyler.

For those old enough to remember, the scenes were reminiscent of what we saw on the news in the '60s.

But even those who remember don’t recall seeing this, especially between Texans.

“But this time is really different in the level of polarization that pre-exists in America today” said Eric Folkerth, pastor of Kessler Park United Methodist Church in Dallas. “We are more polarized, and political scientists have documented this, that we are more polarized than we have ever been in modern times.”

Perhaps no better example than in Weatherford, Texas, where just a few weeks ago supporters of the Confederate monument on the courthouse square came face-to-face with Black Lives Matter activists who had planned a demonstration and protest. Those protesters were mostly concerned, not about getting their message out, but staying safe. “Its only when these people with the guns who support the statue being there, it’s only then that it gets so hostile,” said Weatherford resident Anita Henslee

And that’s where things have changed. Texans who have become so passionate about politics and civil rights, have started bringing lethal words and weapons to the streets and are ready to use them. A Black Lives Matter demonstrator who would only identify herself as “Mama” told us she was carrying her semi-automatic rifle in public to protect her fellow demonstrators and “so no one else will get shot.” She added, “I have a Second Amendment right to do so. I’m a nurse, I’m not one to take lives, I save lives.” Most troubling is how many of the conversations in Weatherford that day and around the state have turned to the topic of civil war.

“They are starting a social civil war and we just want this to rest, said Confederate monument supporter Cheryl Measures.

But few in Texas are more vocal about the potential for violence than a popular YouTube video blogger who calls himself Heavy Duty Country. “So for those of you who are still thinking that another civil war is a fantasy, wake up and smell the gun powder,” he says in a recent You Tube posting.  “When you think of civil war, what do you think of… well, welcome to 2020 and the start of OUR civil war.

The man in the video is a rancher in his mid-20s, from Central Texas. We agreed to protect his identity because he says his videos have upset liberals who have threatened his life. He says that doesn’t mean he’s not prepared to protect himself. His videos feature an array of weapons and him using them. While he says he’s open to compromise with those he disagrees with, he’s not optimistic that can happen. “Just because we disagree doesn’t mean we can’t be buddies or friends or have a coffee together, but (if we don’t talk) we’re going to get to a point where people are just shooting people,” said the YouTube blogger.

Pastor Folkerth says what we are witnessing in the streets of Texas today is the opposite of what America’s Founding Fathers decreed. “The word compromise is now a bad word for everybody, said Folkerth. “We were founded on the process that we assume that people will get together, they will fight in the arena of politics and they will work out their differences so that there is not bloodshed on the streets.”