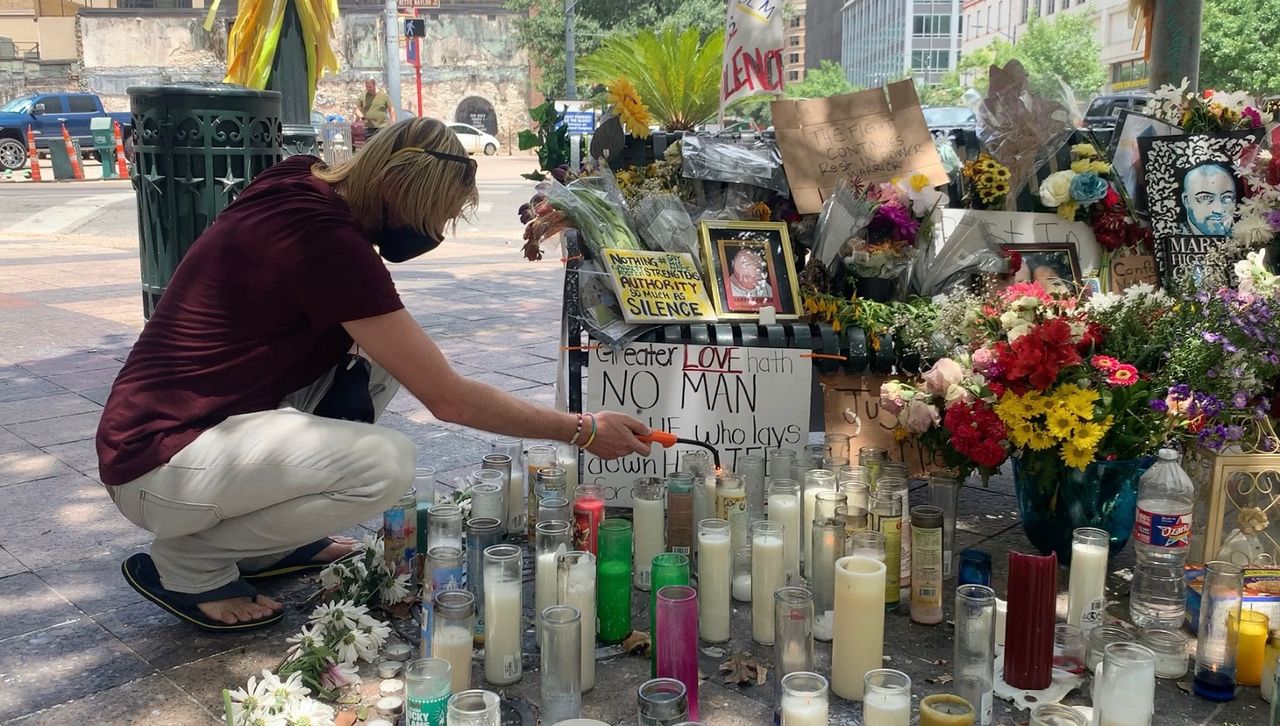 Friends of Garrett Foster Remember Him with Memorial

AUSTIN, Texas — In the days after Garrett Foster was shot and killed during a protest in downtown Austin, his friends and even strangers came together to honor him with a memorial on the corner of 4th and Congress.

Known as "Joker" to his friends, Cartwright has visited the corner of 4th and Congress every day since the shooting. He’s one of the protesters who organized the memorial to Garrett Foster after his death.

“Right away I told people, I was like, we need to go over there the next day and literally set up this vigil for him," said Cartwright.

Cartwright is currently experiencing homelessness, but he’s been buying candles at Walmart to place at the memorial.

“Just coming here, you know, putting up, relighting candles, putting up new candles, like I just brought some more candles you know, so we can have more of them since some of them are getting real low," said Cartwright.

Cartwright says he’s been part of the protests since the end of May, and that's how he became friends with Foster.

“I was raised to protest for things that you stand for," said Cartwright.

Even before the protests began, Cartwright says Foster had been a familiar face.

“[He] helped out the homeless a lot, feeding them under the bridge every Wednesday," said Cartwright, who says he was feet from Foster when he was shot.

“The car came from right there, he went around all the cars around it, and drove into the crowd. And Garrett and me and Whitney and all were right in that area," said Cartwright, gesturing at where he stood on Congress the night of the shooting.

Lawyers for the shooter identified him as Daniel Perry, a 1st Cavalry Division Sergeant stationed at Fort Hood, according to the military. His lawyers say Perry was acting in self defense when protesters surrounded his car, but Cartwright disputes that. ​

“He drove into the crowd so how could that be, he be threatened, if he had, he could’ve waited and left, waited for all of us to go through, but he wanted to drive into the crowd," said Cartwright.

While the memorial has been vandalized several times, Cartwright and his friends have restored it each time.

“It shows, every time this person comes back running it over and all, throwing paint on it, it just gets bigger and bigger," said Cartwright, proud to see the tribute to his friend grow.