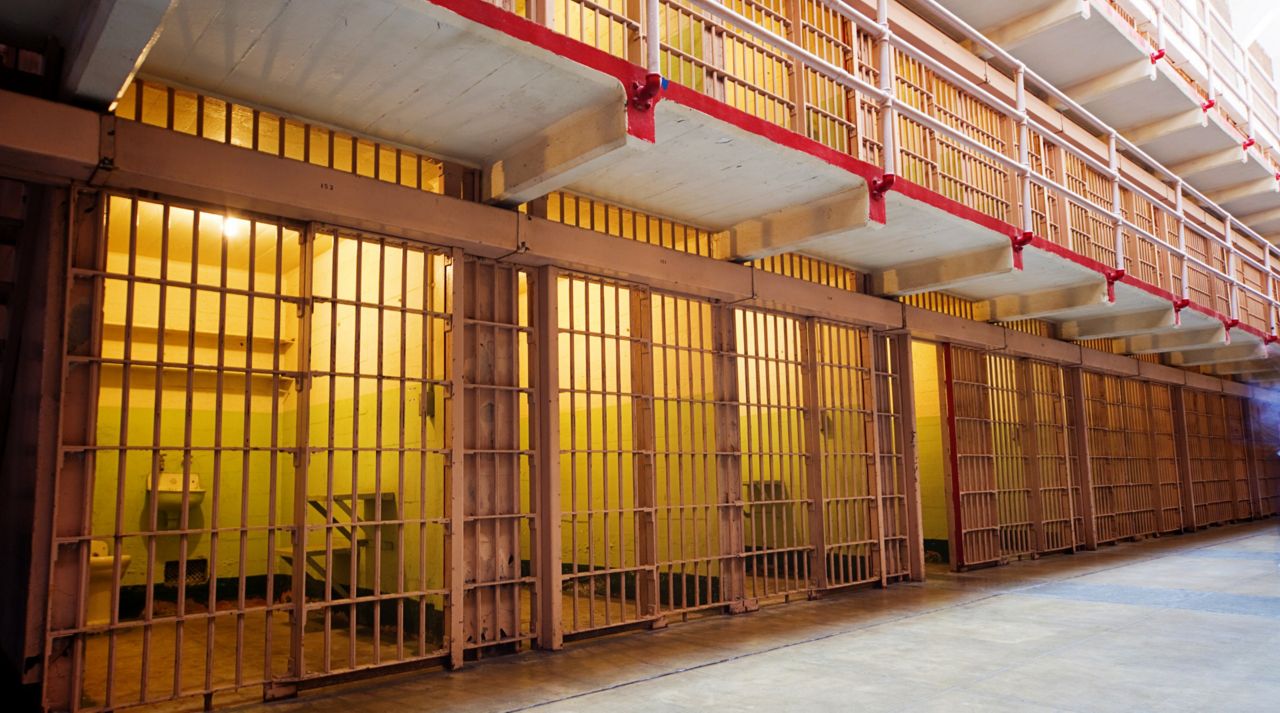 TEXAS — Prisons and jails have been called petri dishes for the coronavirus. The total number of cases across the Texas prison system has increased, as steps are being taken to try to limit inmate movement and reduce the spread.


Throughout the pandemic there have been calls to reduce the prison population in order to mitigate the spread--that includes pushing for expedited release for prisoners who have been granted parole.

Darcy Vargas said she has not seen her son in four years. Gerald Vargas is behind bars in the Sanchez State Jail in El Paso. The 33-year-old was convicted of felony drug and firearm charges.

“I don't think it matters if it's a son or a daughter. Your heart is behind those bars, too, and you serve that sentence right along with them,” Darcy Vargas said. 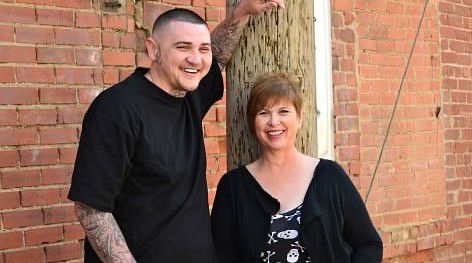 She had hoped to see her son this summer. In December 2019, The Texas Board of Pardons and Paroles granted Gerald Vargas parole, upon completion of a six-month pre-release program. Such programs, which are typical for prisoners who have been approved parole, could cover life skills, substance abuse treatment, or therapeutic community services. As far as Darcy Vargas knows, her son has not started pre-release programming, as Sanchez State Jail remains on lockdown.

“Nobody knew about this stupid virus, but now they're making them wait longer to be out. I mean, he could have been almost done with this program by now,” Darcy Vargas said.

As of 6 p.m. on May 14, Sanchez State Jail has 34 confirmed COVID-19 cases, according to data published on the Texas Department of Criminal Justice website. Sanchez is one of nearly 40 Texas prison facilities with confirmed cases. According to TDCJ data, 1,798 Texas prisoners have tested positive for the coronavirus, and 30 have died. Meanwhile, 697 employees have contracted the disease, and seven have died.

Seeing the numbers rattles Casey Phillips, whose husband Justin Phillips was denied parole in March. Justin Phillips is incarcerated for drug charges at the Estelle Unit in Huntsville, where there have been 85 confirmed coronavirus cases among offenders. Estelle is one of about 40 units on lockdown. 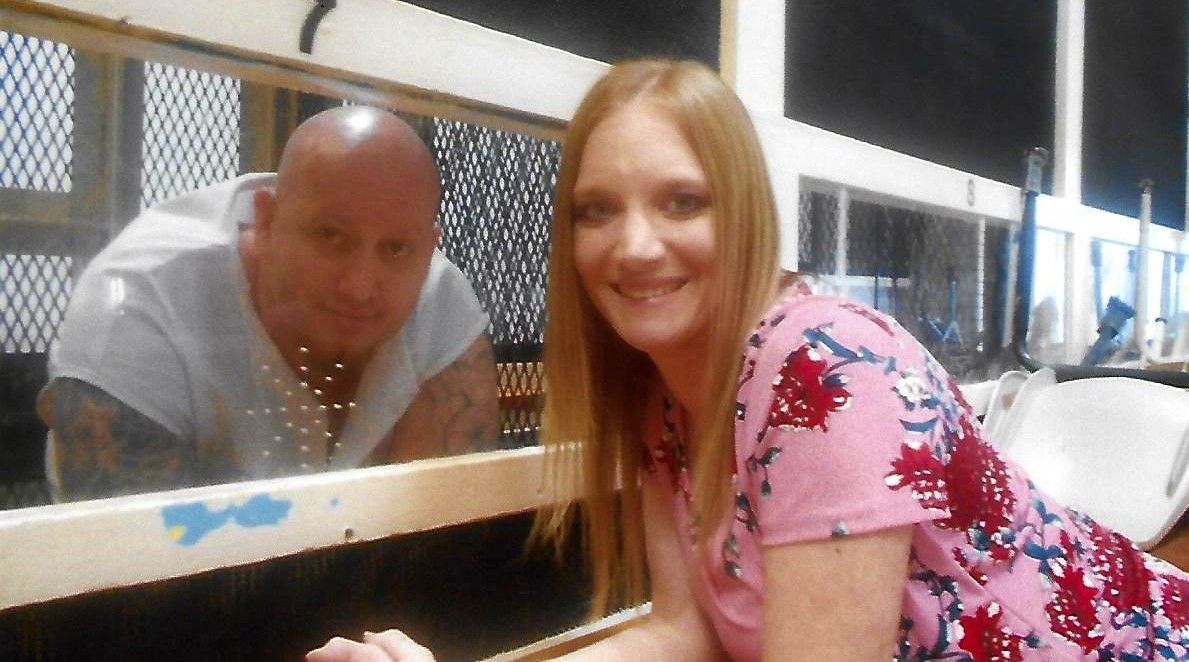 Casey Phillips and her husband Justin Phillips stand on opposite sides of a communication wall and smile for a photo during a prison visit (Courtesy: The Phillips family)

Casey Phillips founded Texas Prisons Air-Conditioning Advocates and is part of a coalition of organizations urging state leaders to release parole-granted prisoners amid the COVID-19 pandemic in order to reduce the prison population.

“It doesn't make them a bad person. People do change, so they deserve the same amount of care that we get out here. They’re human beings. They're all human beings. We should all be treated the same, regardless if we're on the inside or not,” Casey Phillips said.

Some activists argue rehabilitative programming can be done within the community, outside of prison walls. Jorge Renaud, LatinoJustice PRLDEF’s regional director of policy and advocacy for the southwest, said state leaders could work with local groups.

“There are family members that already have a place in their hearts, in their communities, in their neighborhoods, right, that's disinfected. These people have already taken the precautions to ensure that their family and their community is protected from COVID-19. You cannot practice social distancing in a prison,” Renaud said.

But a spokesperson with the Texas Department of Criminal Justice says such a move to have programming conducted outside of prison facilities requires changes to state law. Texas prisons and parole officials said COVID-19 has not stopped the parole review process, as parole panels review cases and interview family members, attorneys, and victims via teleconference or videoconference. Additionally, they said programming continues.

In an email to Spectrum News, a spokesperson for the Texas Board of Pardons and Paroles said “the board believes these programs have been instrumental in reducing the state’s recidivism rate.”

Jeremy Desel, TDCJ director of communications, said there has not been a holdup in programming.

“Well, it’s in everybody's best interest to continue all of that pre-release, pre-parole programming throughout our system. So, we really haven't stopped anything. There have been some minor changes made, where some courses have been made smaller, as far as the class size goes, so that we can keep those class sizes to 10 or under, as recommended by the Centers for Disease Control,” Desel said.

Prison officials said pre-release programming in some cases can take months to begin.

“We’re doing our best to keep those programs and programming moving forward as quickly as it always has,” Desel said.

So, as parole-eligible prisoners wait under lockdown, their family members know the coronavirus will not.

“He wasn’t sentenced to die. That’s the thing, a majority of these men were not given a death sentence. They shouldn’t have to worry if they’re going to die in there,” Casey Phillips said.

As for Darcy Vargas, not a day goes by she is not thinking about her son. She said lately it has been unnerving.

“You kind of put your life on hold until he’s home, because things that you really like to do, don't matter anymore,” she said.