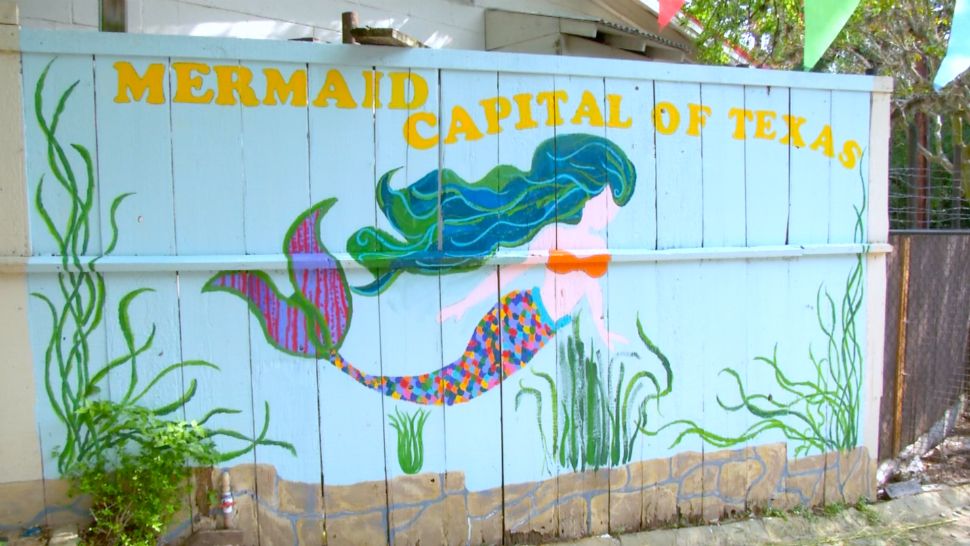 SAN MARCOS, Texas – The City of San Marcos was hoping to get an official designation as “Mermaid Capital of Texas” this legislative session, but that dream is now underwater.

The city is already regarded by locals as the state's unofficial Mermaid Capital. Driving around town, you'll find several mermaid statues, and public art paying homage to the underwater maiden. While that may seem peculiar to some, for many who grew up there, it's a representation of the city's history. The San Marcos City Council voted in April to support state legislation that would make the designation official.

Council members wanted the title to not only promote the city's history and connection to mermaids, but also to promote tourism and raise awareness of the preservation of the San Marcos River.

State Senator Judith Zaffirini sponsored Senate Concurrent Resolution 63 that would designate San Marcos as the "Mermaid Capital of Texas." It received full support from the Senate, but was not voted on in the House of Representatives.

In a statement to Spectrum News, Senator Zaffirini said it was simply due to time constraints of the legislative session:

"In this case we received the City Council’s resolution on May 13, filed the Senate Concurrent Resolution (SCR) on May 14, and had it approved at an Administration Committee hearing on May 21 before the Senate adopted it on May 22. SCR 63 was received in the House of Representatives on May 23. Because the legislature adjourned on Monday, May 27, it simply was too late to complete the legislative process."

Nevertheless, the city still remains prideful of the mermaid moniker. Locals often tell the story of the mermaid, and the relationship to the San Marcos Springs and the former Aquarena Springs amusement park from the 1950s. Synchronized swimming "Aquamaids" drew hundreds of thousands of visitors to the park for four decades.

On my deep dive to find vintage pictures of San Marcos, I was not disappointed. Check out this brochure from "Aquarena Springs" amusement park that opened in the 1950s, along with "Aquamaids" who would perform at the park's underwater submarine theatre at the San Marcos Springs. pic.twitter.com/kxW2nuFxjR

Today, the waters support recreation and tourism, and the Mermaid Society SMTX continues to support environmentalism.

The Mermaid Society SMTX's headquarters is located on the Wonder World premises, creating a partnership that promotes tourism.

"People who have lived in San Marcos like myself, it really does bring back a beautiful childhood memory of Aquarena Springs with the swimming mermaid. That was an extraordinary childhood memory," said Wonder World Park owner Kristin Williams.

Now a grown adult, Williams still fully supports the mermaid symbol. At her own amusement park, there's a huge mural of a mermaid outside and tons of mermaid merchandise in the gift shop.

"We have many things that represent San Marcos, that's just one thing that we can play with and have fun with. You can take a map around San Marcos and find all the mermaid statues. Why not play on that and make it a positive thing? The Mermaid still stands very strong in San Marcos and very proud,” said Williams.

According to Zaffirini's statement, the city of San Marcos can try again to get the designation in 2021.