The forecast for Sunday's winter storm was spot on and resulted in record-breaking snow for parts of Texas.

Sunday, January 10, 2021, will go down in history for record snowfall for Central and North Texas. This winter storm was the second in just over a week to blanket the Lone Star State with wintry weather. 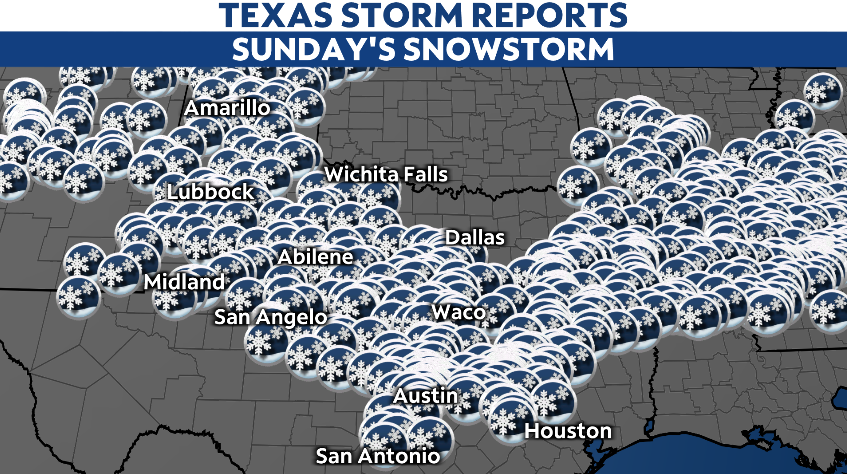 The forecast called for the heaviest snow from the Panhandle to Central Texas, and it was verified by Sunday evening with record snowfall for Austin and Waco.

Reports ranged from one to 9 inches from Central to North Texas. There were widespread 4 to 6-inch totals north of Austin to just south of Dallas. There were reports of even higher 6 to 9-inch totals south of I-20 and west of I-35.

For Austin, it was a daily record snowfall for both Camp Mabry and the Austin Bergstrom International Airport.

Camp Mabry picked up 1.5 inches, breaking the previous record of 0.3 inches set in 1973. This is the most snow received in a single day since February 2004. What was the last measurable snow for Camp Mabry? 0.4 inches in December of 2017. 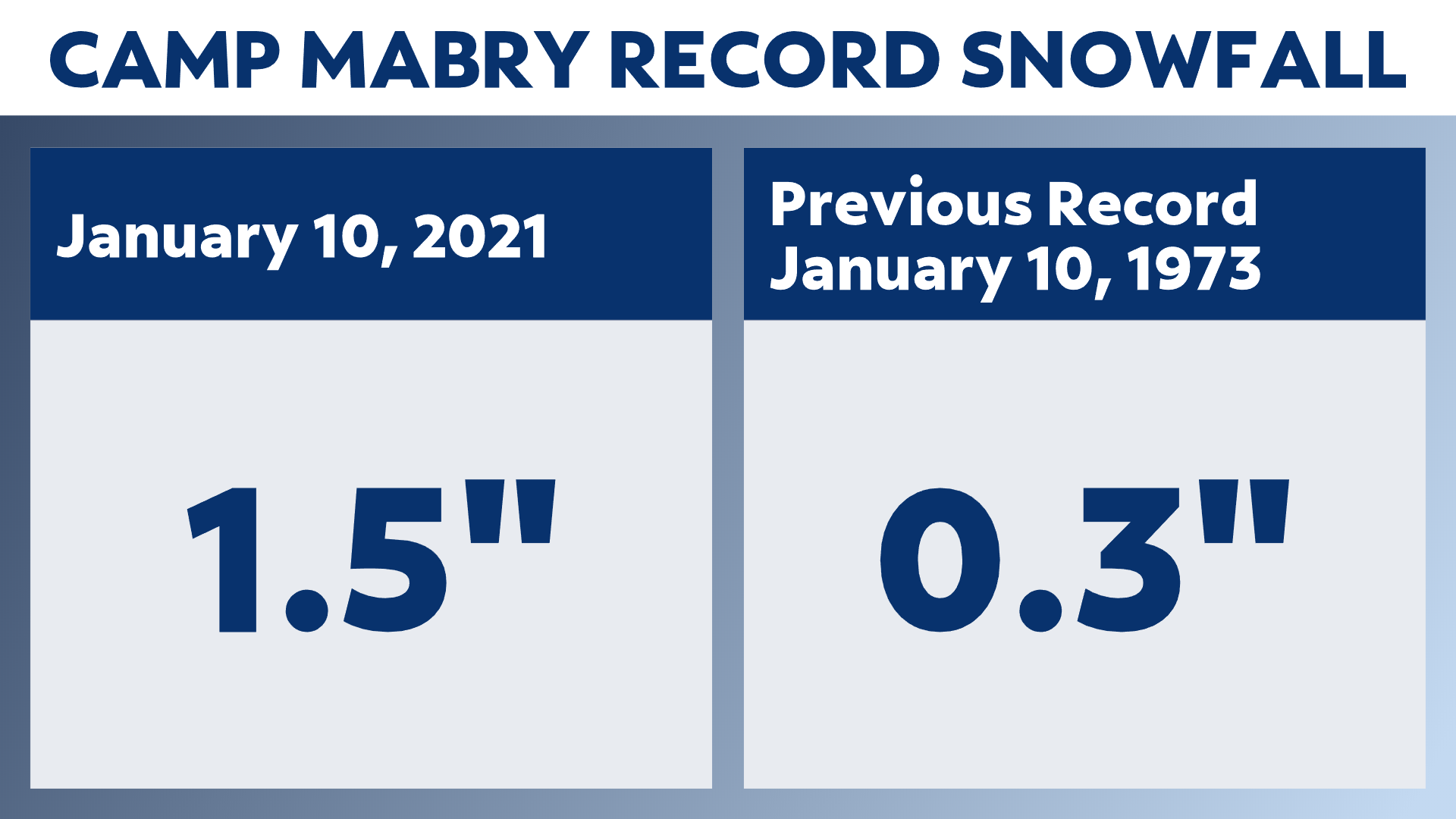 ABIA picked up 1.3 inches, breaking the previous record of just a trace in 2015. 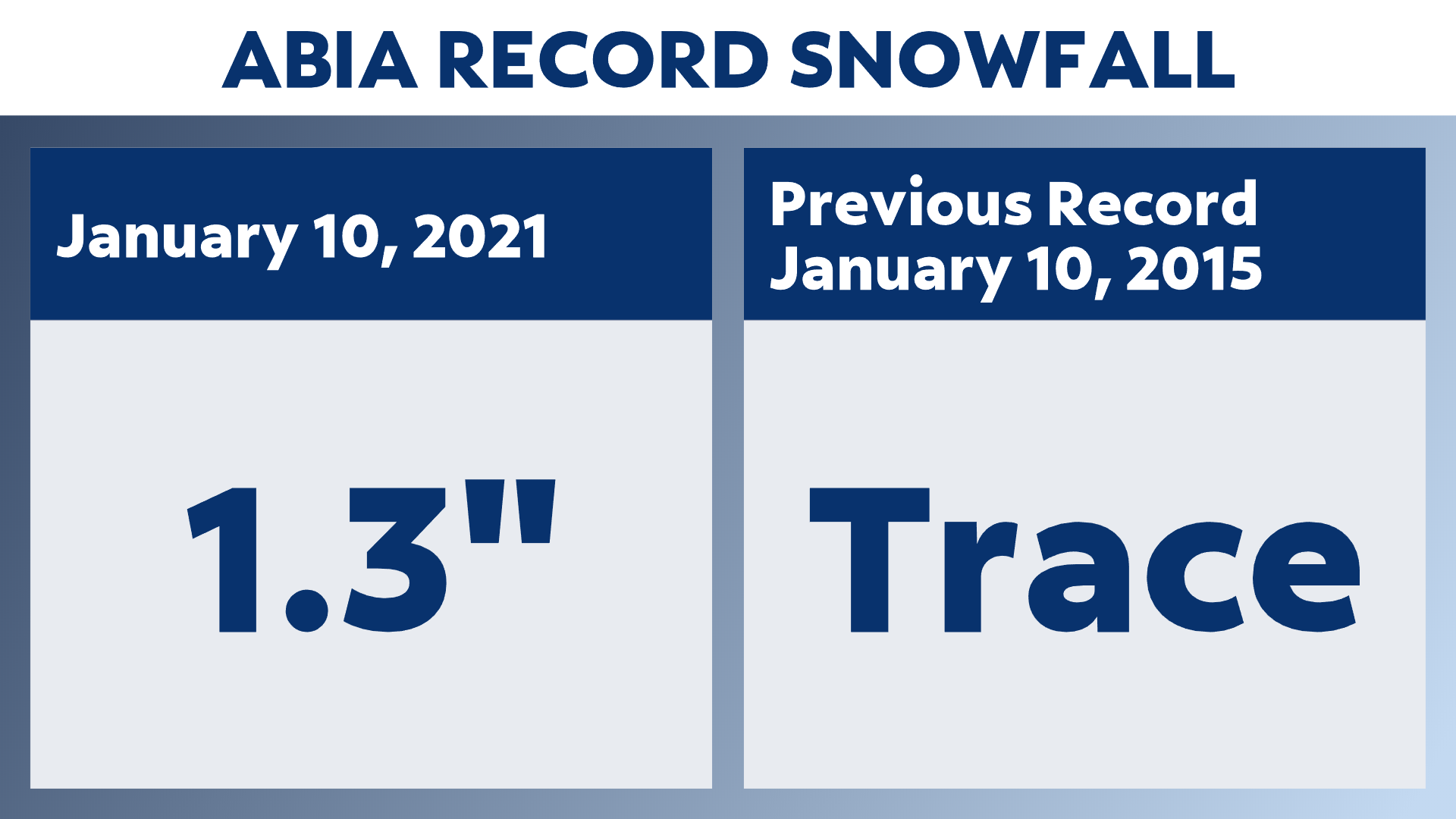 Waco also had new daily record snow with 4.4 inches reported. The previous record was 1.1 inches from 1973. Sunday's snowfall is now the 10th highest 24-hour snowfall event and the highest snowfall since 1982. 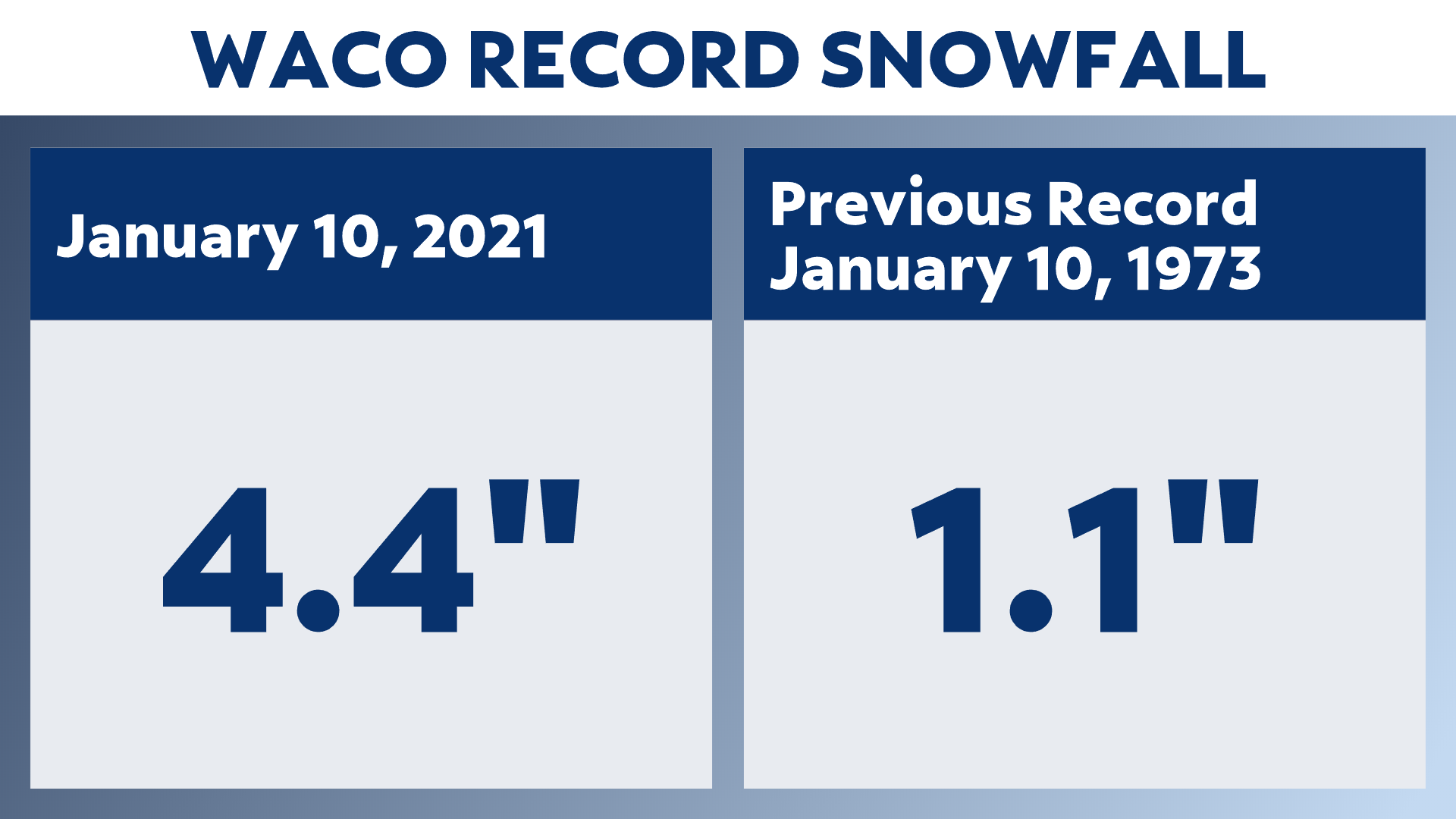 Didn't get any snow in your backyard? Don't worry. Winter isn't over yet.