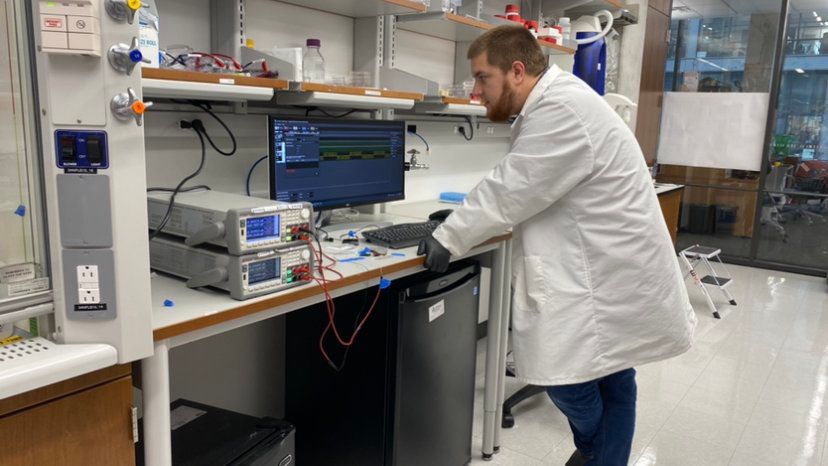 AUSTIN, Texas — Imagine a computer with a device in it that allows it to think like you think like a human. That reality is one step closer to mainstream adoptions thanks to researchers at the University of Texas at Austin.

So far, the standard computer doesn’t have any thoughts, and algorithms do everything. Researchers including Dmitry Kireev and Jean Anne Incorvia are hoping to change that.

“We found a solid, still safe, flexible, and biocompatible device that can perform functions of the biological brain. This kind of device has been done before, but what we’ve done is made these devices flexible and biocompatible, so in the long term, if we look at it, we can actually morph it with the brain,” said Kireev, a research associate at UT Austin.

“We fabricate them in the clean room and then we come over here and test,” said Incorvia, an assistant professor at UT Austin.

Their research at UT Austin has led them to creating devices, called synaptic transistors, enabling computers to think like a brain.

“We put it on a very flexible and biocompatible substrate so you know it’s all fully flexible,” said Kireev.

According to the researchers, the transistors made of flexible graphene are like synapses in the brain that connect neurons to each other.

“We can arrange it in a new architecture with what’s called neural networks, which can allow it to do things like we can have artificial synapses that will hold a weight, and that kind of mimics the connectivity of the brain,” said Kireev.

Dmitry has been in this line of research for most of his studies. He says in the short term you’ll see it used with computer type devices, but in the future it could come in contact with the human body. Their research brings it all one step closer.

“At this point we want it to work like a brain but with the vision that later on we can have it to substitute the brain to make brain prosthesis maybe solve some brain diseases,” Kireev said.