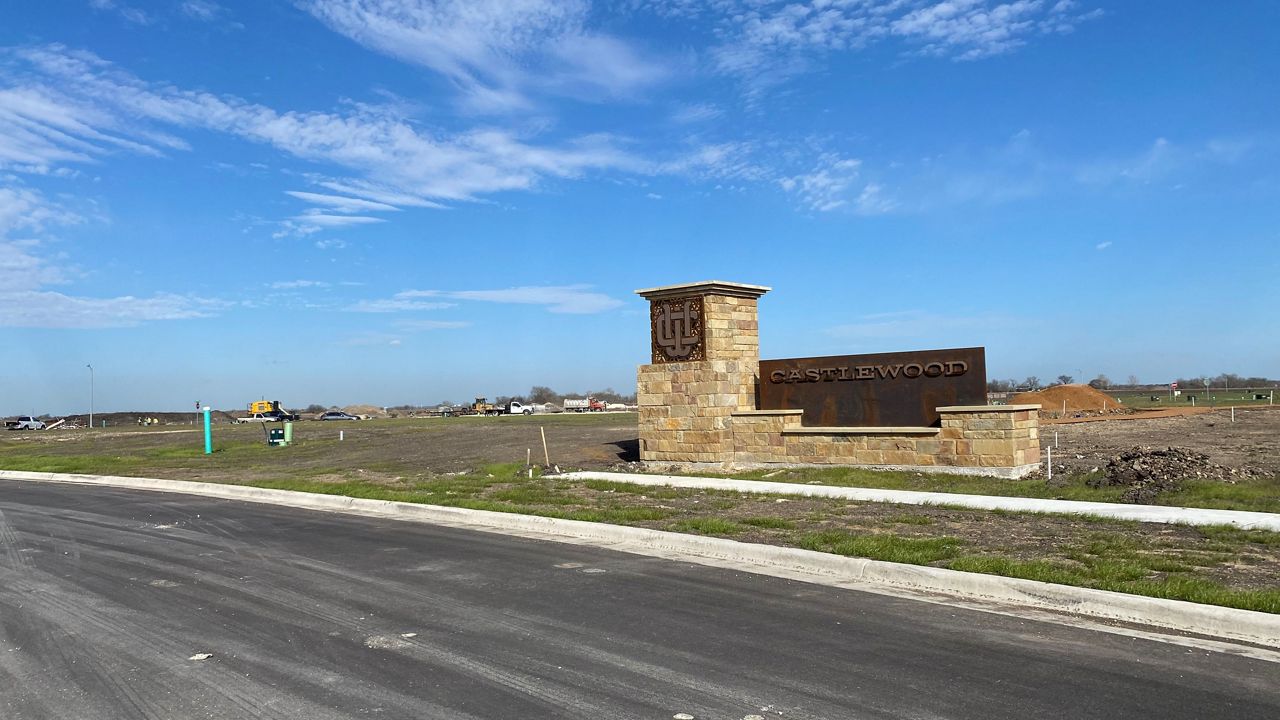 TAYLOR, Texas — Anyone who wants to move to Taylor, Texas, in the next two years may have trouble finding a home.

According to Redfin, home prices in Taylor are up 40% compared to this time last year, but it’s not the prices that could keep people from buying. As future Samsung employees consider where to live, inventory could play a major role in their decision-making.

“This is a development that we’ve just driven through,” Douglas Moss, an architect for Steinberg Hart, said, pointing to a map of the city of Taylor. “This is a new development across the street. This dark black line represents the new site for Samsung.”

Steinberg Hart recently won a $25 million, 150 unit, multi-family project called Castlewood in Taylor. It’s located along FM 973, less than a mile from where Samsung will be located at the former intersection of CR401 and CR 404.

Moss says the project is necessary for people wanting to move to the area and potentially work for the tech giant.

“For someone to imagine moving in, in the next six to 12 months, that would be pretty difficult,” Moss said. “There just aren't any new developments or homes that are being built to help increase that inventory. That's going to be a challenge for the next, probably, two years.”

The shortage in inventory price could be driving higher real estate prices.

Samsung is expecting to create 2,000 high-tech jobs at the semiconductor manufacturing facility in Taylor. It also expects thousands more related jobs once the plant is in full operation.

“I think we lucked out with the pandemic,” Courtney Pittman said, referring to the value of her home increasing over the last three years. “People were wanting to move out of the city, which kind of increased our value. Then Samsung happened, which I think that's just going to totally increase the value as more people continue to move out this way.”

“There were a lot of older homes available,” Pittman said. “Now if you look at Taylor on Zillow there’s barely anything.”

Pittman understands inventory is low and that this home may soon be worth even more than it is now, but with all the changes to come, she hopes it doesn’t change what she’s come to know and love about this small town.

“The only thing I worry about sometimes is will Taylor lose its small-town charm,” Pittman said. “I love Taylor the way it is.”