A woman gets an ultrasound. (Whole Women's Health)

AUSTIN, Texas — When Texas banned abortions after six weeks of pregnancy, the few abortion clinics left across Texas fell silent, as more women were forced to go across state lines to have an abortion. For Whole Women’s Health in Fort Worth, the numbers of abortions a week has dwindled to about a third of what it used to be, and the clinic is seeing that reflected in the staff.

This isn’t the first time Sadler has seen her staff fluctuate because of the uncertainty surrounding abortion law. Abortion rights advocates and abortion care providers have historically seen the procedure threatened time and time again. On Oct. 6, federal judge Robert L. Pitman in Austin halted the country’s most restrictive abortion law, but that decision was quickly reversed after a federal appeals courts Friday night allowed Texas to temporarily resume banning most abortions.

"We've seen legislation and laws go into effect that have closed us sometimes overnight, we've gone from being open to being closed. And so I think, because we do have that history in this business or in this movement, sometimes staff,  especially staff who are newer to the movement or staff who just don't have the room to take those risks, definitely have to make decisions to find employment that they feel are more stable at this time,” said Senior Director of Clinical Services for Whole Women’s Health Marva Sadler. 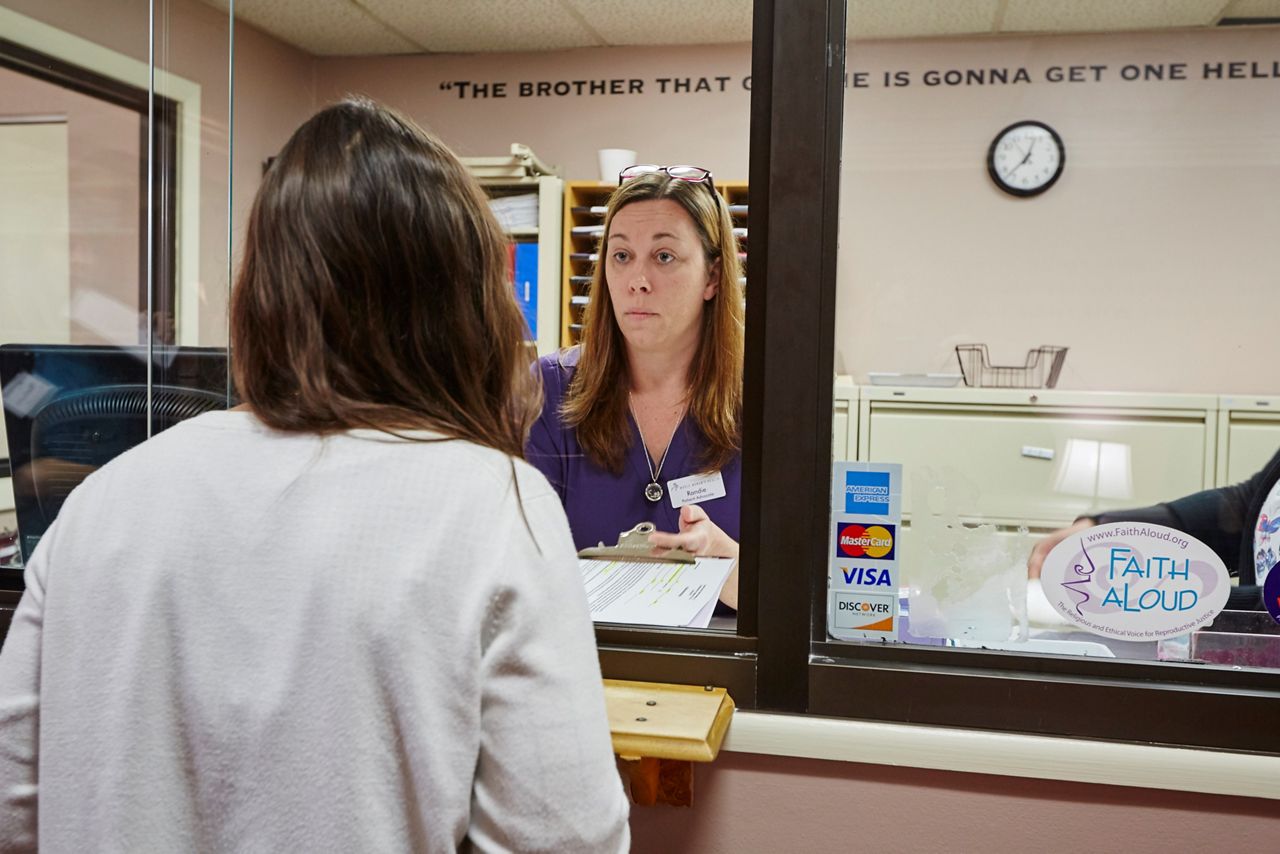 “We've definitely seen SB8 affect our staff starting in May, a really big impact in in the mid-summer, all the way up until today. We had some staff [in May] begin to kind of have to make some decisions on how much risk they could take being an employee working in abortion care. That risk now not only including dealing with the protesters and coming to work and the thought and possibility of harassment or danger, but now also included the risk of being sued or called out publicly by anybody who was a resident of the state of Texas,” Sadler said

SB8 shifted Sadler's work from providing women access to abortions to being a referral service for women desperately seeking those options they once had.

"The numbers have gone down, the amount of women reaching out to us and definitely the amount of women who qualify to continue with the procedure has decreased dramatically. So our clinics at this time are definitely really slow,” Sadler said. "I think the one thing that we've been able to stand on to hold to our value is to be here and to be available for our patients to help them no matter what that looks like for them at that moment. So we're absolutely continuing to keep our doors open as long as possible and to offer appointments to all patients including patients who are over the six week limit or who don't know how far along they are even, if that visit is just to help that woman figure that out. How far along she is and what her options are moving forward? Because it is a race against time depending on how far along you are in the pregnancy.”

Sadler says more women are opting to carry the pregnancy out now, as SB8 is affecting their decision from the moment they find out they’re pregnant.

“Majority of the patients, even though I have everything that I need sitting in one space to offer her everything that she needs, I am forced to send a woman outside of the state where she lives, prays, raises children and pays taxes in to another state that she's unfamiliar with to get the care that she could get right here at home,” Sadler said.

Aledo resident Lily Staats knows far too well the uncertainty and anxiety an unplanned pregnancy can cause for a woman.

"I had just graduated high school, it was 2019, and I had missed my period. And so I took a pregnancy test and it was positive. And I told my son's father, and we both cried because we were so scared and so nervous,” Staats said. 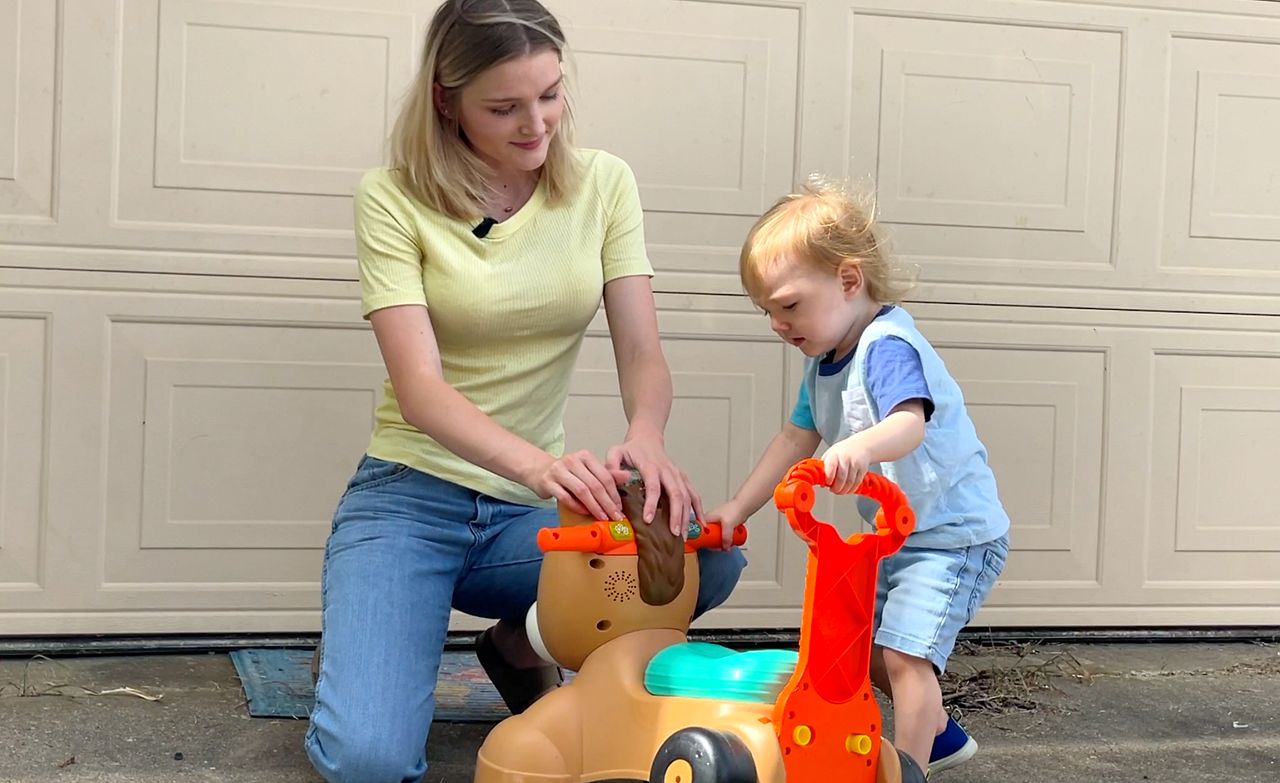 Staats sought out her nearest pregnancy options center in Weatherford, initially going in dead-set on choosing abortion. She was focused on her future career, but was facing a decision — with one option that she knew would cause disappointment for family and friends. She says she’s grateful at that time, she actually had all options.

“I was lucky enough to find out before I was too far along. Some women are not that lucky and it's so unfortunate, because now, after September when they go into that building, they don't have that choice. It's adoption or you’re a mom,” Staats said. "I just made the choice, it got past the point where I could have an abortion, so it's like whatever, I’ll just have a baby. And I'm glad I did, he is the funniest little human you've ever met in your life.”

Staats said she risked her life carrying her son Clayton to term, having to have an emergency C-section. Ultimately, she says being a mother is the hardest thing she’s ever done, but she is thankful for the choice she made. She’s now on track to pursue her dream of working as a mortician.

“I almost died delivering my son. I had a hemorrhage and I almost died,” Staats said. “I would not wish that on anybody. It is so hard. And I'm blessed to have been given a choice and my heart breaks for the girls who aren't able to have that choice now.”