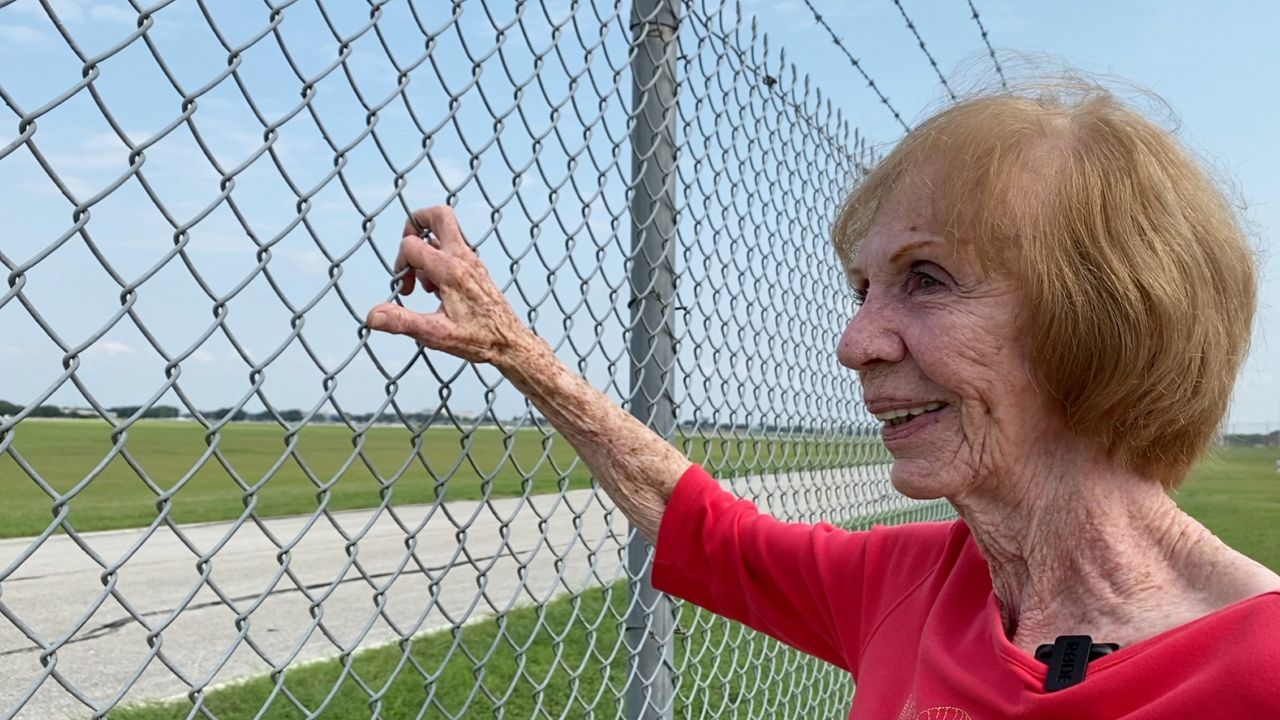 AUSTIN, Texas — When honoring veterans, the women are sometimes overlooked because they were not always on the battlefield. Although, in the early years, they were there in support of service members.

Miss Annie is a Vietnam War era veteran on a mission. She wants to get more recognition for female veterans like herself before it is too late.

In her free time, you will find Annie with a twinkle in her eye working on one of her many paintings.

"I normally do it as like a surprise," Annie explains.

Always thinking of others, she has been in service pretty much all of her life.

A painting of her grandfather hanging in her home reminds her of when she decided to join the military.

"People were saying 'Oh you don't want to do that' and my grandfather stepped in and said 'Yes, she does,'" Annie recalls.

So Annie joined the Air Force.

"International flight attendant, flew all over the world. Here are my wings, my Air Force wings," Annie says. "Through the years, it took a while to start recognizing women in the military."

While serving during the Vietnam War, she later became a commercial flight attendant.

"I had actually worked a flight, carrying some veterans to Washington, D.C.," Annie remembers.

It is the type of flight she would be happy to take. Annie hopes one day she will leave the Austin-Bergstrom International Airport on an Honor Flight, an all-expense paid trip of a lifetime to Washington, D.C., recognizing veterans for their service.

"I called to go on one of the flights and I was told that I wasn't qualified because I wasn't boots on the ground or in-country type thing," she explains. "But they had a waiting list."

In 2016 and 2018, Honor Flight Austin flew women veterans who served between certain years regardless of their service history.  But the group says it has not done another because they had a difficult time filling the second flight.

"I got excited going, 'I can get you the women veterans. You get the plane'," Annie shares.

Honor Flight Austin Chair Matt Mathias says the team accepts veterans by priority, based on age and health condition. However, he says they could potentially do another special flight, like an all-women flight, if they get enough to apply.

"Our normal flight is composed mostly of male veterans because that's the population that exists, but most flights do have two to five female veterans on it and they're always the life of the party," Mathias says. "If you're World War II, Korean War or Vietnam War, we're looking for you. And if you know of someone in your community, please get them to sign up.”

"Honor Flight, especially for Ms. Annie, I think would be the culmination of her career and just recognizing the energy, and the effort, and the love and the compassion that she put forth when serving her country," Mack said.

And Miss Annie would not want to take that flight without her fellow women veterans by her side.

Honor Flight Austin has four flights scheduled for this fall and they plan to execute four flights in the spring. The group takes 50 veterans per flight.

Honor Flight Austin representatives say if they get more women to apply for an Honor Flight, it may allow them to host another all-women flight.

You can find more information on how to apply at honorflightaustin.org.

The Chief Executive Officer of Honor Flight Austin personally sent Miss Annie an application in hopes of getting her in the system and on a flight.