FILE -- In this July 1945 file photo the main gate is pictured at the Mauthausen Concentration Camp, near Linz, Austria. The concentration camp was liberated by U.S. troops on May 5, 1945. (AP Photo/Lynn Heinzerling, file)

TEXAS – Two studies released independently this month are providing a new look at Holocaust education in the United States – one showing that young adults aren’t getting basic Holocaust knowledge and the other displaying how Holocaust education can impact the students who do receive it.

The U.S. Millennial Holocaust Knowledge and Awareness Survey, which was released on Wednesday, surveyed young adults ages 18 to 39 asking questions like if they knew how many Jews were killed during the Holocaust, if they could name a concentration camp or ghetto, and if they’ve recently seen Nazi symbols in their community or online, among others.

“Nationally, there is a clear lack of awareness of key historical facts; 63 percent of all national survey respondents do not know that six million Jews were murdered and 36 percent thought that ‘two million or fewer Jews’ were killed during the Holocaust,” read a section of the survey report.

Eleven-thousand people were interviewed as part of the survey: 1,000 from a national pool, and 200 from every state.

Of those surveyed in Texas, 63 percent did not know that 6 million Jews were killed in the Holocaust and 64 percent said they had seen Nazi symbols on the social media platforms they have visited in the past five years.

Renee Lafair, the regional director for the Central Texas chapter of the Anti-Defamation League (ADL), says the results of the survey make her nervous. 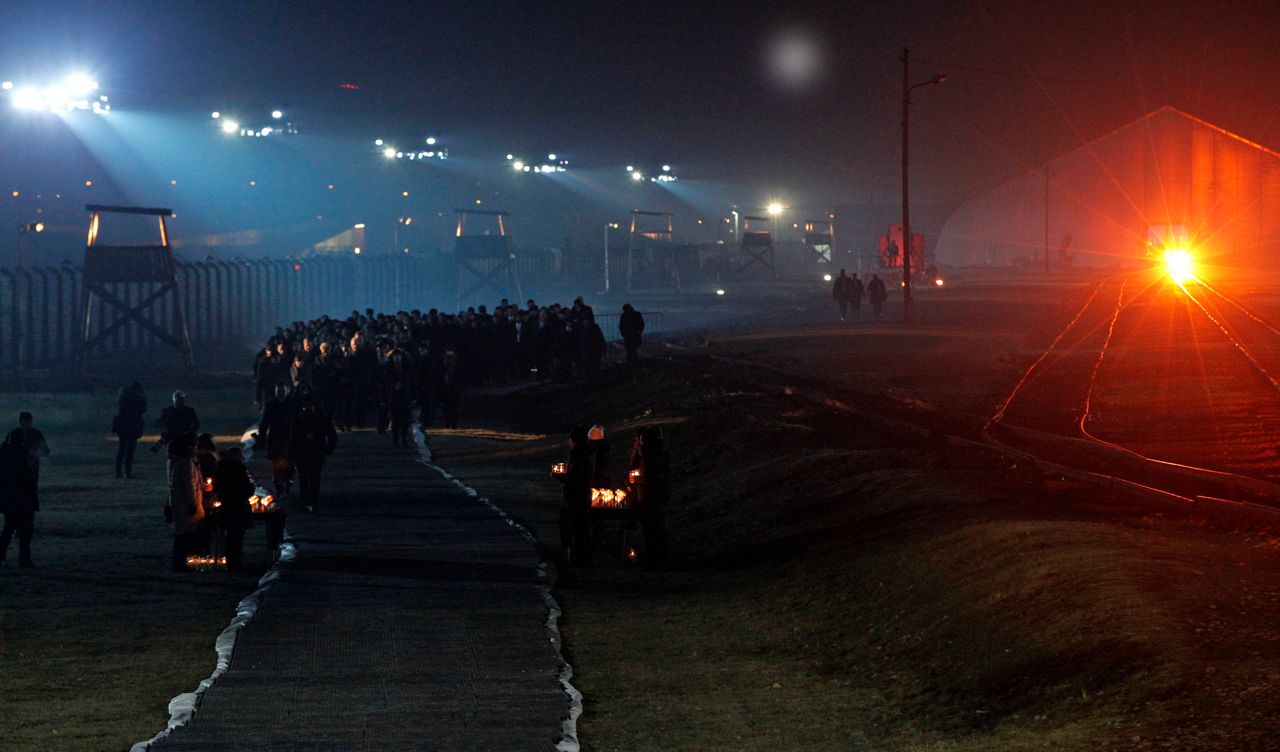 FILE - Holocaust survivors and diginitaries arrive to put candles at a memorial site at the Auschwitz Nazi death camp in Oswiecim, Poland, Monday, Jan. 27, 2020. Survivors of the Auschwitz-Birkenau death camp gathered for commemorations marking the 75th anniversary of the Soviet army's liberation of the camp, using the testimony of survivors to warn about the signs of rising anti-Semitism and hatred in the world today. (AP Photo/Czarek Sokolowski)

“Understanding our history is the key to not repeating it,” she says. “The Holocaust is unfortunately a case study of hate run amok and all of the lessons on of how that hate gets built and the steps that it takes to reach the worst point – which is genocide – happened in the Holocaust.”

Considering how many young adults get their news from social media, Lafair says it’s additionally concerning how many of those surveyed reported also seeing Holocaust denial or Nazi symbols in their social media feeds.

“But the good news is that 80 percent in Texas thought it was important to continue teaching about the Holocaust, in part so that it doesn’t happen again,” she says. “So I worry about where we’re going to be in a generation if we don’t double down on this education now. Especially because survivors are dying.” 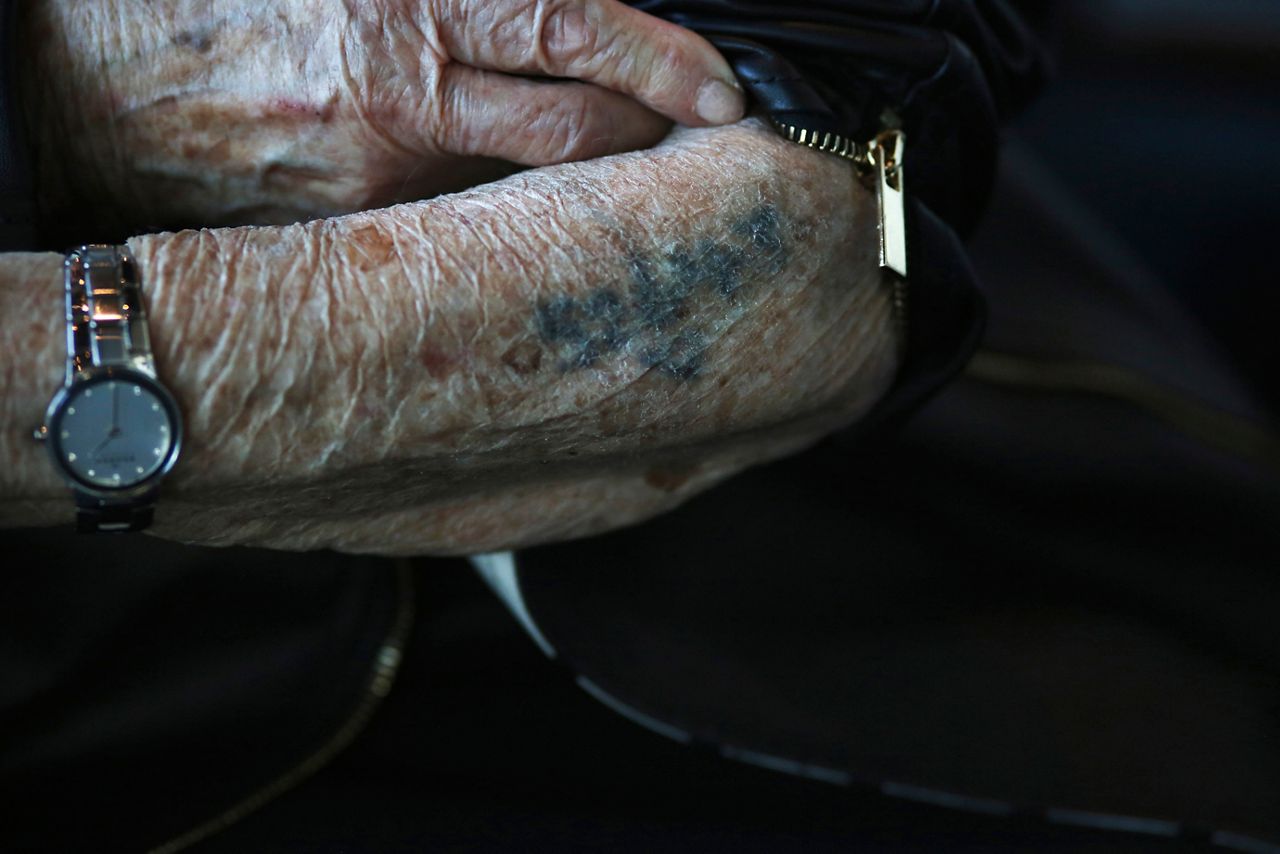 FILE - In this Jan. 22, 2020, photo, Holocaust survivor Bronia Brandman rolls up her jacket sleeve at the Museum of Jewish Heritage in New York to reveal the numbers 52643, which were tattooed on her arm at the age of 12 upon her arrival to the Auschwitz concentration camp. Brandman and her eldest brother, Mendek, were the only members of her immediate family to survive. (AP Photo/Jessie Wardarski)

According to Lafair, the deaths of Holocaust survivors who can share their first-hand experiences is just one problem contributing to the knowledge gap. The passage of time is itself a factor and educators also have different priorities pulling their lesson plans in different directions each and every school year.

“I mean there’s only so much time in the day and there’s certain requirements that have to happen in schools, so it’s a crowded field and you have to choose where you’re going to spend your energy,” Lafair explains.

There is a recent push to get more Holocaust education into Texas schools. During the 2019 legislative session, S.B. 1828 passed, creating a “Holocaust Remembrance Week” in public school districts across the state. This past January was the first time schools participated, including a district in San Antonio that taught an expanded 21-day course on the Holocaust to 600 middle school students.

“[Holocaust education] has to be a multi-pronged approach because for every district and every school it’s going to look different,” explains Lafair.

Lafair also points to free curriculum from the Texas Holocaust and Genocide Commission that include poems, essays, short stories, film clips, and excerpts from novels and memoirs as another resource.

That education can help students learn to be empathetic, tolerant, and more open minded according to another study also released this month. 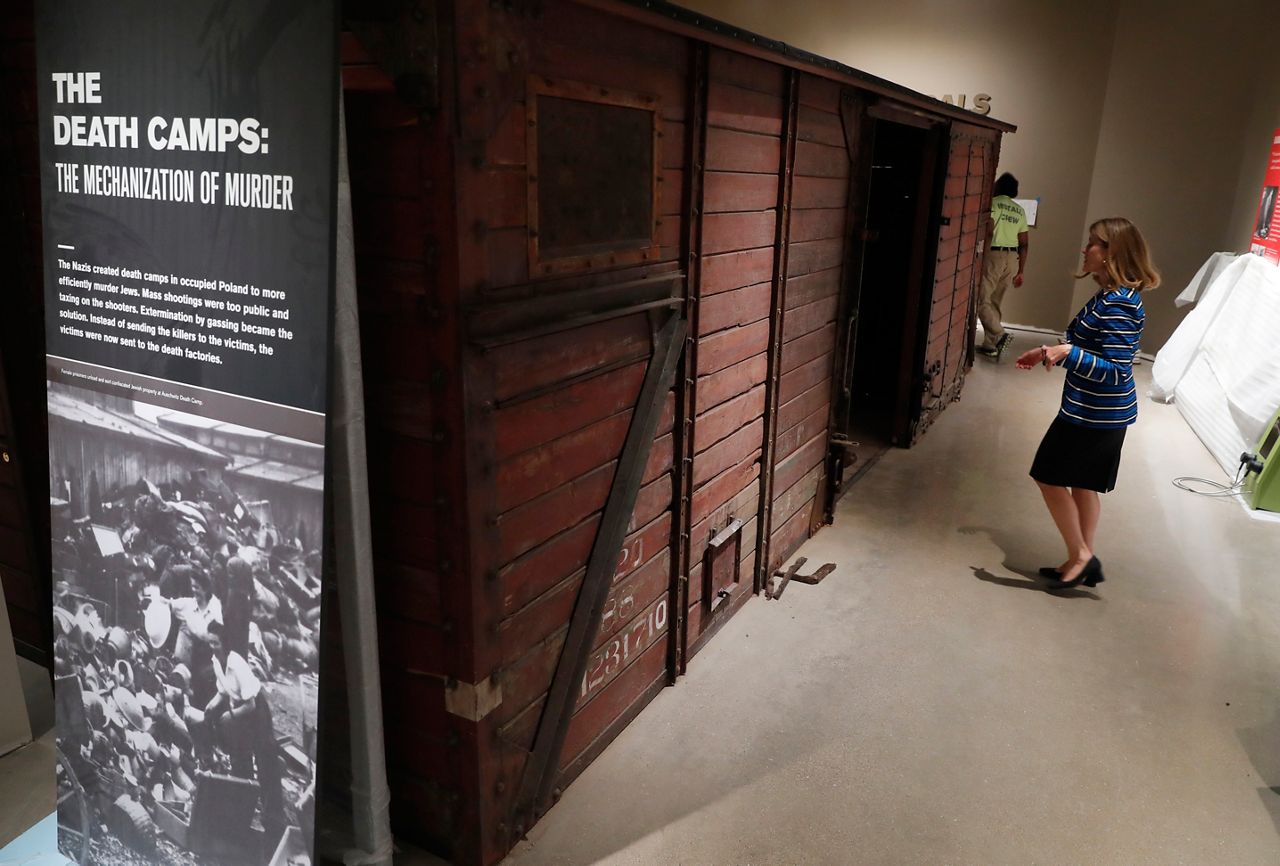 FILE - In this July 29, 2019, photo, Dallas Holocaust and Human Rights Museum President and CEO, Mary Pat Higgins, walks through a World War II era train box car at the museum in Dallas. The car is similar to those used to transport Jews to concentration camps. (AP Photo/Tony Gutierrez)

The Echoes & Reflections U.S. College Survey conducted by the ADL asked 1,500 college students ages 18 to 24 whether or not they had received Holocaust education in high school.

It also found that those with the Holocaust education were more likely to offer help when witnessing bullying and, if that education included survivor testimony, they also demonstrated higher critical thinking skills and a greater sense of social responsibility.

“Not only is [Holocaust education] important from a societal perspective, but students, when they learn about the Holocaust, find the subject material to be really interesting,” says Lafair. “The combination of history and lessons learned, the subject matter — they really find it to be interesting, informative. They learn from it.”