Voices of Texas is a series of exclusive conversations with the people who make the Lone Star State what it is, discussing the important topics of today and looking toward the future.

TEXAS — MJ Hegar may be an underdog in the Texas U.S. Senate Race, but she’s undeterred. After a tough primary runoff, Hegar came out the victor and is set to take on Sen. John Cornyn (R-Texas) this fall.

A U.S. Air Force veteran, she served three tours in Afghanistan. After her helicopter was shot down by the Taliban, she was unable to return to flying. As a woman, she was barred from competing for a ground combat position because of it and later sued the U.S. Air Force to remove the Combat Exclusion Policy. She wrote a memoir about her experience.

Before setting her eyes on the Senate, she lost a tight race for U.S. District 31 against Rep. John Carter (R-Texas) in 2018.

Spectrum News sat down with Hegar to see what leadership, and being a Texan, means to her.

What makes you want to serve the state of Texas so passionately?

"I took an oath to support and defend our Constitution against all enemies, foreign and domestic, and I believe that electing servant leaders to represent our communities is a natural extension of that mission. Texans deserve leaders who are committed to integrity and building broad coalitions to help everyday families. I’m running for Senate because I’m dedicated to expanding access to affordable, quality healthcare, building an economy that works for all, and putting Texans first as we recover from the pandemic. I know we can move the needle on making our country stronger and delivering real results for working families when we come together."

What do you say to people who are afraid of the direction Texas is headed?

"I know that right now with everything going on, it may feel a little overwhelming, but I try to focus on the Texans across the state I have spoken to who are stepping up to make sure we deliver the results our state needs. From meeting with essential workers serving on the front lines, to talking with local leaders in our border communities, to hearing from Texans making sure our grocery stores are stocked, I’ve found when you step away from the political echo chamber, there is actually widespread agreement on how to fix the problems we’re facing. We just need to start electing servant leaders who will put the mission first and deliver real results for our working families." 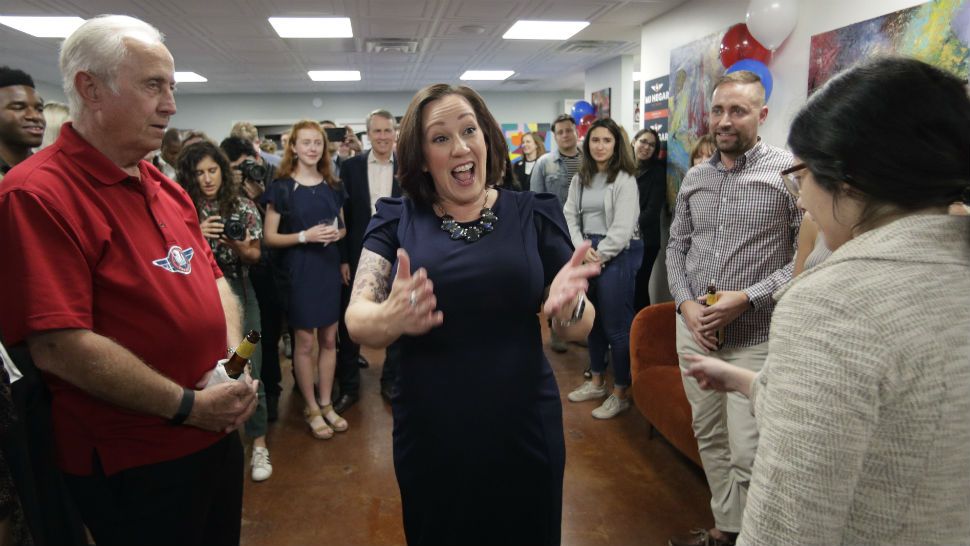 What does it mean to you to be a Texan, and what traits define Texans most?

"I grew up in rural Texas, studied at UT Austin, and now I’m raising my boys here in Round Rock. I’ve traveled tens of thousands of miles across the state talking directly with Texans, and what strikes me is that there’s so much that we agree on as Texans. Texans aren’t afraid of tough fights and standing up for what we believe in. Texans embody independence and courage as guiding forces in our everyday interactions. That’s why Texans are so sick of Senator Cornyn, who’s sold us out time and time again to serve his wealthy donors and special interests. When we look at DC, we don’t see Texas values reflected — that’s why it’s time to send a fighter like me who understands the challenges facing working families and will fight for Texas values."

What’s the one thing that Texas needs most to successfully navigate the next decade?

"Texans need elected leaders who will provide real leadership and solutions to the challenges facing us. During the COVID-19 pandemic we have seen the negative impact of having politicians in charge who care more about covering their own asses rather than listening to the experts and doing what is necessary to address the problem. I encourage everyone to look up some of the great down-ballot candidates who are stepping up to steer us through the public health and economic crises stemming from the COVID-19 pandemic; expand access to quality, affordable health care; enact common-sense gun safety measures; end the inhumane treatment of children and families at our border; and so much more. I believe when we come together, there is nothing we can’t solve, but we need leaders like myself who will put politics aside, build broad coalitions, and get the mission done."

When you think of the next generation of Texas’s history, what do you envision?

"I’m running for Senate to protect the world my two boys and all of our kids grow into, so I’m constantly thinking about the legacy we’re leaving behind. I believe that this election, we’re going to show the world who we really are as Texans — we have the grit and determination that’s needed in DC to fix the broken system. We’re going to deliver a healthy dose of Texas values to DC and deliver real results to help working families, charting the path for a better Texas and serving as an example for the rest of the country to follow."