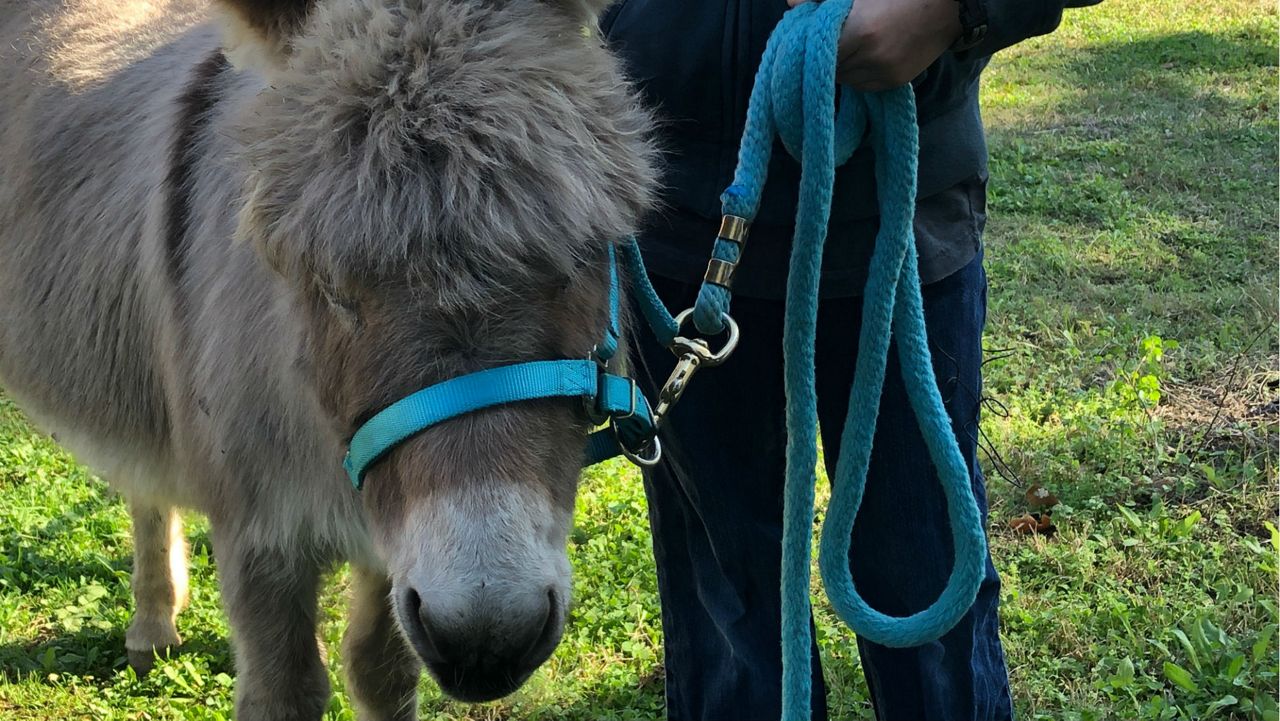 Lewis the donkey being led by one of his clients. (Spectrum News)

ROUND ROCK, Texas — What has four legs, fluffy bangs and the ability to make people feel better? If you thought of a cat or a dog, think again.

Therapist Kim Sullivan took Lewis the donkey home several years ago after seeing he was listed for sale online. When they met, she knew he’d be a perfect therapy animal.

“From the beginning it was just his calm nature,” she said. “He was just so gentle.”

Sullivan says spending time with a larger animal, like horses and donkeys, can help people calm down.

If someone interacts with Lewis it often times can help bring stress levels down.

Therapist Kim Sullivan took Lewis the donkey home several years ago after seeing he was listed for sale online. When they met, she knew he’d be a perfect therapy animal. LEARN MORE: https://t.co/8FtkZrLvj0 pic.twitter.com/0lmdfKpAn4

That’s why she takes Lewis to a variety of places like meeting students at Concordia University during finals week, detainees at the T. Don Hutto Immigration Detention Center, and residents at a local nursing home.

“One of my favorite moments with him was at Rock Springs at the Military Unit,” Sullivan said. “He seems to be drawn to the people who were having a hard time. He went up to this guy and he initiated the handshake.”

Lewis’ handshake is exactly what it sounds like: he offers his right hoof to someone and shakes their hand.

Lewis has other talents, though. Over the holidays he was a bell ringer for the Salvation Army. He also paints with some of his therapy clients.

You can learn more about Sullivan and Lewis’ work by clicking here.