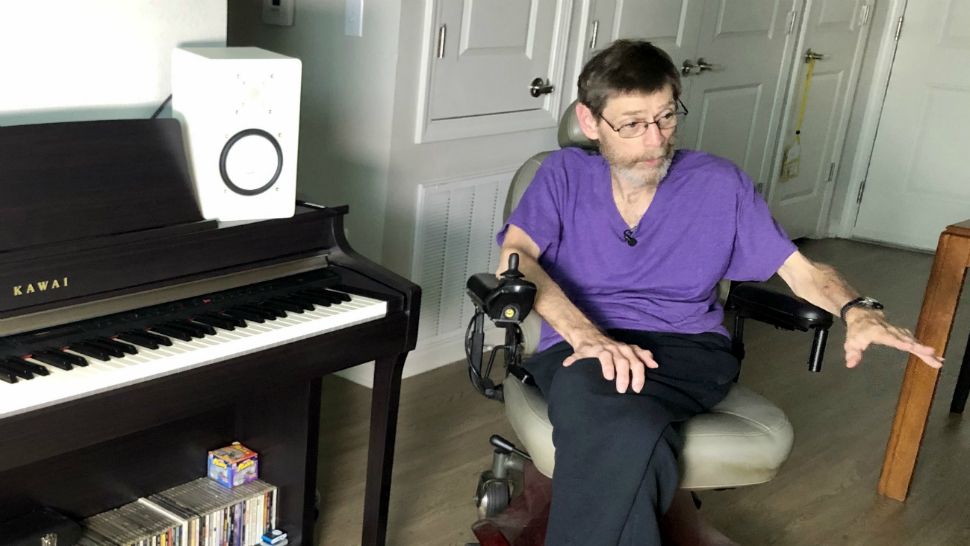 Musician Daniel King, who became homeless after suffering traumatic injuries, appears beside his piano in his apartment in this image from November 2019. (Reena Diamante/Spectrum News)

AUSTIN, Texas -- Local leaders say the city of Austin is in desperate need of more permanent supportive housing. After connecting with people camping outside of the ARCH as part of the development of an encampment response strategy, city staff members found some people needed to be specifically placed into these types of units. Lori Pampilo Harris, the city’s homeless strategy officer, told Spectrum News she believes the “tipping point” in the community is the investment into having more permanent supportive housing across Austin.

Through federal dollars, the nonprofit Caritas of Austin has been helping those who are living with disabilities and experiencing chronic homelessness through its permanent supportive housing program. The initiative combines low-barrier housing with onsite and ongoing supportive services helping people lead more stable lives.

Client Daniel King, a musician, moved to the Live Music Capital of the World from Texarkana. The now 60-year-old had a longtime business restoring pianos. That career ended in 2011 when he suffered traumatic injuries to his head and back.

“I was going through emotional issues, because of my divorce at that time, very traumatic. So both emotionally and physically coupled together, it all just kind of began to fall apart very quickly. Loved the family and everything, to see it all fall apart you lose control. You have no hope for a future at all,” King said.

A stroke further impacted his ability to work, and soon King was struggling on the streets of Austin.

“A person that finds himself homeless sees no way out of this situation. So why should they even try then? So if you can tell them that there are resources for them, show them that they can move forward with their life, have a safe place to live, and you won't see them on the street so much,” King said.

King has not been on the streets since he got connected to a case manager at Caritas of Austin’s permanent supportive housing program in 2013.

“Staff meet one on one with clients to really figure out what it is that client needs, whether it's access to health care to improve their health, mental health services, things like that. It's really an individualized approach for clients to really to focus on not only their housing stability, but their their overall well-being,” Jason Phillips, the nonprofit’s deputy director for permanent supportive housing and integrated services, said.

Phillips said in the program, 30 percent of a client’s income goes towards housing. He said last year, 98 percent of clients there remained stable in housing and did not return to the streets. Phillips adds it costs less this way than relying on law enforcement and emergency services to address homelessness. Currently, Caritas of Austin has 133 units of permanent supportive housing.

“We know what solves homelessness. It’s housing and community-based services. We're doing it, us and other service providers in Austin, and the big thing is, we just need to be able to scale that up,” Phillips said.

With housing already taken care of, King said he can now focusing on improving his health.

“You're able then to have a better attitude, mental attitude, and emotional attitude. It goes a long long way for a person's well-being. It may not be all the answers, but it will take you a long way,” King said.

Around King’s one-bedroom apartment are reminders of his past, but as he envisions his future he knows he is not alone.

““Finding yourself in a situation where you don't know really what the future might hold for you, it’s amazing to have the reassurance that there are people there to help you,” King said.

This week, the Austin City Council approved the purchase of a South Austin motel to shelter those experiencing homelessness. Some hope down the line the facility is converted into permanent supportive housing.