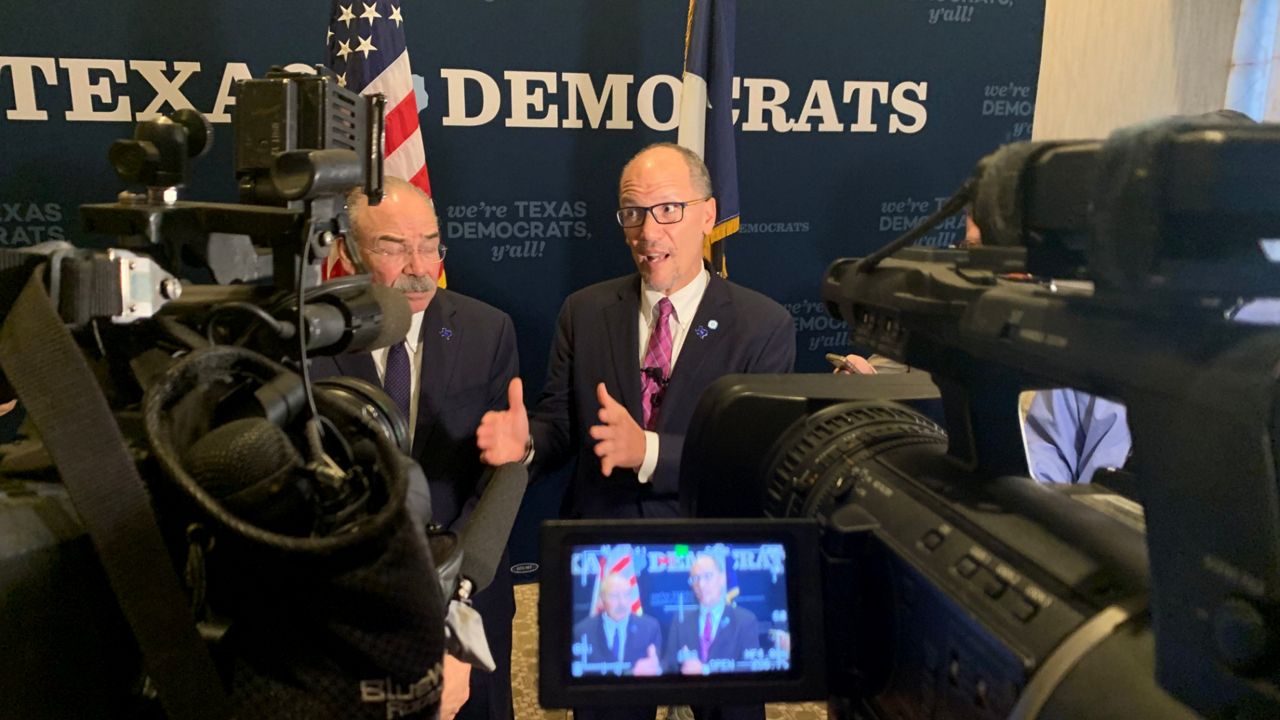 Democratic National Committee Chair Tom Perez was the keynote speaker at the annual fundraiser for the Texas Democratic Party. The theme of the evening — Texas' newfound status as a battleground state.

DNC Chair Tom Perez said that this year, the national Democratic Party has funneled an unprecedented amount of resources into Texas to help Texas Democrats win up and down the ballot. That includes helping Democrats in their effort to win nine more seats in the Texas House to regain control from Republicans in 2020. It's especially critical for the party because the 2021 legislature will be responsible for drawing political districts for the next 10 years.

Another focus for the party will be supporting the Democratic challenger to John Cornyn's U.S. Senate Seat.

Beto O'Rourke's run against Ted Cruz in 2018 was a focus of national attention, with O'Rourke losing to Cruz by just a few percentage points. Since then, Perez says Texas demographics have shifted in favor of Democrats, who have an opportunity to target disaffected Republican voters, new Texas transplants from the East and West coasts, and register young, Latino, and African American voters.

"I think there is opportunity everywhere here,” said Perez. “We weren't going to wait until October 2020 to have an ‘aha’ moment that we might be able to win in Texas, the work we do now is going to in large measure determine our success later, which is why we're helping with these early investments."

One of those investments was the DNC designating Texas to host the third democratic debate just three weeks ago. At the same time, established Republicans like Senators Cruz and Cornyn, and Governor Greg Abbott are doing their part to keep Texas solidly red.

All of which will make Texas a key state to watch, especially in the 2020 presidential election.

Photo of people at the Johnson-Jordan Dinner on Oct. 5, 2019 (Spectrum News)