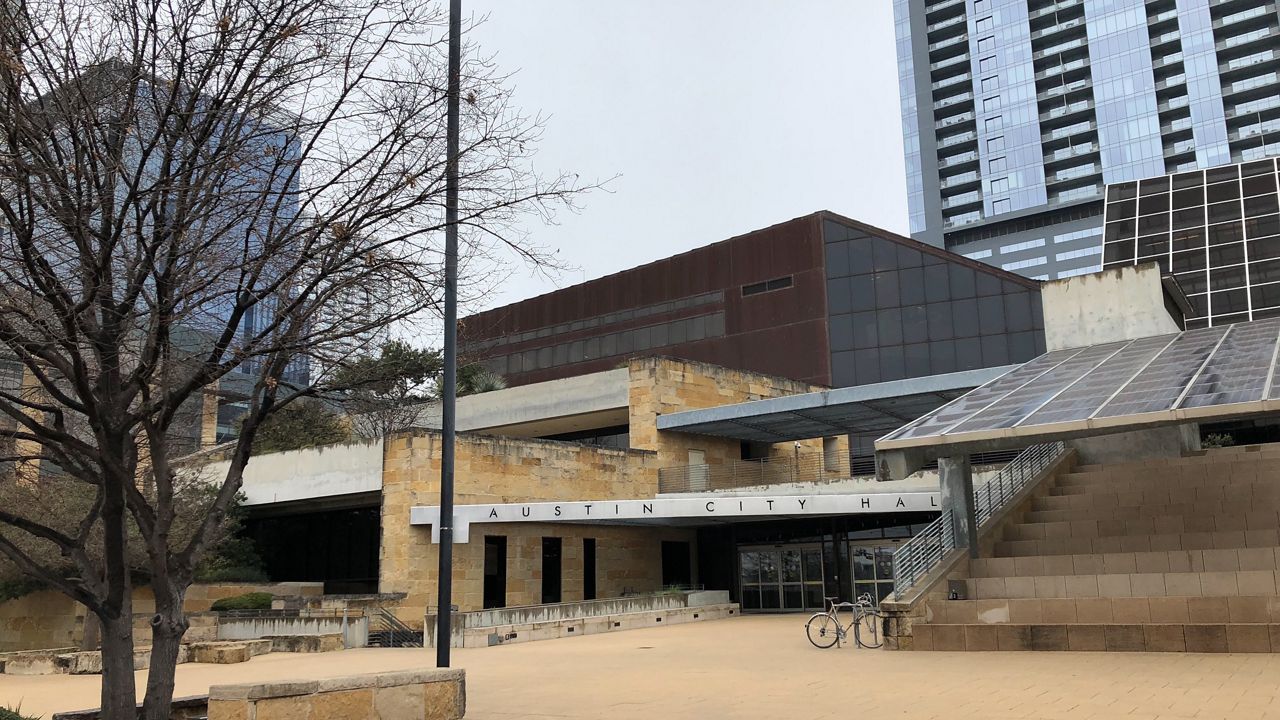 Austin, Texas — The Austin City Council approved its largest budget ever, which includes an historic $62.7 million investment into addressing homelessness and an increase to police ranks.

The $4.2-billion-dollar budget for fiscal year 2020 passed Tuesday assuming the city will max out the property tax revenue by 8 percent, the last time to do so, before state law will cap growth next year.

City officials said with a property tax rate of 44.31 cents, the city tax bill would be $1,408.78 a year for a typical homeowner of a median-valued home of $353,265. They said a typical taxpayer should see a 2.9 percent increase on their taxes.

“This budget will get us closer to where we want to be on our shared citywide priorities, and will help us advance on the critical issues that will determine our future,” said Austin City Manager Spencer Cronk.

Council member Jimmy Flannigan of District 6 was the only one who voted against the revised budget, but said he initially was prepared to pass it.

“My concerns remain that we are not making good decisions for the long-term fiscal position of the city, which is why I ultimately voted no on the budget. I continue to be frustrated that we can see charts that have deficits charted at three, four, and five years, but we’ve done very little to adjust to that,” Flannigan said.

Included in the budget is funding for the hiring of 30 additional police officers, despite some pushback from a couple of council of members and community activists who noted there are still a number of vacancies in the Austin Police Department.

In a statement, Austin Mayor Steve Adler said the following:

“The funding is important, because although we will not fill these positions, during this upcoming fiscal year, the money that supports those positions will be used towards policing initiatives, whether it be the backfill that we need to have the appropriate number of officers on the street at any given time or the initiatives like we’re doing in the downtown entertainment district right now to address the spike in crime,” said APD Chief Brian Manley.

“I hope that as we move forward in this community, we try to get to outcomes and not just get to numbers, and not just say we’re putting a certain number of people on the street, but trying to make a certain kind of change in the community,” said Council member Greg Casar of District 4.

But what council did not approve was a proposal to turn more than two dozen vacant firefighter positions into command technicians, although some members said they were open to ongoing conversations about it. Fire Chief Joel Baker said command technicians provide added support for battalion chiefs and shift commanders. By voting against the program, council members freed up money for wildfire mitigation and a new fire station in Del Valle. For that, Baker said he still considers it a “win” for the department.

“We’ll just go back and see what funding is available in the future. Not having the [command technician] program, it’s not going to delay our service delivery to the community. It’s not going to put us in a worse condition,” Baker said. “I came here today looking to ask for one initiative, one new program, but yet we walked out with two.”

In a statement, Mayor Steve Adler said the following:

“The budget Council has approved is responsible, innovative and focused on equitable solutions. It embodies the priorities and character of Austin, with investments in arts and music, affordability and mobility, public safety and making chronic homelessness a thing of the past. The budget accomplishes all of this while preserving city service affordability for residents and homeowners.

“State leadership has made this kind of budget very difficult to achieve in the future. While tying the hands of cities with revenue caps, the legislature has also opted not to promote or fund statewide solutions for major challenges that affect major cities, including homelessness. We remain hopeful that state leadership may yet consider help for Texas cities as other states have recently done.

“In the meantime, our budget will take on sexual assault, mental health services and execute the solutions promised by the 2018 affordable housing bond. It improves the transparency and accountability of community policing and assists arts and music groups in danger of being displaced.”