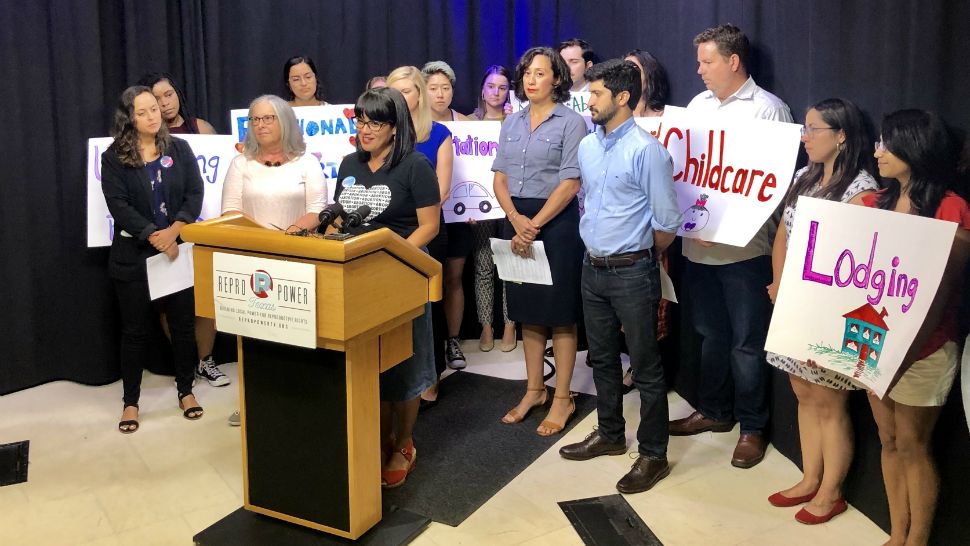 But, some Austin City Council members are looking at the ways they can still support women seeking abortion care.

Monday, local advocates joined four council members to announce an effort to dedicate up to $150,000 in the upcoming budget to help cover practical support services for women. This includes transportation, lodging, child care, and counseling.

The funding would not go to the procedure itself.

“Having access to a full range of reproductive health care including abortion falls disproportionately on minorities and low income people. As a council member that truly believes in prioritizing equity, this is just another way that we can prioritize equity.” --  Mayor Pro Tem Delia Garza, of District Two.

Amanda Beatriz Williams is the executive director of the Lilith Fund, which provides financial assistance to patients. Williams said the group receives 6,000 calls on their hotline every year from women who cannot afford health care.

“People are forced to pay out of pocket for their abortion care and all of the additional expenses like child care, lodging, transportation and lodging that add up and create barriers to the care that they need,” Williams said.

But some anti-abortion groups believe there are better ways to spend taxpayer dollars. Joe Pojman, the executive director of Texas Alliance for Life, said he does not think the funding will be well-spent “promoting abortion,” but would rather be used on the 23 organizations in Austin under the state’s Healthy Texas Women program.

“These organizations will provide what they need and it is far beyond birth. We have never met a woman that sought abortion as her first choice. Typically, women seek abortion because they feel they have no way out. The City of Austin is not helping them in those circumstances. What we should be doing is using taxpayer dollars to promote compassionate alternatives to an abortion,” said Pojman.

The announcement comes after the Texas Legislature passed Senate Bill 22, which limits cities from partnering with abortion providers, like Planned Parenthood, and their affiliates, even for services that are not related to abortions. If the city council approves this budget proposal, Austin Public Health officials would facilitate the funding, which would only go to organizations providing assistance.

"Senate Bill 22 passed the Texas Legislature to afford the same freedom at the local level that the federal and state have by preventing taxpayer dollars from funding the abortion industry.  I have not read the amendment to the City of Austin's budget yet but on its face, it defiantly violates the spirit of Senate Bill 22, if not an outright violation against the law. I will be working with the Attorney General's Office on this issue."