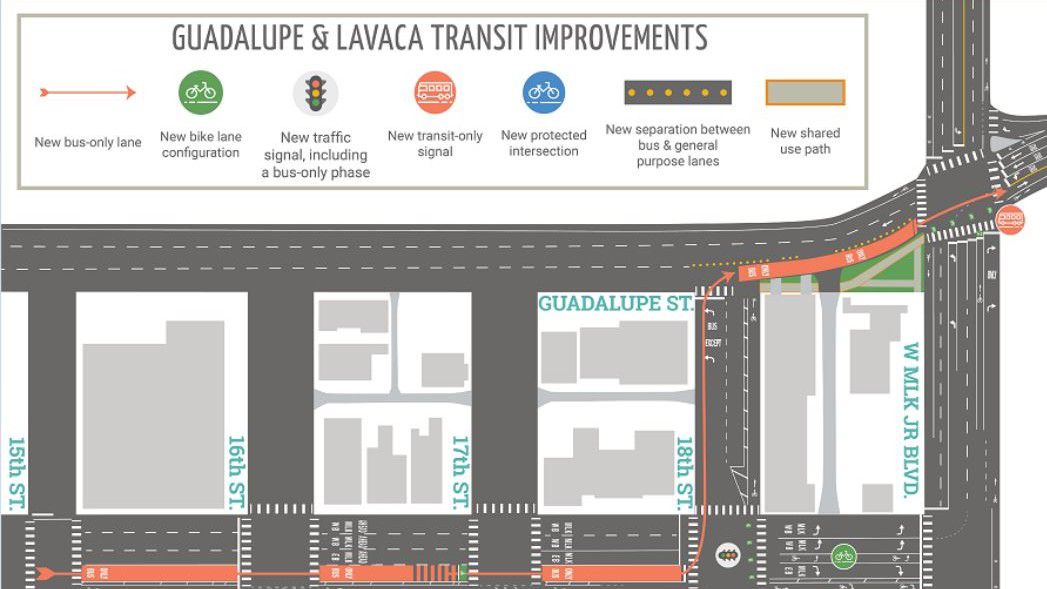 AUSTIN, Texas — A new dedicated bus lane is opening this weekend in the downtown stretch of Guadalupe Street.

Over the past few months, crews have been constructing a passage called a contraflow lane, for buses to travel against traffic. The changes include a red-painted, northbound, bus-only lane on Guadalupe Street between 18th Street and Martin Luther King Jr. Boulevard.

Capital Metro’s bus operations director Jenn Goleck said the lane should ease traffic issues on Lavaca and Martin Luther King Jr. Boulevard, which is one of the most congested intersections in the city.

"This will speed up the buses going through this area,” said Goleck. “The average customer who rides through here every day will save about two hours from their commute time a year by using the contraflow.”

The new lane opens on August 18.