AUSTIN, Texas -- The City of Austin is taking a look at its process for public art after an East Austin mural was put up in April.

The mural depicts community members turned victims of gun violence and police brutality. It started after the death of Andre Davis Jr., a man shot and killed during a robbery in Givens Park near the mural’s current location.

The artist that painted the mural, Michael Malik Williams, said he wanted people to remember a beloved member of their community. He knew Davis from his time sitting around the park.

"Dre was a friend of mine," Williams said. "He was a legend in this town and died tragically before his time." 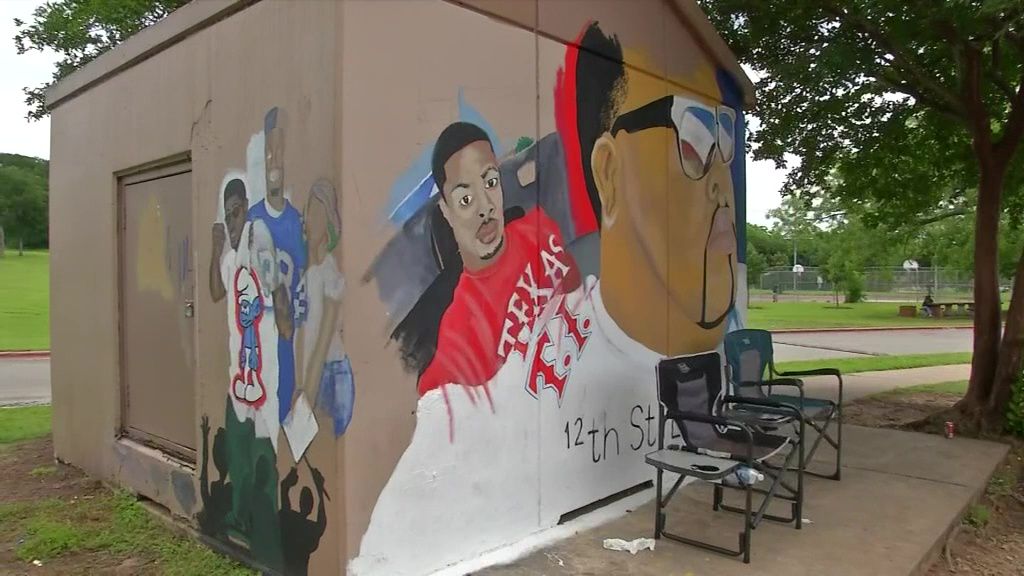 He painted the mural on a building in Givens Park without the permission from the city. According to the City of Austin, the mural could have been considered graffiti and immediately removed.

Williams said at the time he didn't really consider asking.

"The inspiration was to strike while the iron was hot," he said. "They had the shrine and this was the spot where he was killed."

Activist Fatima Mann and her group Community Advocacy and Healing Project are helped make sure the mural was safe. She started the online petition and the hashtag #ArtIsHealing to convince the city to allow the mural to stay.

"Austin has amazing food and weather and hiking trails, but one thing they don't have is cultural mindfulness." -- Activist Fatima Mann.

The group's goal is to secure a space in Givens Park for the community to finish and update the mural to remember members of the East Austin community lost in these ways for generations to come.

"[The city is] not mindful of other people's cultural norms and what that looks like and how to create policy that will aid in preserving cultural norms," said Mann.

Activists and the city have been able to work toward a solution. Council Member Natasha Harper-Madison attended a community meeting on the mural in her district Monday along with members of the Austin Parks and Recreation Department.

She said she heard the community's message loud and clear. She said in a statement to Spectrum News that the mural is safe and she'd work to make sure future murals aren't as hard for the community to create.