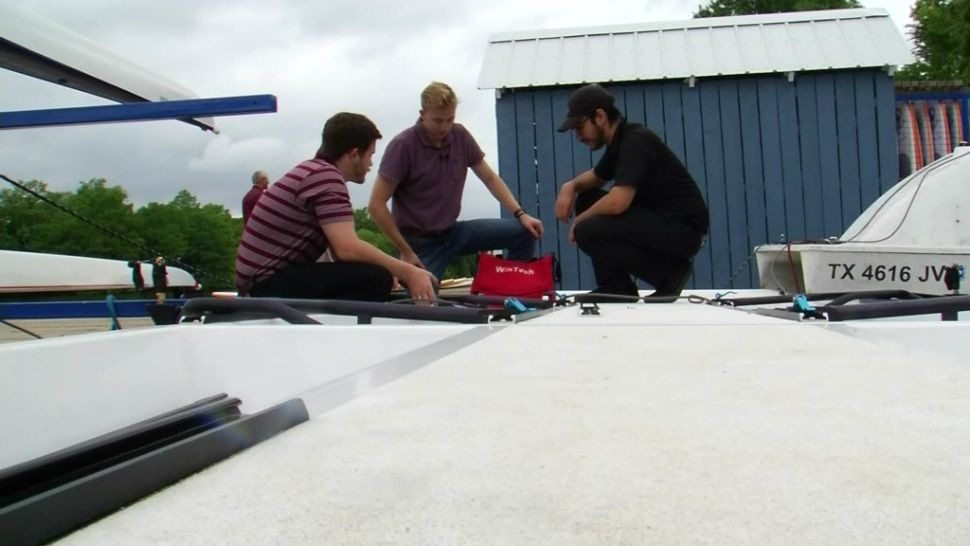 Special Seat Opens Waters to Those With Disabilities

AUSTIN, Texas -- Enjoying the lakes and rivers around Central Texas is one of the most appealing parts of the area, but getting on the water can be dangerous for some people with disabilities.

Barges with extra stability have been designed to help, but still aren’t ideal for those with spinal cord injuries and limited lower limb mobility.

Greg LaKomski is a lower-limb amputee himself and a board member for Texas Rowing For All.

“In order to put them into a boat with other people it became a real challenge with having to disassemble part of the boat. Then an hour later I’m able to get folks into the boat. That’s not acceptable,” said LaKomski.

LaKomski helped design a special, fixated seat that would be easier and quicker to attach to a barge. He then tasked a group of Texas State engineering students to make that design a reality. The students are nearly finished with this one-of-a-kind seat.

“Rowing has been an important part of my life and being able to have other people with disabilities be able to experience that is a really awesome feeling,” said Texas State student Elijah Danielsen.

The plan is to have multiple fixated seats available so a group of people with disabilities can use this special barge at the same time and row as a team. It provides an opportunity that wasn’t available before.

“Just to have the ability to say we’re going to bring a full group out people with spinal cord injuries and be able to teach them in a group lesson,” said Texas Rowing For All Director Tony Kuhn.

This will provide equal opportunity for everyone who wants to get on the water.

“No one wants to feel different, everyone wants to be a part of something and that’s what we’re offering here,” said Kuhn.