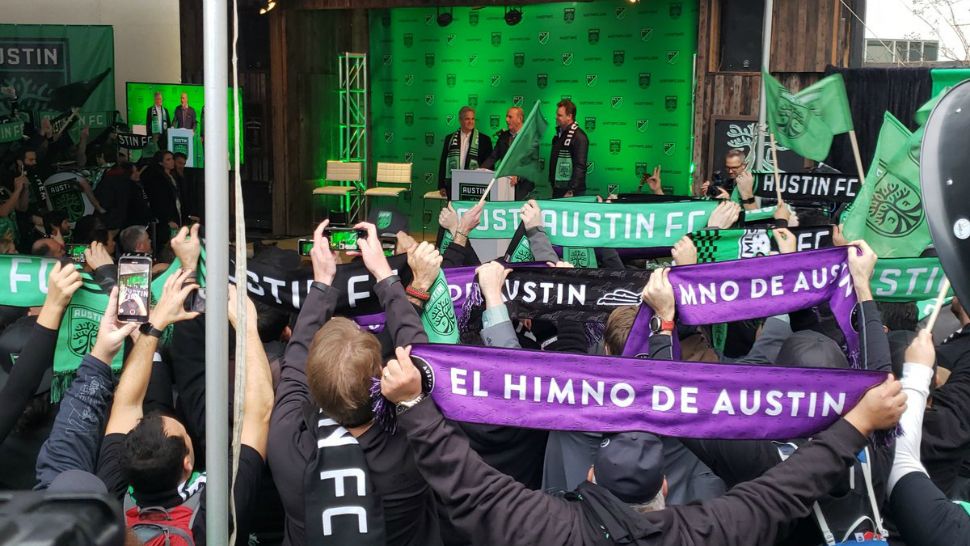 Scene from the official announcement of Austin getting an MLS team on January 15, 2019. (Spectrum News Photograph | Jeff Stensland)

The battle over Austin FC has gone into overtime at the state level. The bill in question, Senate Bill 1771, proposes allowing other tax entities to tax any property built on city-owned land.

The bill would include the soccer stadium at McKalla Place. The City of Austin agreed to lease their land near The Domain to Precourt Sports Ventures.

Precourt is the owner of the Austin FC team, which will pay for the stadium without having to pay property taxes.

Some of Austin's city-owned land, including where the stadium is being built, is currently tax exempt. During negotiations with the team, City Council decided to block other tax entities, which includes Travis County and Austin Independent School District from taxing the stadium.

If the bill passes, it would open the doors to both entities to collect taxes on it.

Precourt’s president spoke against the bill at Tuesday’s public hearing, saying it could jeopardize the soccer team's future.

For the bill to move forward it will have to be approved and go before the full Senate.